This year marks the 30th anniversary of International Day of Older Persons. As we celebrate it this week on Thursday, October 1, let us remember how difficult a year 2020 has been for the older persons in our society. The Covid-19 pandemic has caused unprecedented fear and anxiety, as well as loneliness and social isolation for so many. In mid March when the Government directed people aged 70 and over to stay indoors, curtail social visits from friends and family, and halt outdoor exercise, it had a huge effect on people’s everyday routine and quality of life. There has since been a call for the ‘voice’ of older people to be heard.

Consultant Geriatrician at Bantry General Hospital and Acute Stroke Clinical Lead, Dr Brian Carey strongly believes that we should be empowering older persons to make decisions for themselves. “Older people are no different to people of any other age,” he stresses “they have the right to self-determination and I think once they’re properly advised about the risks involved and the protective mechanisms, they’re well able to judge for themselves and make up their own minds.

“I, and a number of my colleagues, would have had an issue with the advice that was given initially on the blanket lockdown for people over 70.”

At the beginning of lockdown, many of the services that older persons in our community rely upon, simply shut overnight; respite, day care centres, even home help disappeared.

The Alzheimer Society of Ireland has expressed concern that the health impact on people living with dementia and family carers is not being adequately considered in the context of the Covid-19 pandemic.

Dr Carey is also concerned. “We are seeing a lot of stress and depression, particularly in carers,” he says. “Most carers are older themselves and have had difficulty coping because of the lack of access to those services. The loss of routine when having to self-isolate is very disruptive for people with dementia, which of course has a big impact on carers too.”

Dr Carey says the loss of day care centre and respite services is a huge blow to older persons. He emphasises again how huge the strain has been on carers. “They are suffering psychologically, emotionally and even physically in some cases.

He is calling for national guidance in relation to the opening of respite and daycare centres. “I believe it needs to happen quickly,” he stresses. “I think it’s doable with appropriate funding and precautions but a lot of people are in limbo at the moment.

“Home help coordinators are doing their level best to put home help and support services in place for people who have not been able to access them due to Covid but this is falling short. However we would be in a much worse position except for their efforts.”

Dr Carey is also worried about the longterm psychological effects of the pandemic. “One of the worst things I’ve seen – and it’s something that people will carry with them for the rest of their lives – is people dying in acute hospitals without access to family members and limited funerals and so on.”

“I don’t think we will really know the good we’ve done and the harm we’ve done for a few years,” he says. “It’s only on looking back that we’ll be able to say what we got right and wrong.

“One thing I think we can say for sure that the HSE got wrong was the protection of older people in residential care.  At the time, acute hospitals were being concentrated on, whereas more attention needed to be given to residential care. We know that now in retrospect.”

As a result of cocooning, older people have also been getting less exercise. “Like all ages, some older people are terrified by the prospect of catching Covid, but the benefits of exercise, particularly in older people, are huge in maintaining mobility, heart and brain health,” advises Dr Carey.

“I really think people need to get out and about as much as possible because physical activity is so important,” he says. “While social activity is of course difficult if you are self-isolating, within the guidelines and boundaries, I would encourage people to get out and meet people, help people and think about your neighbours.”

All of the services are now up and running at Bantry General Hospital. “Everything does take longer in the hospital because of the need to ensure that every precaution is taken for social distancing and so on,” explains Dr Carey “but everything is operational, including the Stroke and Rehabilitation Unit.

“West Cork and Bantry Hospital in general has been lucky so far with the amount of Covid-19 we’ve had to deal with,” he says. There have been a total of three confirmed cases in Bantry General Hospital, with the last one back in April. A Covid and non-Covid pathway has been put in place into the hospital.

Dr Carey would encourage everybody to get the flu vaccine and pneumonia vaccine if they haven’t had it already. “Especially if you’re an older person or living with an older person.”

“There is the hope that the flu season won’t be as busy as other years because of social distancing and isolating,” he says “but we still need to take all the necessary precautions.”

Overall the community response to this pandemic has been fantastic. “It has been one of the real positives out of all this,” says Dr Carey. “I saw so many older people confined in their homes being helped by neighbours. There is a real spirit of being in this together and I do hope that continues.”

Mon Oct 5 , 2020
Most days, seventy-five-year-old Peter Carney, Skibbereen, hums a happy tune. The energetic musician, who always tries to look on the positive side of life and finds it difficult to keep still, has taken lockdown and the pandemic in his stride. One thing he really does miss however is his weekly […] 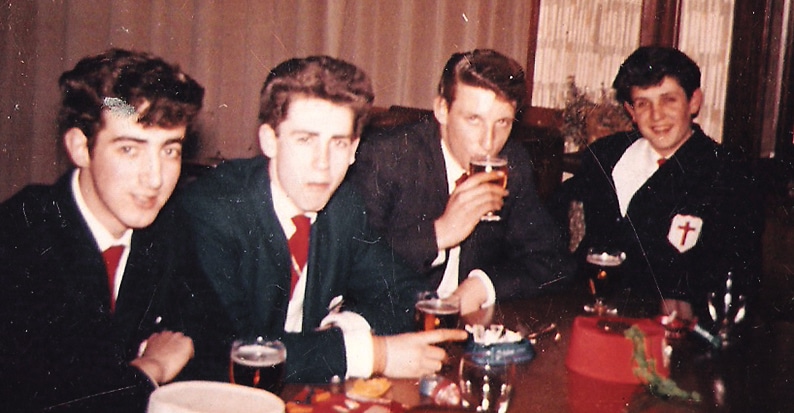