The Clonakilty Area Sports Club community employment scheme (CASG) has been working in the community in some shape or form for the last 30 years and the experience over the last 15 months has perhaps been a reminder of just how important that work is.

Community employment (CE) provides an opportunity for people who find themselves out of work to get work experience in the community doing a variety of valuable jobs. In return participants on the scheme get access to quality training as well as a chance to build on skills they already have or develop new skills. All the wages, training funds and materials budget is funded through the Department of Employment and Social Protection (DEASP).

There are, at the last count 34 posts in 12 different projects and locations in Clonakilty, Rosscarbery, Rathbarry, and Ardfield. These community posts are in areas such as gardening, caretaking and maintenance, administration, social care, and sports surface maintenance. Many clubs (or sponsors) would struggle to do the work they do without the support of the scheme.

“This valuable community work would not happen without the work of the community employment participants,” Michael Coughlan, chairperson of the CASG Management Committee says. “I am also on the Ardfield Tidy Towns committee and, as one of the sponsors of the scheme, we can see directly the impact of the work of the participants to the environment in Ardfield. You could say that they form the backbone of much of the work done.”

John Moloney, another member of the CASG committee and chair of Rosscarbery Tidy towns agrees. “We recently erected a ‘Famine Pot’ in the town and the CE participants brought their skills and hard work to make it a new and beautifully poignant feature in the town.  Overall the work done by the CE participants creates a wonderful environment for us all to live in. There is great pride in what is contributed to the local community by the community employment participants.”

Another of the projects within the scheme is Saint James’s GAA club in Ardfield. The development officer at the club, James Butler, said that they would struggle to maintain the facilities to the standard they are without the work of the community employment participants. He pointed to the example of how, for the first time Saint James’s GAA was awarded a West Cork Junior A’ final to host.

“This was in recognition of the quality of our facilities, including the new scoreboard we erected and the overall high standard maintained at the club. This simply would not have happened without the work and skills of the community employment participants.”

Another sponsor on the scheme, Clonakilty Tidy Towns has enjoyed great success in national awards and is often seen as an example of innovation and creativity. Last year Clonakilty Tidy Towns developed a sensory garden at the West Cork Model Railway Village, a wonderful contribution to community life in Clonakilty. This year they are developing an area known locally as ‘Bennet’s field’, which is being turned into a biodiversity garden complete with a pond, a bandstand and raised beds full of vegetables for the local community to enjoy.

Catherine O’Connor is the PRO of Clonakilty Tidy Towns. “Clonakilty Tidy Towns could not perform at such a consistently high standard without the support of the CE Scheme participants and their support is instrumental in Clonakilty’s level of success achieved over recent years”.

Ronan Murray has just completed two years on the scheme working at Rathbarry Tidy towns. Ronan describes the benefits to him as a participant on the scheme. For him, the benefits of being part of this scheme were twofold. On the one hand Ronan describes how he felt he was adding to the life of the community. “Members of the community would come up to me on the road and tell me of the impact of the work that I did and what that meant to them. One woman commented that the work I had done up at the well made it one of her favorite places to go and sit. This kind of comment made all the work worthwhile.” Ronan described an added but equally important part of his experience. “Being part of the scheme also gave me the opportunity to develop my business. I was able to develop my publishing and graphic design business (www.mcpublishing.ie). Ronan is now able to leave the scheme and devote himself full-time to his business.

“I don’t think this would have been possible without the support of the scheme”.

Another participant on the scheme, Roger Forsyth is based at Pairc ‘n’ Tobair in Rosscarbery, an area of unspoilt beauty beside the lagoon in Rosscarbery, now under the trusteeship of Green Sod Ireland. Roger is coming to the end of his three years on the scheme and expects to complete a Major Award in Horticulture before he finishes. He describes the great feeling of satisfaction from being part of the transformation at Pairc ‘n’Tobair. “It is a beautiful place to work now. We have polytunnels, chickens, woodland. It’s a gem of a place.” Roger also sees other benefits of his time on the scheme.

“Before I started on the scheme, I had been looking after my children at home for a while and probably felt a little bit isolated. By joining the scheme in Rosscarbery Tidy Towns first and then Pairc ‘n’ Tobair, I was able to meet new people, learn new skills and apply those skills to developing the wonderful environment in Rosscarbery.”

Roger describes how he has been able to take the skills he has developed and apply them to parttime work he is now getting as a landscaper.“My plan is to expand my work as a landscaper to make it full time and develop my career in this area.”

Kevin McCaughey is the CE supervisor and has seen first hand the exciting work done by participants on the scheme, as well as the progression shown by many on the scheme.

“CE can be a chance for somebody who has been out of work for a while to get involved in the community and do important work. It can be dispiriting for somebody to be out of work and that can impact on their self-confidence and belief in themselves. I have seen real transformations in people from their time on the scheme. Their confidence has improved and they have started to consider avenues for themselves that they may have not before. CE provides a chance for them to consider what they would like to do.  Many people have not had the opportunity to reflect on what they themselves would like to do, what career they would like to pursue, what skills they would like to develop.  CE gives that time and also crucially the training budget to put it into action.”

For any further information on the work of the sponsors including any vacancies on the scheme Kevin McCaughey can be contacted at 0852579501 or at Kevin.mccaughey@caspgroupce.com.

Sinead Burton also supervises another CE scheme in Clonakilty and can be contacted on 085 8622665 or at sinead.burton@wccepce.com for any information about vacancies and opportunities.

Mon Jul 5 , 2021
Union Hall RNLI assisted two people late last month after their 34ft yacht got into mechanical difficulty off Toe Head. The volunteer crew were requested to launch their inshore lifeboat ‘Margaret Bench of Solihull’, by the Irish Coast Guard. The lifeboat helmed by Michael Limrick with Liam Limrick and Craig […] 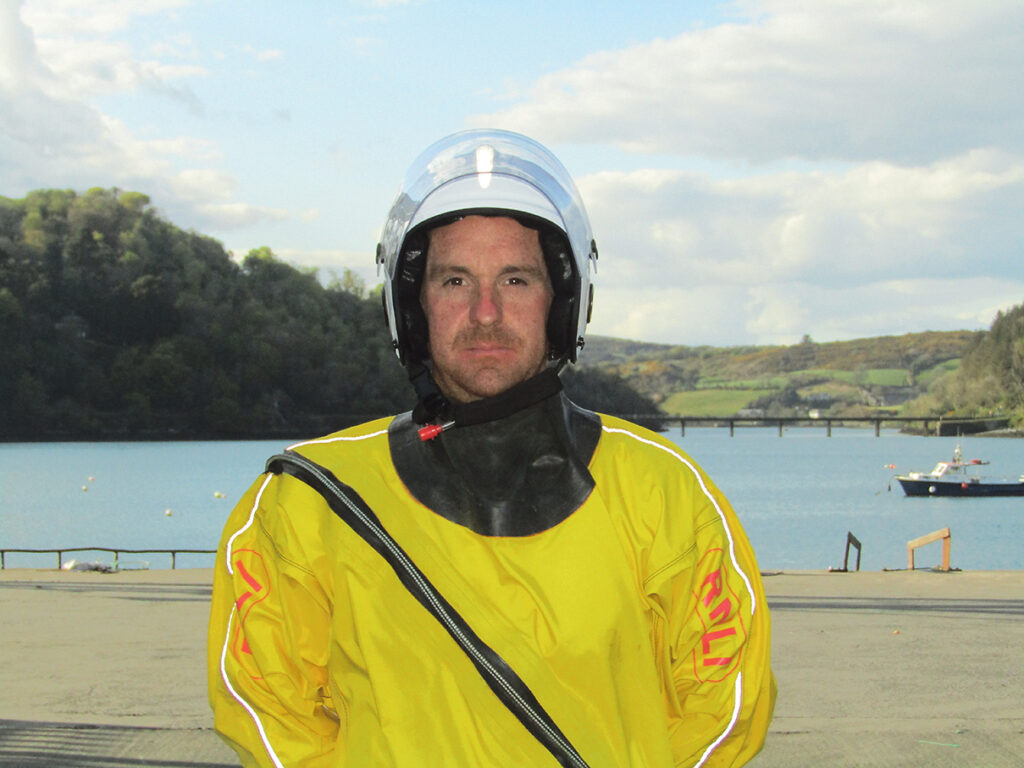