Over the course of the recent global week to ACT4SDGs, I addressed the European Assembly at the Global People’s Assembly. It was an event, which was run as part of a three-day programme running parallel to the UN General Assembly.

Featuring speakers from 80 countries, it was an incredible showcase of ambition, creativity and ideas, a space where people working on issues benefiting humankind and the planet, shared their ideas and input into a ‘Declaration’, that will ultimately be shared with the UN, as well as governments worldwide.

Following on from the recent State of the European Union Address from EU Commission President Ursula von der Leyen, it struck me that this sort of ground-up, community and stakeholder-led engagement, has a huge role to play going forward. One of the criticisms of Commissioner von der Leyen’s address was that it was short on specifics around ways to progress the European Green Deal. It’s all very well to have ambition and lots of lofty ideas and aspirations, but without concrete, specific actions, targets and deadlines, we’re all just covering the same ground over and over, like hamsters spinning inside our wheels.

At the heart of what I spoke about at the event, was the idea that we are all interconnected. The title of my talk was: ‘So Close and Yet so Far’. That spoke to the idea that when we speak about home, we are also speaking about ‘the planet’, home to us all. When we speak of family, we are speaking of humankind throughout the planet.

My life, my work, my activism, my political campaigning and action are, at their core, about creating connections. There is no doubt that we are living at a time in history, when the world has never been closer, with technology, information, digital access, communications and travel opening up the world and bringing us into closer proximity and awareness of each other and nature.

These connections and ‘conveniences’ certainly make the world seem a little smaller, but they lead me to the question – do they serve to make the world more generous, more fair, more sustainable?

We are inextricably linked, as humans and other biodiversity, as global co-inhabitants of our planetary home. We have shared-goals and common ground and yet it is fair to say that for so many, the distances between us are oh so far.

In this modern world of extremes, where we see an exhaustingly skewed focus on making money, where the gaps between the haves and have-nots grow ever wider, it can be hard to truly see the inter- connectedness of humans with each other and with nature.

My current work in the political arena focuses on human health and the health of the environment, which, of course underpins our ability to survive and is a priority for me as a legislator.

Climate change is threatening our survival. Biodiversity decline is spiralling out of control. Images of conflict and evidence of widespread brutal disregard of basic human rights fill our screens, day in, day out. We are far away from equality, from equity, from ecological, economic and social balance, sustainability and fairness.

My work is a daily reminder that we are perilously close to pushing our planet past its tipping point and that all decision-making, from the ground up and the top down, must respect and comply with the UN Sustainable Development Goals and work within the planetary boundaries.

At the moment, as part of my work on the ENVI Committee for the Environment, Public Health and Food Safety, I’m in trilogue negotiations with the European Commission and Council, as the European Parliament’s lead negotiator, the Rapporteur, on far-reaching environmental legislation, the 8th Environment Action Programme (EAP).

The EAP tackles many issues related to the environment, but over the past few days, as I’ve listened to speakers addressing many topics including pleas for a global call-to-action on poverty and the Sustainable Development Goals, I’ve realised just how important it is to address the way we measure success.

A key area of the EAP focuses on our economic model, and how we need to look beyond it. The current global economic model uses GDP growth as the sole measure of progress. GDP, to my mind, is essentially about production at any cost. That model operates at a detrimental cost to the planet.

The OECD says that GDP growth is tightly coupled with increased environmental degradation. And while the impact of this outmoded way of viewing progress impacts on the planet, so too does it impact on people, with the rich getting richer and the poor getting poorer.

Against the backdrop of our global climate and biodiversity emergency, it’s a sad and shameful fact that the geographical areas worst impacted by the ravages of climate change, are inhabited by people already at a social and economic disadvantage. The world’s poorest, who struggle to survive with food and water shortages and other challenges, are also the people now dealing head-on, with the catastrophic direct impacts of climate change.

Instead of GDP, a sustainable wellbeing economy uses the wellbeing of people and the planet as a measure of progress. It puts wellbeing at the heart of decision-making. It’s a fairer and more humane way of moving towards a growth model that is sustainable on every level.

I do, truly believe, there must be hope. Shared global action that brings us together, that brings us closer, can ensure that life on the planet will survive and develop in a sustainable way, into the future, where the aspirations of the Sustainable Development Goals can come into widespread fruition.

The green green styles of home

Mon Oct 4 , 2021
Going with this month’s theme of Green Homes, let’s take a look at how the colour green can make us feel when used in interiors. When you picture the colour green in your mind’s eye, what do you think of? I am transported into a forest and automatically start to […] 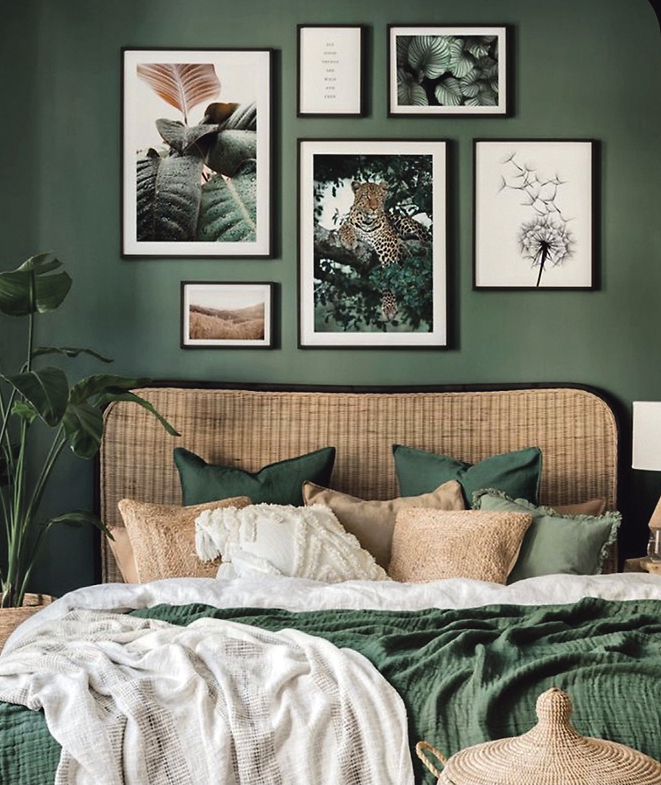