Everyone knows what a doughnut looks like. But what on Earth is ‘doughnut economics’ (as recommended by President Higgins, David Attenborough, and the Pope)? Moze Jacobs and Alice Glendinning shed some light on the subject.

English economist Kate Raworth decided in 2012 that this is exactly how growth should unfold –– circular, instead of a single straight line going up and up at a slant like an airplane that has taken off but can never land. This old (and increasingly obsolete) economic model has had many ‘unfortunate’ side effects: Huge inequality and the systemic destruction of biodiversity.

Traditional economics pretends that natural resources are ‘free’ and external: Even if life on the planet totally depends on it. The norm was, and often still is, to produce, use, and throw away. Never mind the Great Pacific Garbage Patch with its 1.8 trillion pieces of plastic. Never mind people doing meaningless jobs for low pay. And never mind the ridiculous debt burdens that can never be repaid.

Raworth’s alternative economics offers a different approach. Her idea is to design healthy economies, where people can survive, thrive, and feel safe in the knowledge that they will continue to have food on the table and a roof over their head and work that is fulfilling and not demeaning. How that food is packaged and grown is an unresolved global issue. We cannot keep plundering nature and exhausting our resources. It is completely illogical. It makes no sense.

The ring of Kate’s doughnut is green. It indicates ‘the safe and just space for humanity’. The hole in the middle is exactly that – a shortfall. Coloured red (a warning signal) are all the areas of lack that too many people still face (or fear that they might tumble into). Such as housing, peace and justice, (clean) water and energy, good health, (nutritious and affordable) food. But these worldwide deficiencies can only be remedied, in the long term, and for the benefit of future generations, if we respect what Raworth calls the ‘ecological ceiling’. Otherwise known as the nine limits of earth’s life-supporting systems that we cannot afford to overshoot if our species wants to continue to exist at all.

Kate Raworth’s doughnut is a system-in-progress that is being trialled in the US and also in Europe. Last April, Amsterdam officially announced that it is ‘going doughnut’ (spearheaded by the deputy mayor) and in September, the Doughnut Economics Action Lab (DEAL) was launched, which serves as a testing ground and think-tank. Meanwhile, hundreds of cities, villages, and groups with an appetite for a changed and more responsible and social economic system are flocking to www.doughnuteconomics.org.

No. Local ingredients differ; no community or situation is alike. Each solution is place-based.

So what about Ireland?

President Michael D. Higgins, the first head of state who publicly praised the method, referred to “living in the Doughnut” as “humanity’s overriding goal”. There is a national Irish doughnut network, IDEN, which meets regularly. And a local group, the West Cork Doughnut Economy Network, is also swinging into action. It intends to connect communities, groups, individuals and businesses that want to implement the ‘doughnut ideas’.

Absolutely essential is the aim to meet people’s basic needs, as defined in the 17 Sustainable Development Goals such as ‘no poverty’, ‘full and productive…work for all’, ‘clean water’, and ‘halt biodiversity loss’. Owing to the urgency of the latter and the gravity of the current economic situation change may no longer be an impossible pipe dream. If we’re lucky!

There examples of people and businesses in West Cork, and elsewhere in Ireland, that already go out of their way to do things differently. Take Exploding Tree (formerly Clonakilty chocolate), founded and run by Allison Roberts. As avid readers of West Cork People will know, she abhors waste (and loves bicycles, which is a different story, although sustainable transport matters in a doughnut context). “In my dream world, I’d be able to sell all my chocolate bars unwrapped,” says Allison. “That is already happening more and more via my website.” She is very passionate about eco-packaging, is keen to share her knowledge, and lets other people benefit from her research. “I am taking it step by step and advising them to not see change as this massive beast. Add one thing at the time to your list. Start with your tape supplier, then pay attention to labels and so on.” On her website www.explodingtree.com she lists her suppliers (e.g. for biodegradable, compostable sleeves and vegetable-based ink). Equally important to how she runs her business is the origin of ingredients. Everything is Fairtrade. This worldwide agricultural standard is certified by Fairtrade International and the Rainforest Alliance. Both are ‘committed to tackling unsustainable production and market practices’. No child labour or slavery. Guaranteed minimum prices. In other words – less poverty. Allison explains that she buys all her cocoa beans from a Fairtrade co-operative in Ghana. “There are systems of abuse in commodities that I absolutely want to avoid,” she says. “But I am also consciously part of the local ‘ecosystem’. To me, that means a focus on community-minded small businesses. If we had more of them, our towns would thrive. Small and walkable centres. That should be the future!”

The West Cork Doughnut Economy Network will be setting up meetings for businesses and communities and individuals. If you’d like to know more, please send an email to westcorkdoughnuteconomynetwork@gmail.com and/or read next month’s West Cork People.

Sat Mar 6 , 2021
Opel has dropped the ‘X’ from their new Crossland, but that’s only the name and they certainly have made up for the disappearance of the ‘X’ with some impressive designs in the new car Crisp and compact on the outside, spacious and versatile on the inside, the new Crossland is […] 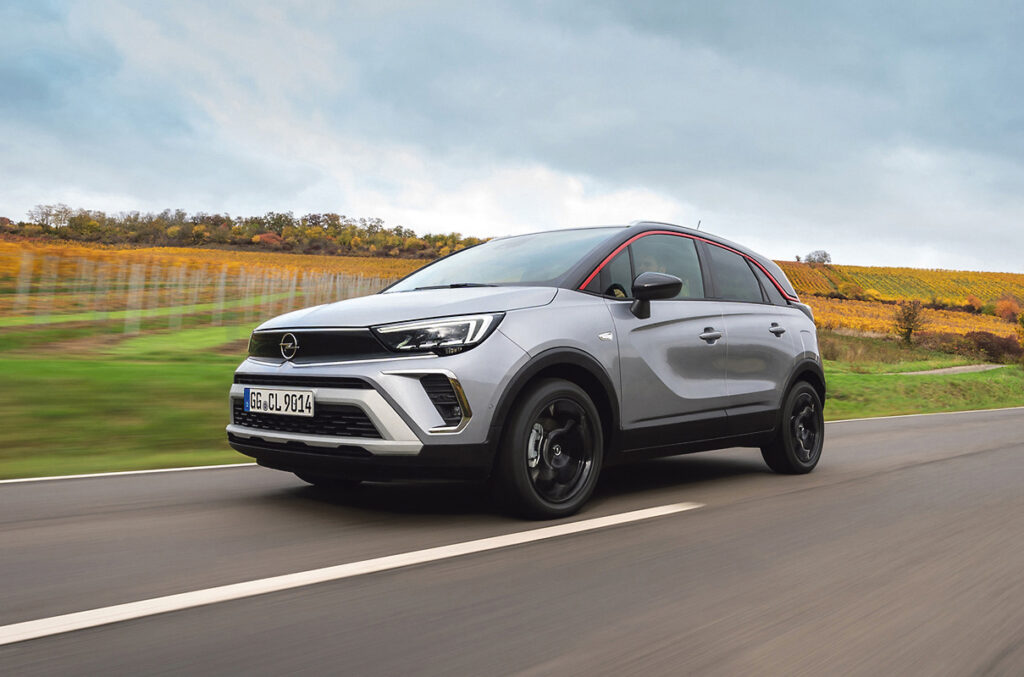