At the recent Plenary week in the European Parliament, I spoke about the new Common Agricultural Policy (CAP) package. Plenary is the intensely busy session where the entire parliament comes together to debate and vote on a multitude of issues. This month, while Brexit and Covid were obviously on the agenda, high on the list were the multiple amendments we were voting on around the future CAP. When I say multiple, I refer to almost 2000 amendments, many of them highly technical.

I can’t say, in all honesty, that it was the best week to be Green, where decisions around the future of agriculture are concerned. Some had described this as the CAP Reform. I suggested, when I addressed the Parliament, that whoever had come up with that description should check a dictionary.

Reform would mean improving what the European Commission presented, aligning the CAP package with and integrating the targets of the Biodiversity Strategy, The Farm to Fork Strategy and, most importantly, the European Green Deal (the von der Leyen Commission’s flagship programme).

Against the backdrop of an unravelling climate and biodiversity emergency, the future CAP should be transformative. It won’t be. As it stands, the future CAP will be regressive.

Only a few days before the Plenary debates on CAP, I was addressing the ENVI (Environment, Food Safety and Public Health Committee) and other committees at the launch of a European Court of Auditors report. That report concluded that declining biodiversity on farmland is a major threat to both the environment and to farming itself. It was a conclusion that weighed heavy on my mind throughout the following week’s votes.

There is absolutely no question but that farmers need to be supported. I don’t argue with the CAP providing payments to farmers, indeed, over the years those payments have been a lifeline for the agriculture sector at home in Ireland. However, it’s now vital, and urgent, that those payments are carefully targeted.

The UN Convention on Biological Diversity estimates that we have just 10 years to save our planet’s biodiversity from mass extinction. Farmers I speak to know how important healthy soil, songbirds and pollinators are to their work and they want to encourage biodiversity on their land.

It’s crystal clear that the current CAP, from 2014 – 2020, was not designed well enough to adequately support our farmers in protecting and restoring biodiversity on farmland. The new CAP proposal we debated was made by the last Commission, when Phil Hogan was the EU Commissioner for Agriculture. The Greens in the European Parliament did their best in arguing that the Commission should align the EU’s biggest spending programme (CAP) with its most important overarching policy (the European Green Deal). In order to ensure this policy coherence, the Commission should have come out with a new CAP proposal. In an ironic twist, the new EU Commissioner for Agriculture, Janusz Wojciechowski, has publicly agreed that the CAP package is not fit for purpose.

MEPs who voted in favour of the CAP claimed the proposal is better for the environment and climate than the last one. They justify this with claims that the environmental aspects of the CAP are more mainstreamed across the programme than ever before. The difficulty with this argument, though, is that there are so many loopholes that this amounts to nice wording and greenwashing rather than anything of real substance.

An example of this is around direct payments to farmers. A good portion (30pc) has been allocated to so-called ‘eco-schemes’. This is a higher percentage than ever before. However, the scope of these ‘eco-schemes’, which are voluntary for farmers, have been diluted because the rules that guide them have been weakened so much that their net effect will result in very little environmental change.

A possible saving grace in this situation is that there is wriggle room around how Member States implement CAP on the ground. If we shirk our responsibility to both the planet and the future sustainability of agriculture, by not ensuring that the implementation of the next CAP on the ground in Ireland is radically different in terms of nature protection, we will be in big trouble.

Rules and rewards shape behaviour and practice. In the context of a climate and biodiversity emergency, those rules and rewards need to be effective. We are on borrowed time and we cannot afford to find ourselves listening to these same arguments year after year as the clock ticks down.

CAP must continue to provide vital support to farmers. But that support needs to be targeted at a transition into improving farming methods that help to halt, not speed up, our hurtling and runaway progression towards mass extinction.

What on earth is an ‘Earth Protector Community’?

Tue Nov 3 , 2020
The year was 1970, the place Washington DC. A Yale Professor, Arthur Galston, addressed the Conference on War and National Responsibility. He was devastated that his 1943 PhD work that focused on finding a chemical means to make soybeans flower and fruit earlier, had been used by biological warfare scientists at Fort […] 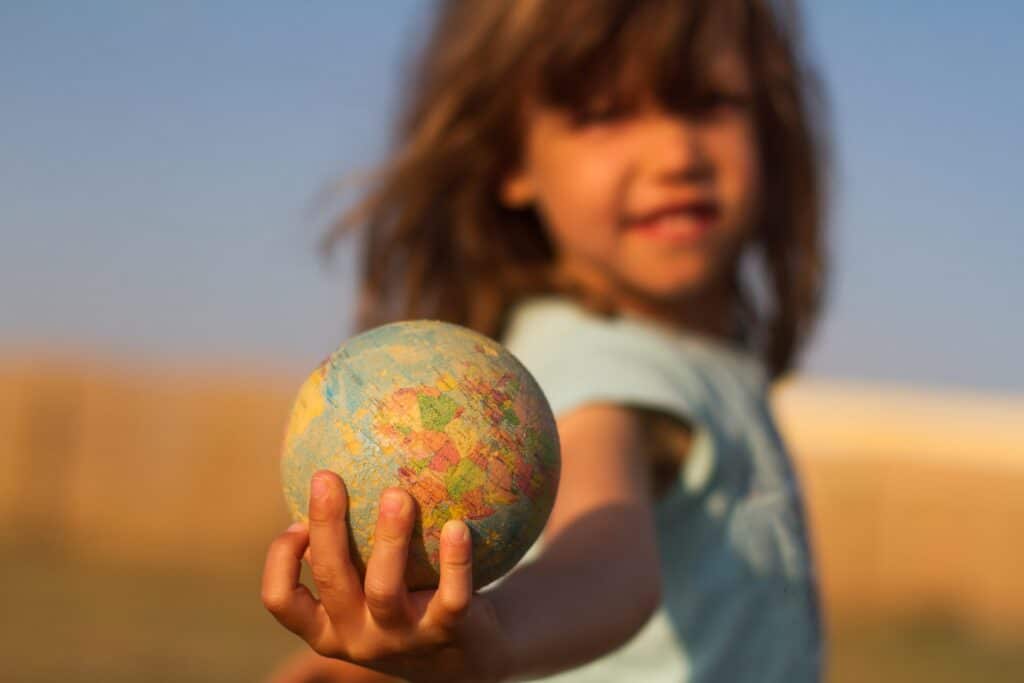