The year was 1970, the place Washington DC. A Yale Professor, Arthur Galston, addressed the Conference on War and National Responsibility. He was devastated that his 1943 PhD work that focused on finding a chemical means to make soybeans flower and fruit earlier, had been used by biological warfare scientists at Fort Detrick to develop the toxic defoliant, Agent Orange,

Galston proposed a new international agreement to ban massive damage and destruction of ecosystems that he called ‘Ecocide’.

In 1972 at the United Nations Stockholm Conference on the Human Environment, Olof Palme then Prime Minister of Sweden, spoke explicitly of the Vietnam War as an Ecocide; and it was discussed in the unofficial events running parallel to the official UN Stockholm Conference on Human Environment. Others also called for Ecocide to be an international crime, including Indira Gandhi from India and Tang Ke, the leader of the Chinese delegation. A Working Group on Crimes Against the Environment was formed at the conference, and a draft Ecocide Convention was submitted into the United Nations.

In 1973 there was growing support from government, the United Nations and communities, to amend the Rome Statute to include Ecocide as the fifth International crime to stand alongside the crime of Genocide.

Now a local to global grassroots movement is calling for communities to ask the question, “How would we live our lives if the crime of Ecocide was already included in the Rome Statute? How would we work towards becoming regenerative communities facilitating the transition from harm to harmony?”

The vision, which was conceived by Barrister Polly Higgins, who in 2010 submitted the definition to the UN Law Commission, is a thriving network of resilient and regenerative communities, in harmony with the earth’s ecosystems.

Cities, towns, villages, educational institutions, businesses and other organisations, can declare themselves Earth Protector Communities and work together to protect the land, wildlife, air, soil and water.

An exceptional example of this has a presence right here on the island of Ireland.

When Ray Anderson, founder of the carpet manufacturer Interface, read ‘The Ecology of Commerce’ by Paul Hawken, he was so moved as to set up a task force to create his company’s environmental vision.

In his book, Hawken argues that the industrial system is destroying the planet and only industry leaders are powerful enough to stop it.

In 1994 Interface, set their mission to eliminate any negative impact they may have on the environment by the year 2020. This meant redesigning of processes and products, pioneering of new technologies, reducing or eliminating waste and harmful emissions, while increasing the use of renewable materials and sources of energy.

Many thought it an outrageous ambition, however not only did they achieve this ahead of target, every flooring product they offer being 100 per cent carbon neutral, but they have set a new mission. They state on their website, “It’s no longer enough to limit the damage we do, but to think about reversing it. We want to restore our planet and leave a positive impact.”

What Ray Anderson had recognised, is that Nature is our life support system and that for years we have been mortgaging the wellbeing of future generations to create a ‘fast buck’. This is not only about climate change; this is about social health, mental health, spiritual health and indeed, is about human rights and intergenerational justice.

There is indeed urgency!

The Houses of the Oireachtas/RTÉ Youth Assembly on Climate in November 2019 brought 157 students from across Ireland to the Dáil Chamber to discuss how Ireland needs to address the climate crisis, establish the next urgent steps for Ireland and present them to the nation.

They drew up a series of recommendations, including a ban on the import of fracked energy goods and a commitment to invest solely in renewables, a tiered tax on emissions from large companies and legal moves to outlaw ‘acts of Ecocide’.

Bringing together these students fits entirely within the vision of the Earth Community Trust, which believes that a key step in the transition towards regenerative community is bringing together all stakeholders in local areas (villages, towns, cities, businesses, universities) to openly and creatively participate in changing the way we live, learn and work together.

In a top down, bottom up approach they also endorse campaigns which support the ongoing legal and diplomatic work to make Ecocide an international crime.

What would it look like if we lived our lives AS IF the Law of Ecocide was already in existence?

The time is now for global co-operation on local system change initiatives for community resilience. What better way to show our politicians that we demand full political support for change, than to start to live that change in our communities?

The hardest part of this is to get started; and yet many organisations that have already set up, organisations like Tidy Towns, Zero Waste, Cork Climate Action, UCC Environmental Society, Irish Environmental Network, Cork Cycling Campaign, BirdWatch Ireland, Bantry Bay – Protect Our Native Kelp Forest, Streamscapes, Fridays for Future, Eco Congregation Ireland and many, many others, are already working towards intergenerational and ecological health.

Seeing all these communities as a meshwork of change, all part of creating an Earth Protector Community throughout Ireland starts to create critical mass; creates a compelling argument that cannot be ignored by policy makers and politicians.

What would it be like if we lived our lives AS IF the Law of Ecocide was already in existence?

If you are interested in helping Cork City become an Earth Protector Community mailto:shepearthaware@gmail.com

If you are interested in helping create Earth Protector Communities in West Cork, mailto:irelandearthprotector@gmail.com

To learn more about Earth Protector Communities go to earthprotectorcommunities.net

To learn more about the Law of Ecocide go to

Permaculture Principals 10 and 11: ‘Use and Value Diversity’ and ‘Use Edges and Value the Marginal’

Tue Nov 3 , 2020
This month as we near the end of our yearlong exploration into what Permaculture can offer to our conversation around ‘Cool Clon’ and the future of our communities in West Cork, we are looking at the two principals, which go hand-in-hand. ‘Use and Value Diversity’ and ‘Use Edges and Value […] 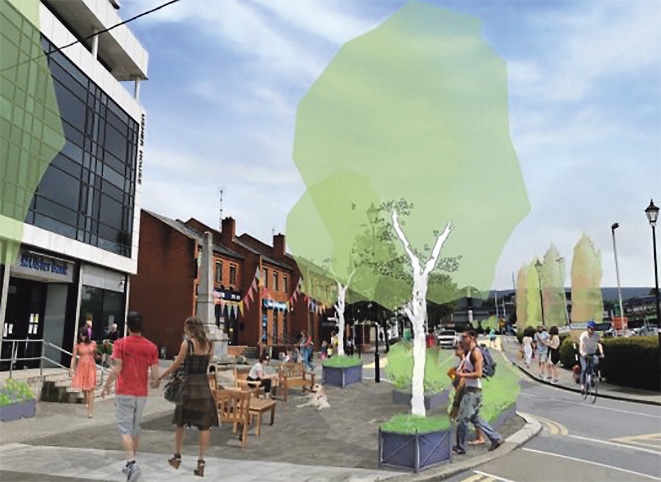