In September 2015 the world agreed to achieve 17 Sustainable Development Goals by 2030.

Most of these goals are socio-economic goals and are unachievable unless the three environmental goals – Climate Action, Life Below Water and Life on Land – are focused on as priority.

Conventional efforts to achieve the other 14 socio-economic goals simply erode the planet’s resources and increase the velocity of and inevitability of irreversible climate change.

The more we work to achieve the socio-economic goals, the more we run into the fact that the Earth System is finite and that humans are currently exceeding those finite limits and creating instability that is self-destructive.

Paradoxically it is a simple fact that we live within a complex system; and that we have disrupted the equilibrium of that system such that now it is chaordic.

We have escalated the disruption, not only beyond our control, but also largely beyond our ability to predict. When we change even one small part of the system, far-reaching effects that we cannot imagine are put into motion.

Because across the globe we rely so much on large infrastructure, supply chains, inter-continental trade and economy, global finance and investment and political agreement between countries, we are all interdependent even though it is very clear that maintaining the conditions that enable us to function globally is completely beyond our ability to fully understand and hold.

Instead we are watching, piece by piece as the many news reports, when taken as a whole, reflect accelerating tensions within the unstable economic system that relies on (i) artificially constructed demand for non-essential goods (ii) scarcity created in the supply chain, to hike the cost of both essential and non-essential goods (iii) human, emotionally driven behavioural responses to the disruption in what we have come to consider as ‘our normal daily lives’.

The complex web of interdependencies sustaining our ‘normal daily lives’ is then further disrupted by our own actions; by what we choose to purchase, whom we choose to support, what we choose to believe, how we choose to influence others or educate the next generations, in whom we trust globally and locally, what we take for granted and what steps we take towards resilience.

We live in a time when major intensifying systemic stresses occur monthly or even weekly, creating vulnerabilities that many of us, unsurprisingly, choose to ignore. However, unless at least some of us pluck up the courage and create the energy to look at these vulnerabilities; and start to look seriously at what is involved in adaptation, no sensible progress will ever be made.

The Notre Dame-Global Adaptation Index (ND-GAIN) created in 2015 is a free open-source index that shows a country’s current vulnerability to climate disruptions and readiness to leverage investment for adaptive actions.

This Index looks at land available, energy resources and supply chain; considering whether the amount of arable land within the borders of a country could provide sufficient food to support the current population should food imports become seriously limited.

It considers whether the current population is in excess of the land’s carrying capacity; and how self-sufficient countries may be in response to the disruption, shrinkage or complete disappearance of global supply lines including energy supplies and manufacturing.

Whilst this may seem both pessimistic and extreme, as archaeologists bear witness, humans have a past history of ignoring the signs of impending civilisation collapse. Alongside Climate Scientists, Historians studying the demise of civilisations alert us to the risks we face today.

Eric Cline in his book, ‘1177 B.C. The Year Civilization Collapsed’ warns that we live in a world that has more similarities to that of the Late Bronze Age than we suspect, indeed “complexity itself may have been the greatest threat to late Bronze Age civilisation once the pressures began… it is that fact, more than anything else, that speaks to the dangers we face today” says Cline.

British archaeologist Susan Sherratt also points to the similarity of today’s world with the late Bronze Age, in that, like that ancient civilisation, we have created an “increasingly homogeneous yet uncontrollable global economy and culture in which political uncertainties on one side of the world can drastically affect the economies of regions thousands of miles away.”

It is beyond time to take notice.

Ireland scores relatively well using the Notre Dame-Global Adaptation Index; and so we need to use what we have and create the Infrastructure for People-driven Societal Resilience.

David Korowicz physicist and human systems ecologist describes this as including:

• Information systems development so that every community has tools to collaborate, and coordinate resilience and preparedness.

• Support for family, urban, and community food security; enhancing local biodiversity; vulnerability and resource mapping; water capture and so on.

“Now would be a time for those that can, to liquidate financial assets, and give unencumbered support to this and other efforts that focus on resilience and preparedness. Our interdependencies mean we’re all in this together.”

Most of us living in our complex society have little time and possibly even less inclination to wonder how resilient we could be to societal collapse. We are often too busy working our day to day jobs to even learn new skills that are unrelated to how we currently make a living.

In 1972 an MIT report argued that if corporations and governments continued to pursue continuous economic growth no matter the costs, then industrial civilisation was bound to collapse. Their prediction that business as usual would cause this collapse around the 2040s has since been revisited corroborating the results and adding that it is still not too late to stabilise our world somewhat, if humans make a deliberate choice to change priorities. We would have to choose to reduce family size, making birth control fully available; prioritise health and education services and limit industrial output.

West Cork, with its rural society and focus on small scale and artisan productivity is perfectly placed to pioneer People-driven Societal Resilience becoming a node of resilience and helping create a blueprint for the future.

Tue May 3 , 2022
Wildlife and conservation biologist Jack O’ Donovan Trá from Clonakilty has started an ambitious GoFundMe campaign with the hope of raising the €300,000 needed to purchase a traditional and biodiverse Irish farm in County Leitrim that has recently come up for sale, and which Jack wants to preserve as an Irish […] 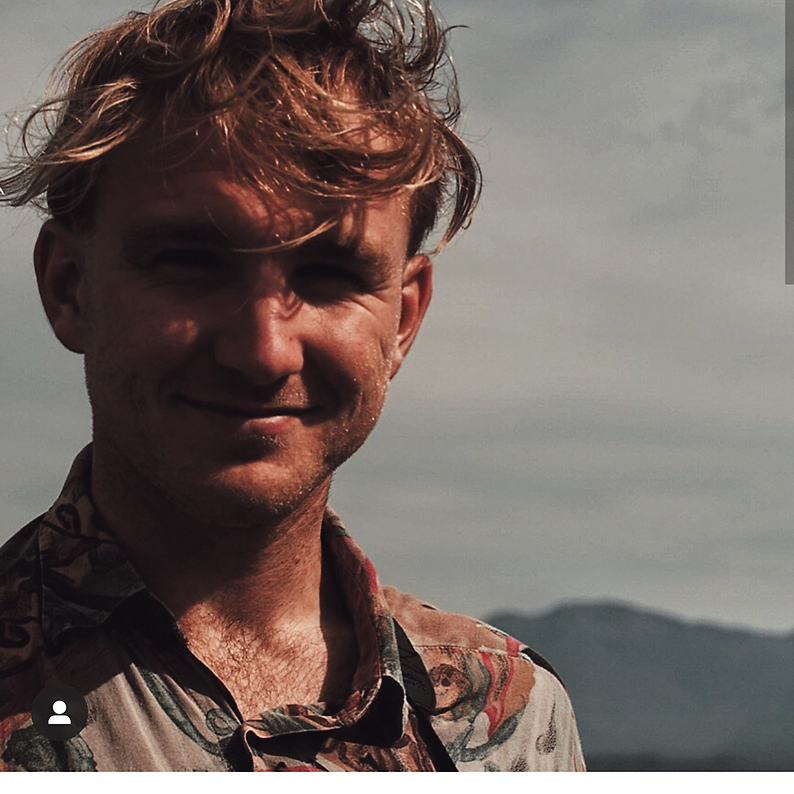