In 2015, world leaders gathered at the annual UN conference on climate change, known as a Conference of the Parties (COP), and made a historic agreement to limit global warming to less than two degrees Celsius and preferably to no more than 1.5 degrees. Unfortunately, the actions they agreed to take fell a long way short of what was required to achieve that target and the actions actually being taken by all nations, including Ireland, fall a long way short of what they promised to do. This is already having a devastating impact around the world. So far this year, we have seen heatwaves, wild fires, floods, hurricanes and droughts. But it is the people in the developing countries says Trocaire volunteer Roger Morton, who have been hit first and hit hardest – those who have contributed least to the crisis and who have the least resources to cope. Lives and livelihoods are being lost right now.

Trocaire, the overseas development agency of the Catholic Church in Ireland, is supporting developing communities to deal with the impacts of climate change and is working with vulnerable communities living through worsening droughts, storms and disasters.

The next major UN Climate Conference, COP26, will be held in Glasgow at the beginning of November. It is essential that world leaders address climate change with the seriousness and urgency that has been lacking so far. In particular, they must agree deep cuts to the emissions of carbon dioxide and methane, following this through with concrete actions. In addition, the richer nations – the ones who are historically responsible for the crisis – must provide adequate funds to the poorer nations to help them mitigate the consequences of climate change and adapt to the new conditions.

What is less well known is that climate change is only half of the global crisis. The other part is a catastrophic biodiversity crisis – the rapid loss of animal and plant species. This is so devastating that it has been called the planet’s sixth mass extinction. This, too, is being caused by human activity including the destruction of rain forests, the pollution of air and water with toxic waste and the over-exploitation of natural resources. This collapse in biodiversity is also impacting people in the developing world most.

There is also a series of UN Conferences on biodiversity and the next one, COP15, is being held this month in China. It is essential that world leaders use this COP to agree and fulfil ambitious targets to protect wildlife and the natural environment. This would involve us in the wealthier nations drastically changing our consumerist lifestyle which is one of the main drivers of this crisis.

These climate and biodiversity crises are not independent but are intricately enmeshed. Climate change leads to more loss of biodiversity which, in turn, exacerbates climate change. For example, loss of tree cover means less carbon being absorbed by the leaves which leads to increased climate change which leads to further loss of species. Therefore, governments must approach them as two aspects of the same problem and respond with integrated solutions.

Governments are more likely to act when they know that their public tell them it is important and they want change. For this reason, there is a global petition called ‘Healthy Planet, Healthy People’ which will be presented to leaders at both COP15 and COP26 to show them that the world expects and demands that they take urgent action. Signatures for this petition are being collected in countries worldwide and it needs to be promoted more widely in Ireland. (It is also called the Catholic Petition, because it was started by a group of Catholics, but everyone who cares about the planet and all its life should sign, irrespective of faith or none.)

The petition can be signed online at thecatholicpetition.org.

I ask that all readers of the West Cork People sign urgently and encourage friends and family to also sign – for the sake of our future generations, for all our fellow creatures and for our planet, our common home.

Mon Oct 4 , 2021
You may have heard of the recent court appearance of 19-year-old climate activists Orla Murphy from Whitechurch, Co Cork and 21-year-old Zachery Lumley, from Cork City. In March of this year these two young people carried out and live-streamed a graffiti attack at the Department of Foreign Affairs. The Graffiti […] 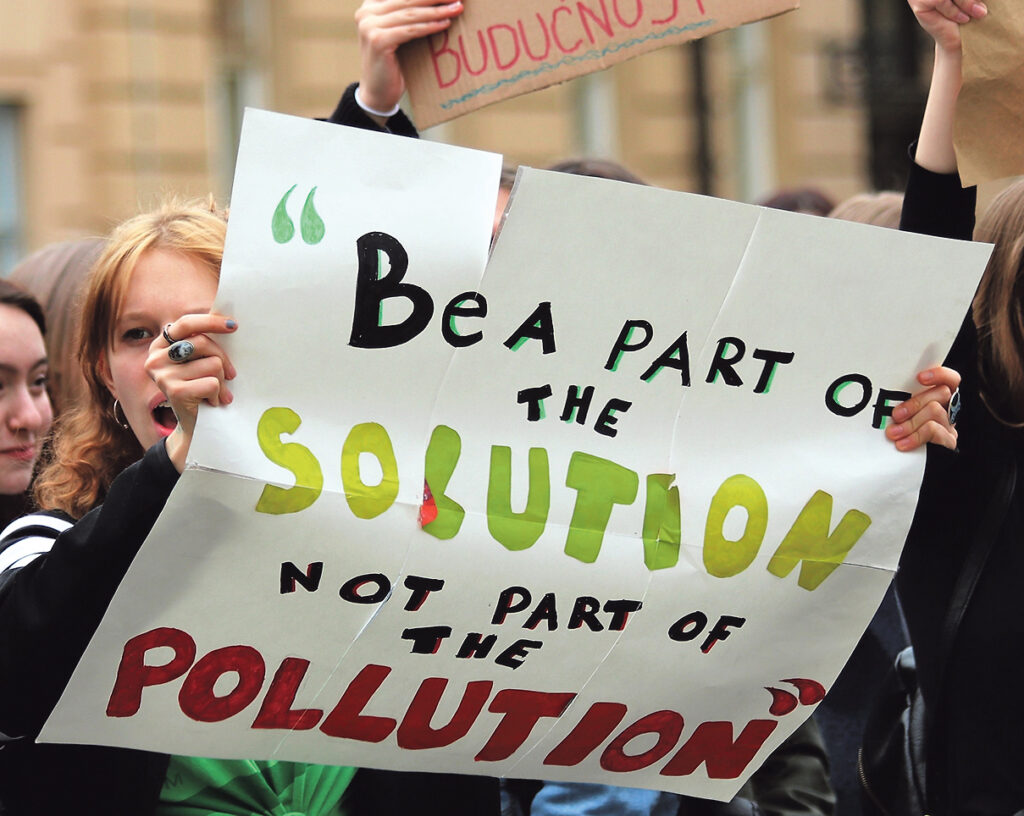