For many people, the Swallow is the bird that represents the first sign of spring. But for Dave Rees, the bird he always looks out for is the Sandwich Tern.

Once I see my first Sandwich Tern of the year, I know that the warmer days of summer are truly on their way. The sight and sound of this handsome bird, as it flies around a bay or on estuary means spring to me. They are fairly unmissable, as they are quite large seabirds with a wingspan of up to one metre, with pale grey upper wings and white underneath, so that overall they look like large white birds. The shaggy black cap on the top of their heads can be difficult to see from a distance. They also have a forked tail and perhaps it is this feature that gives them their alternative name of ‘sea swallow’.  With a very distinctive, grating call that can be easily heard, they are not easy birds to miss!

Sandwich terns are migrant birds: They fly to the coast of Ireland to breed at a small number of colonies but spend the winter along the western coast of Africa, even reaching South Africa. They begin their return journey from the African coast in late February or early March and begin arriving back at their breeding colonies from mid-March onwards. Once back at their colonies, the birds will pair up, usually with the same mate from previous years. They will go through an elaborate courtship dance with arched wings and beaks pointing skywards, with the male bird also offering fish as part of the courtship. They lay one or two eggs in a shallow scrape, with eggs laid around the end of April. Once they hatch, the chicks are fed on fish such as sand eels, sprat, and herring, which are high in energy, so that the chicks grow quickly. By July, the young birds are on wing and already thinking about leaving the colony.

There are around 2,500 breeding pairs of Sandwich Terns in Ireland; by far the largest colony is at Lady’s Island Lake in Wexford, where some 1,800 pairs breed. A visit to see this colony is well worth it, particularly in June when the colony is in full swing. It is all action at this stage of the season with adults constantly flying back and forth bringing food to the chicks. There is a constant jostle to find their nest and the chicks are in such a large colony together that there is a continual cacophony of raucous calls. It is a race to ensure that the chicks get enough food in order to grow quickly enough so that they are ready to leave the colony in late July or early August.

When the young eventually do leave the colony, they can gather in large groups at bays and estuaries around the coast. So, you can often see Sandwich Terns in August and September in places such as Clonakilty and Courtmacsherry estuaries and in Cork Harbour. Ringing studies have shown that young birds from Lady’s Island Lake will roost at sites in Cork Harbour. Over the last few years, Birdwatch Ireland have been carrying out surveys to locate some of the key sites for Sandwich Terns around our coast outside of the breeding colonies. The young birds will gather in these groups before heading off on migration back down to the west coast of Africa. Some of them will stay there for their first or even second years before returning to breed for the first time.

So, if you are out for a walk at the coast in March and see a large pale seabird that makes shallow dives into the sea, know that this is more than likely a Sandwich Tern and that spring is well and truly with us and summer is on its way.

Mon Mar 7 , 2022
Walking with friends recently the subject Global Warming came up in conversation and one person commented that though he realised that countries like the Maldives were seriously threatened by sea level rise, he didn’t think that Global Warming affected us in Ireland at all.  In reality the EPA reports that […] 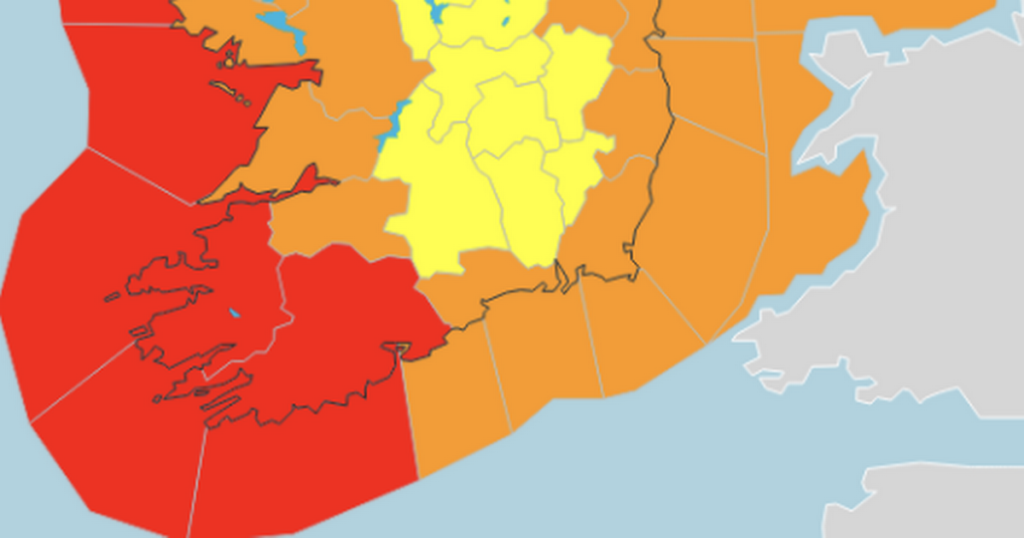