Walking with friends recently the subject Global Warming came up in conversation and one person commented that though he realised that countries like the Maldives were seriously threatened by sea level rise, he didn’t think that Global Warming affected us in Ireland at all.

In reality the EPA reports that Ireland’s climate is changing in line with global trends, with a temperature increase of, on average, 0.8 degrees Celsius compared with 1900.

Of course, whilst the speed of climate change is accelerating, it has been going on for so long that it does not subjectively seem so extreme. After all, an increase of 0.8 degrees over 122 years is hard to detect without specifically measuring, as meteorologists and climate scientists do.

Nevertheless, in Ireland, since the 1980s, each successive decade has been warmer than any preceding decade since 1850. Indeed according to Met Éireann, 2021 was the eleventh consecutive year with temperatures above average; and air temperatures were higher in 2021 than their long-term average everywhere across Ireland.

We also have a reduction in the number of frost days per annum producing a shortening length of the frost season; and the sea surface temperature in Irish waters has increased at a rate of approximately 0.6 degrees Celcius per decade in the last 30 years. This is unprecedented in the 150-year observational record.

Projections by the Irish Centre for High-End Computing (ICHEC) and Met Éireann show that by the mid-century, rainfall is expected to become more variable, with substantial increases in both extended dry periods and extremely heavy rainfall periods, both bringing their own complications. The frequency of heavy rainfall events will be year round, although winter and autumn months will be worst affected. Projections suggest that the winter track of very intense North Atlantic storms will extend further south and will affect Ireland more often.

In 2019 an IPCC special report stated that there is no single 1.5-degree warmer world, instead the impacts of climate change are spread unevenly around the planet. More than one-fifth of all humans live in regions that have already seen warming greater than 1.5 degrees Celsius in at least one season.

At 1.5 degrees Celsius of Global Warming in mid-latitudes, the hottest days will be up to three degrees Celsius hotter. Longer hot spells will affect many densely populated regions with twice as many megacities as today likely to become heat stressed; potentially exposing 350 million more people by 2050.

The warmest extreme temperatures will be in Central and Eastern North America, Central and Southern Europe, the Mediterranean, Northern Africa and the near-East, Western and Central Asia and Southern Africa, thus we may now be breathing a sigh of relief in Ireland, as it appears we will not be hit so hard.

Alarmingly though, at just 1.5 degrees Celsius of Global Warming, the warming happening in Arctic land regions will see cold extremes warm by as much as 5.5 degrees Celsius and this is already having a major effect on melting ice.

The Arctic is warming twice as fast as the global average and experiencing periods in winter where temperatures stay above freezing for almost 24 hours straight. Temperatures have climbed as high as plus-6.1 degrees Celsius before dropping again. Naturally there are year-to-year variations in Arctic temperatures as with elsewhere, however the downward linear trend of January sea ice extent, over the 44-year satellite record, is 42,800 square kilometres per year, or 3.0 percent per decade. Since 1979, we have lost 1.86 million square kilometres (718,000 square miles) of winter sea ice. This is an area 22 times the size of the island of Ireland.

We are not just losing sea ice at critical rates. The ice sheets on land are also melting and this has dramatic effects on seawater levels around the world. Together, the Antarctic and Greenland ice sheets contain more than 99 percent of the freshwater ice on Earth. The Greenland Ice Sheet extends about 1.7 million square kilometres (20 times the area of Ireland), covering most of the island of Greenland. If all the ice on Greenland were to melt, it would raise global sea levels by 20 feet.

As temperatures in the cold extremes change and the ice melts, not only does the temperature of the sea change but weather across the Globe is affected. The Sun doesn’t heat the whole Earth evenly and so when Earth’s warmer air masses meet cooler air masses, the warmer air rises while cooler air sinks down to replace the warm air. This movement creates winds. Jet streams are bands of strong wind that form high in the atmosphere and generally blow from west to east all across the globe. The Northern Hemisphere’s polar jet stream forms where cold dry air from the Arctic meets warmer air from the Gulf and helps to regulate weather around the globe. Arctic warming is weakening the jet stream, which normally moves rapidly keeping cold air closer to the poles. This weakening allows very warm temperatures to extend unusually far into the Arctic and very cold temperatures to extend further south than usual. This can create prolonged severe cold spells where they are not normally experienced. Exactly the opposite of most people’s expectations of Global warming. Perhaps Global warming should be called something else. Global weather weirding has been suggested.

No matter what we call it, alarm bells have been ringing for many years and are being largely ignored by world leaders and much of the general public alike. A recent report by the United Nations Environment Programme (UNEP) has found that even if ALL nations make good on their latest promises to reduce emissions by 2030, the planet will warm by at least 2.7 degrees Celsius this century. This massively overshoots the crucial internationally agreed temperature rise of 1.5 degrees Celsius.

Currently the world is not even heading for 2.7 degrees Celsius. Rather, critical emissions are continuing to rise with atmospheric concentrations of carbon dioxide, methane and nitrous oxide at the highest observed since measurements began.

Global weather weirding will affect us whichever country we live in. Ireland has a hospitable climate and relatively low population density. As the climate changes and more people are forced to leave their homes because their land has become unliveable, they will need somewhere with a hospitable climate to go to. Millions of people will be on the move. We face climate change, whether our own country will be massively adversely affected by heat or not. Making changes in our world NOW to adapt to a changed and changing environment is vital and we must all be looking forward and planning forward .

For the love of growing

Mon Mar 7 , 2022
Over the last couple of weeks West Cork has been battered by storms. For anyone who grows and depends on polytunnels to make a living, every gale is a cause of  anxiety, but three in a week, well that’s exhausting. Growers need to be resilient and resourceful people and I […] 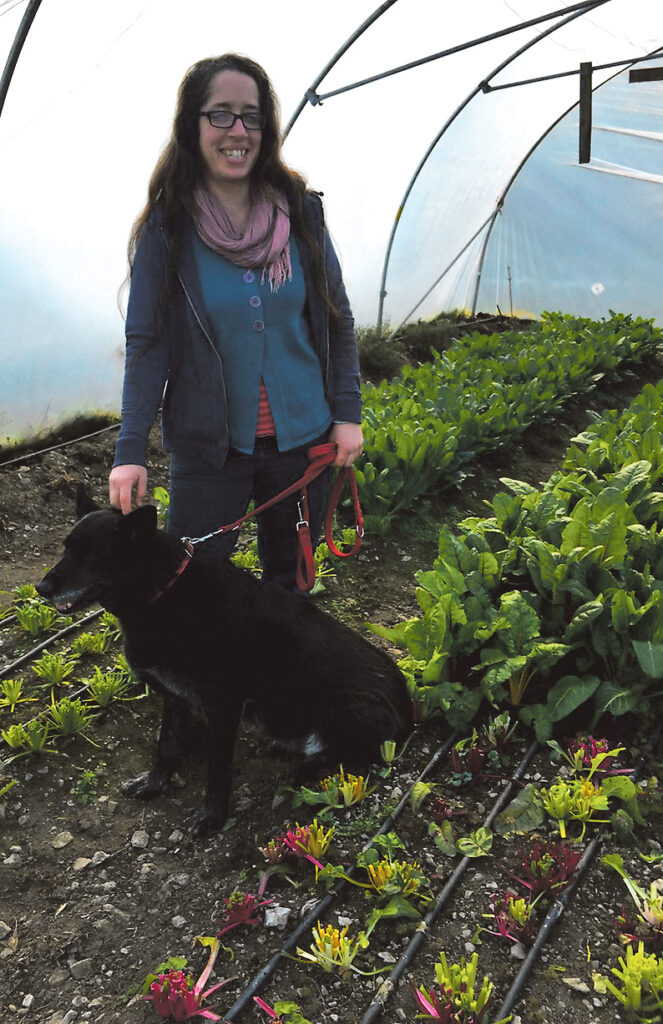