As well as the conservation of wild birds, the West Cork Branch of BirdWatch Ireland promotes biodiversity, which encompasses a wide range of interests. Committee member Damaris Lysaght shares her passion for butterflies.

Who can resist that miracle of colour, fragility and beauty that is the butterfly?  Collectively called a kaleidoscope, they gladden the heart. Traditionally they have been seen as symbols of the human soul, freedom and transformation. Féileacán in Irish, they were thought to represent the spirits of the dead returning to visit their favourite people and places.

Butterflies and moths belong to the order Lepidoptera, from the Greek: lepis (scale) and pteron (wing).  Butterfly wings are made up of tiny scales that give the butterfly its colour and iridescence by refracting, reflecting and absorbing light. They have a feeding tube (proboscis) that acts like a straw, to suck up nectar and other fluids. A close-up photo of a butterfly reveals that it is covered in tiny hairs that keep it warm. They are cold blooded and are often seen basking in the sun to heat up before they can fly. The life cycle of a butterfly begins when the female lays eggs that hatch into caterpillars. The caterpillar feeds on its host plant, moulting several times before it forms a chrysalis, which will metamorphose and emerge as an adult. In most cases the caterpillar stage of the life cycle is the longest. That transformation is an astonishing feat, which mystified scientists for years and has fed into various butterfly mythologies.

Butterflies are seasonal, each species having its own flight period. Depending on the species, they complete their life cycle once, twice, and sometimes three times during a year. Some butterfly species live for a few days and others for several months. A handful of butterflies hibernate during winter as adults, but most overwinter in the caterpillar stage, a few as chrysalises and a couple of species as eggs.  A few species migrate large distances, while others hardly venture from the small piece of habitat where they hatched.

Every species of butterfly lays its eggs on specific plants. Therefore a particular species will only be found where there is a plentiful supply of its favoured native plant: a grass, wildflower, tree or shrub. The other essential requirement of the adult butterfly is a source of nectar, which can be supplied by both non-native and native flowering plants and trees.

In Ireland we have 35 butterfly species: all colours and patterns and ranging from 1.5cm to 8cm wingspan. Barring a few exceptions these can all be seen in County Cork. Here are a few examples:

The Orange Tip is one of the first to appear in spring. The male is more obvious than the female with flashy orange tips to his wings and is conspicuous as he patrols his territory. Both male and female have mottled grey/green under sides to their wings. This detail tells this species apart from other white butterflies that also fly in spring. She lays her eggs on the stems of Lady’s Smock. The caterpillars are cannibals and only one will survive on a single plant! They are only on the wing from April to June.

On the wing in spring and summer, the bright blue of the male Common Blue is eye-catching. The females are much darker than the males (blue/brown with orange beading around their wing edge) and are harder to spot. She lays her eggs on Bird’s-foot Trefoil and has two broods.

If you notice a heap of spiky looking black caterpillars on the nettles in your garden, these belong to the butterflies we associate with summer: the Small Tortoiseshell, Red Admiral and Peacock. The Small Tortoiseshell and the Peacock both hibernate overwinter as adults in a sheltered place, sometimes in houses and sheds. The Red Admiral is a migrant and flies over from the continent from spring onwards.  It raises a brood here but will generally not over-winter, as it is too cold. The other nettle user and over-winterer is the Comma, a very recent arrival in Ireland, having flown across from Britain, and is now widespread in eastern counties and has been sighted occasionally in Cork…one to look out for!

One of the hardest butterflies to spot is the Purple Hairstreak, which lives, feeds and lays its eggs on the top of oak trees.

The Painted Lady is probably our best-known migrant. Their home ground is Morocco. If they have a good breeding season and favourable winds, there will be a large influx of  them here, such as in 2009.  The caterpillars feed on thistles and they produce one generation here, but it is too cold for them to over-winter. Another more unusual migrant is the Clouded Yellow.

The word Fritillary comes from the Latin fritillus (dice-box). It is an apt description for the wing pattern of the Marsh Fritillary – a stained-glass window of beige, cream, orange and brown. The adult is only on the wing for about a month from late May. The caterpillars feed exclusively on the leaves of Devil’s Bit Scabious. The lifecycle of this butterfly can be followed as the caterpillars feed and move around in a web. They disappear into a winter web deep down in the vegetation but from February onwards are visible, basking in the sun, in groups. They start dispersing in mid-April to form their chrysalis. It is interesting that the caterpillars of the other butterflies in the fritillary family feed on violets and do not go around in a gang! The Marsh Fritillary is monitored in August or September by counting the number of webs found in a given area, rather than counting the number of adults on the wing as is the case with other species. This is the only species that is protected by law in Ireland. It is an indicator species of the health of the environment.

When walking in a scrubby area of gorse and briers, you may see a flitting grey/brown flying insect hard to focus on. If you are lucky enough to see it alight, it immediately closes its wings, and you will see a stunning small iridescent green butterfly. It is a Green Hairstreak. They are a feisty little butterfly and protective of their territories, seeing off intruders. They lay their eggs on gorse.

Climate, geology, and soil types all have an influence on the natural vegetation: meadows, marsh, woodland, scrub, dunes, and heath land. These varied habitats supply our different butterfly species with all their needs for egg laying, food source and so on. Sadly Ireland is becoming a butterfly-unfriendly place. Increasingly the biggest factor is the destruction of habitat. More marginal land, scrub, hedges and verges are cleared away for agriculture, houses and so on. A huge field of ryegrass separated from the next one by a strand of electric fence is no good for any insect or bird. Herbicides and fertilisers also reduce the wildflowers. We can all help in our gardens by growing plants rich in nectar and wild plants like Birds-foot Trefoil, which would look fine on anyone’s grass verge or lawn edge.  You may even attract your own colony of Common Blues!

For more information about butterflies and how to get involved, go to: National Biodiversity Data Centre website (biodiversityireland.ie) and Butterfly Conservation Ireland (butterflyconservation.ie)

A couple of excellent books:

Discovering Irish Butterflies and their Habitats
by Jesmond Harding.

Ireland’s Butterflies: A Review by Nash, Boyd and Hardiman.

The pitchforks are coming

Tue May 4 , 2021
Nick Hanauer is by his own definition a plutocrat and proud and unapologetic capitalist. In 2019 at TED in Edinburgh he introduced himself as not just one of the “top one per cent” of earners but in the top 0.01 per cent. He has founded, cofounded, or funded over 30 […] 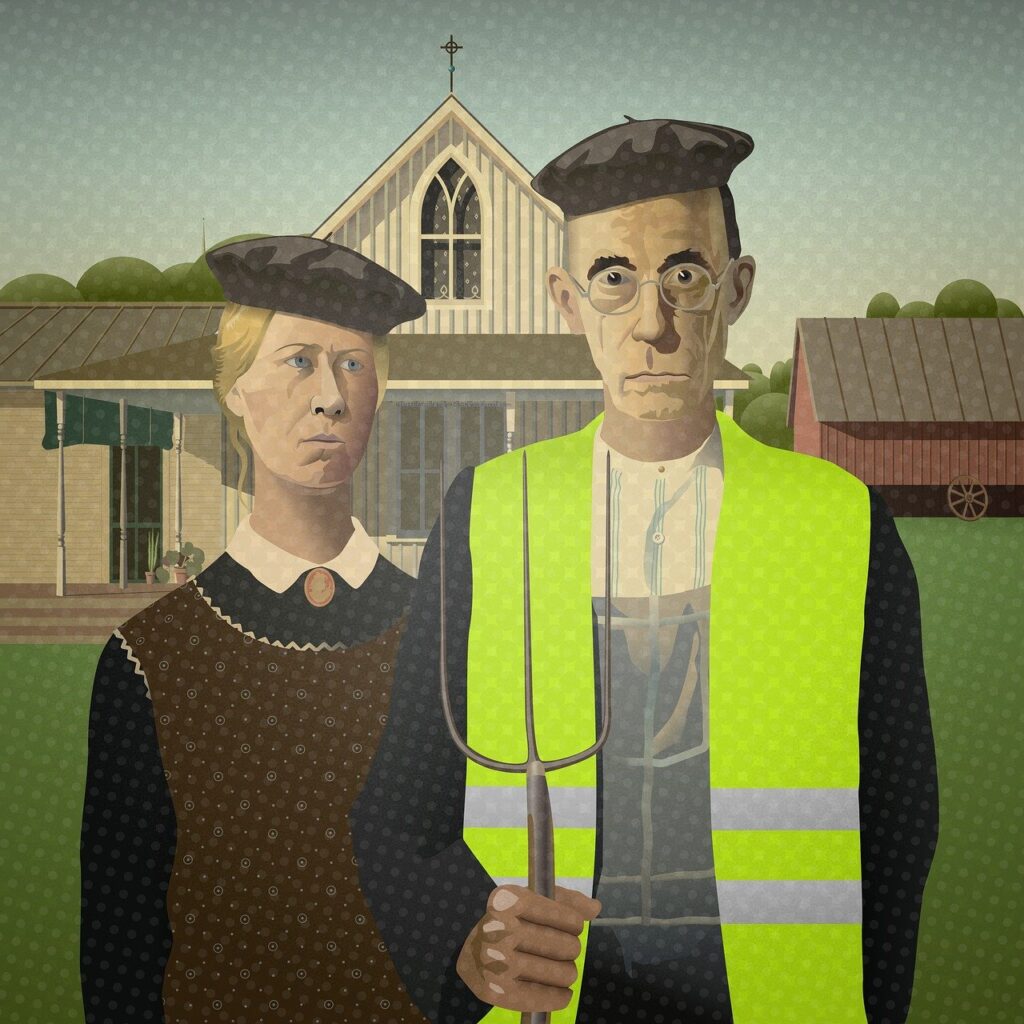