Charlie Weston, Personal Finance Editor with the Irish Independent, phoned me Thursday morning a few weeks ago. He had seen the story in The Southern Star on Bantry Credit Union’s purchase of the Bank of Ireland building right next door to us.

Describing it – I kid you not – as his favourite story of the year, Charlie said he wanted to do a piece on it for the Independent. We chatted on the phone for a while. He sent a news photographer to Bantry that afternoon to take some photos. And the article was published in the Independent the next morning.

I thought Charlie was just being polite about his favourite story until a friend sent me a screenshot of Charlie’s Twitter page early that Friday morning. And sure enough Charlie had retweeted the article under the heading ‘My Favourite Story’. A quick check of his Twitter account confirms that this story is one of Charlie’s most popular tweets of the past year.

Needless to say, we in Bantry Credit Union were delighted with this level of exposure. But it got better.

By mid-morning that Friday, RTE Radio One’s Drive Time programme were on the phone. Looking to feature the story on that evening’s programme. It was even named at 5pm when the presenter mentioned upcoming stories. But unfortunately, other stories broke and we didn’t get to go on.

Then there’s the response on our own social media platforms. We have received over 1,000 likes for our various posts about the Bank of Ireland building. From near and far. Members at home and credit union colleagues overseas. That’s phenomenal for us.

Finally, there’s the response from people on the streets of Bantry. To be honest, the response that matters most.

So, why has there been such a wide-ranging and universally positive response to this story?

Many people have commented on its David and Goliath features. The little shop next door, the credit union, what used to be known as ‘the poor man’s bank’, buying a ‘pillar bank’. The local branch of the country’s oldest and biggest bank. The bank established in 1783.

No doubt that’s part of it. But I think it’s much more. It’s a symbol of a wider and very important phenomenon in the provision of personal financial services in Ireland and elsewhere.

It’s a metaphor for the contrasting paths being chosen by traditional banks and credit unions. Banks are turning their backs on their customers and communities under the guise of digitalisation and purportedly responding to consumer demand and trends. Credit unions are standing by their members and communities. Expanding their range of products and services. And yes, also undertaking a digitalisation journey. But always staying local. Always staying in-person. Always staying true to the Credit Union Difference.

The views of the public on these contrasting paths are clear. Survey after survey confirms it.

Just this month the latest survey finds that credit unions are easily the most trusted financial institution in the country. Followed by An Post. With traditional banks and fintechs sharing the unenviable status of least trusted.*

It’s not rocket science. People like to deal with people, face to face. Not necessarily all the time. But definitely when the matter is important to them. Like a significant financial decision, such as a loan. Or a change in their financial circumstances that will affect their ability to meet their obligations. Or when they just want some sound advice.

It’s the difference between a purely mechanical transaction and a personal business relationship. Credit unions do transactions all day long. But here’s the thing. It’s never just about the transaction. It’s always about the relationship. About service. About how we can help. About what we can do for our members, the people who own the credit union. And who make it what it is.

Bantry Credit Union’s slogan is ‘Always here for you’. This is not a glib advertising phrase. It was born in the years after the financial crash of 2008. Born out of standing by good people when their lives were turned upside down through no fault of their own. People whose main worry when their mortgage and their credit union loan went into arrears was: “How will I pay for my children’s education?” Bantry Credit Union said to every one of them: “Don’t worry. We’ll always be here for you.”

We meant it. We stood by our promise. And these people – plus thousands more – repay us every day with their business, their loyalty and their appreciation of what the credit union means to them and their lives.

Finbarr O’Shea is Manager of Bantry Credit Union. He is also a Director of Collaborative Finance CLG, the credit union company behind Cultivate and Greenify.

Mon Sep 5 , 2022
Sunday, August 28 marked a huge day for Clonakilty Rugby Club. Not only did the club kick off their new season, they also launched an exciting new ‘Electric Car Draw’ competition. This competition will replace the club’s normal Christmas draw, and will run from August to December 2022. There will […] 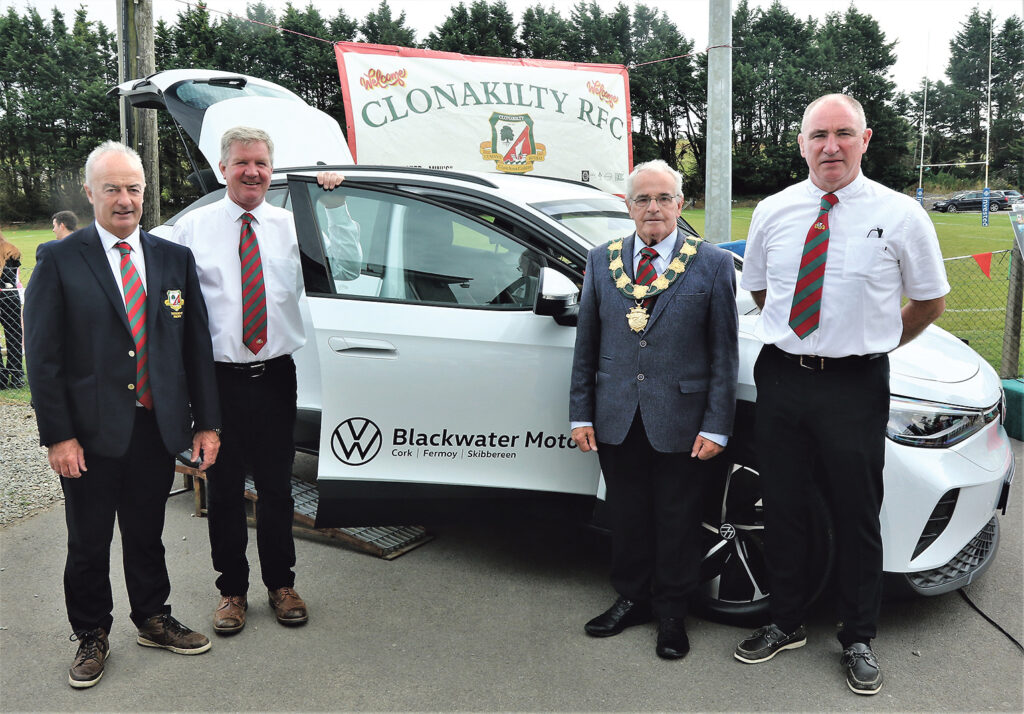