Over 2000 people were hired, 405 live shows hosted, and 416,000 audience members engaged, thanks to the pilot live performance support scheme, launched in December 2020, by the Department of Tourism, Culture, Arts, Gaeltacht, Sport, and Media and Minister Catherine Martin. The scheme provided an incredibly progressive and timely financial lifeline to so many in the commercial events sector.

A new report by the Live Venue Collective, a group of venues and producers, reveals how the scheme funds benefitted not just musicians, but also technicians and crews across the country.

Under the scheme, €5 million was allocated to assist commercial promoters and producers to employ artists, musicians, performers, technicians and other support staff in live performances, which may subsequently have to be curtailed, cancelled, or postponed due to COVID-19.

Comprising of small to medium-sized independent live music venues, the Live Venue Collective was established in the summer of 2020, in the wake of the devastation caused by Covid-19 to music venues all over the world.

With the commercial events sector either shuttered or under severe restrictions since March, Ireland’s culturally vital, but financially fragile, music ecosystem was, and still is, under serious threat.

Thanks to the support from Minister Catherine Martin and her department, each of the successful applicants were able to once again, for the moment at least, promote and produce shows hiring artists, performers, technicians and other support staff in their respective communities and present a series of unique and culturally significant performances, preserving our vital collective experiences of culture, learning and expertise. It is crucial these supports continue for as long as restrictions on these businesses remain.

Throughout the 23 venues, each committing to 16 performances, there was a huge variety in shows from outdoor shows for 15 people, to streamed events with no live audience. Each show was lovingly created in collaboration and conjunction with each venue’s regular music and production community. The collective of 23 venues worked unilaterally, diligently, and relentlessly to curate, produce and present a total of 405 shows of the highest cultural and technical quality, involving 2110 employees, 655 artists, 965 live audience members, and resulting in 24,000 minutes of digital content.

The feats recorded in the report are a testament to the dedication, hard-work and integrity of the collective.

The collective now anxiously await the next expended phase in the supports for the live sector, as committed to by Minister Martin. The positive impact and progressive nature of the pilot live performance support scheme has been a glimmer of hope in a time of darkness and despair for so many in the live music sector. The funding has financially lifted venues, artists, technicians, crews and employees from the brink and positively impacted the mental health of all who engaged with the scheme. Simultaneously, it helped create truly world class musical moments that will forever document this unprecedented time in Irish history.

Among the 655 artists who participated in performances under the scheme last year were musicians David Kitt, Mary Coughlan, Mick Flannery, Lisa Hannigan, and Liam Ó Maonlaí from Hothouse Flowers, and bands including Scullion, Ham Sandwich and Saint Sister as well as comedians Karl Spain and Neil Delamere.

“I believe now that with the strong backing of Minister Martin and The Department through the Live Performance Support Scheme, we’ve risen up out of those cracks to show the true value of music, culture and community,” Levis Corner House, Ballydehob.

Tue Feb 9 , 2021
It’s a sure sign of going stir crazy when you get super excited about potato cakes. This past month has left me feeling almost rudderless; apart from our Monday shop painting stints there’s very little structure to our days except for mealtimes It’s a tricky time of the year when […] 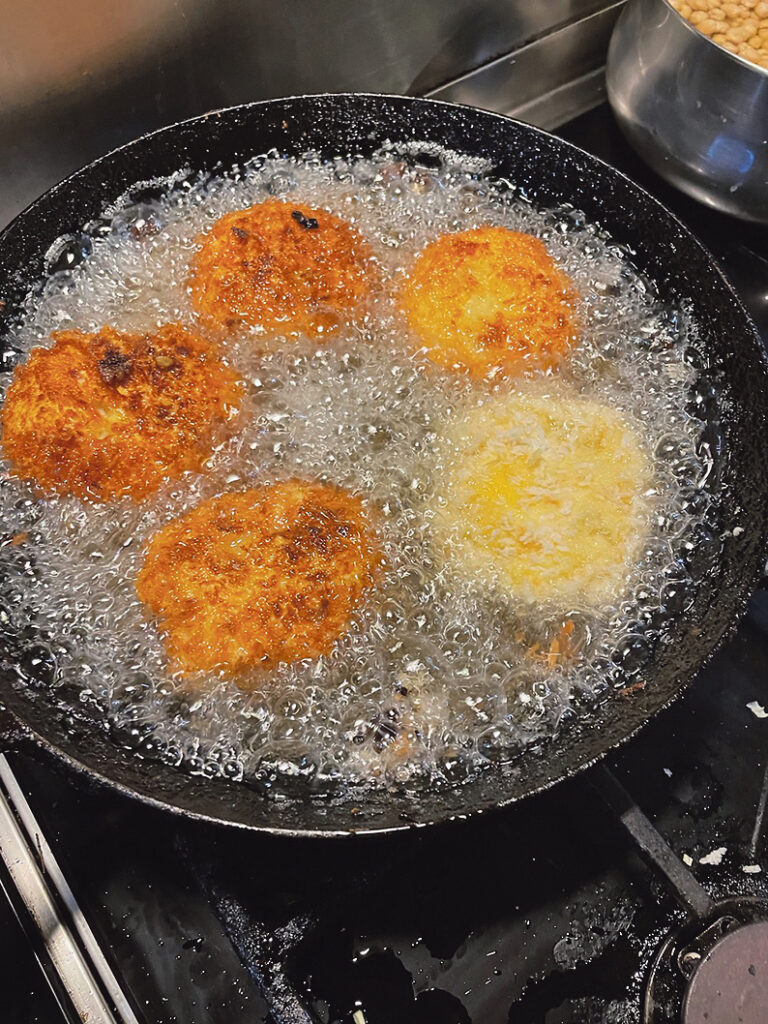