On Thursday 20th August at 22.10, RTÉ One will premiere a documentary on The Great Book of Ireland, (Leabhar Mór na hÉireann) which has been termed as ‘Ireland’s modern-day Book of Kells.’

Samuel Beckett’s last handwritten poem is among the original work of 121 artists, 144 poets, and nine composers in this extraordinary 278 page single volume vellum manuscript, which also includes poems by Seamus Heaney and a poet in his late forties, one Michael D. Higgins, the current President of Ireland.

The documentary – The Great Book of Ireland – commissioned by University College Cork (UCC) and directed by Alan Gilsenan, tells the story of the book, which was conceived originally in 1989 to help fund the capital plans for two support organisations for artists and writers. The original architects of the idea, and editors of the book were Theo Dorgan of Poetry Ireland and Gene Lambert of Clashganna Mills.  Artists, poets, and composers were requested to contribute in their own medium what they believed represented their hopes, fears, dreams, or imaginings in the Ireland of that particular time, and which would have resonance in a thousand years – as the longevity of vellum allows.

UCC acquired the book in 2012, so that it could be ‘preserved, promoted, and displayed in perpetuity on behalf of the Irish people’ commented John FitzGerald, Chief Librarian, UCC, ‘The Great Book of Ireland is a tribute to the depth of Ireland’s art and culture and through the documentary we hope to illustrate the creativity, skill, and passion behind this remarkable book.’

A Treasures Gallery for Cork

To display The Great Book of Ireland, UCC intends to develop a Treasures Gallery in its Boole Library.

The proposed new UCC Treasures Gallery will be a fully secure and serviced space which will provide for public display and interpretation of a variety of artefacts.

Commenting, the President of University College Cork, Professor Patrick O’Shea, stated, ‘Our ambition is that The Great Book of Ireland becomes a destination to visit on our campus so that the public can experience the imagination and beauty of this remarkable Irish cultural treasure.”

The Great Book of Ireland would be the centrepiece of this Treasures’ Gallery which would also include other items in the UCC collection including an ancient Irish manuscript from the 12th century (The Regensburg Manuscript Fragment), the private papers of George Boole, considered the father of the computer age, and some of the most important heritage collections relating to the Munster region.

‘‘There is no venue in Cork to view the kinds of artefacts held and displayed at the National Museum of Ireland, National Library of Ireland, Royal Irish Academy, or Chester Beatty Library” commented John FitzGerald, Chief Librarian, UCC. “With the necessary support we want to create a stunning attraction in this region.”

Tue Aug 11 , 2020
One of the country’s most unique Undergraduate honours degree programmes, the B.A Visual Arts (BAVA) based on Sherkin Island is issuing a final call to interested participants for this year’s intake which is due to begin in September.  The course which is fully accredited by TU Dublin offers an exclusive […] 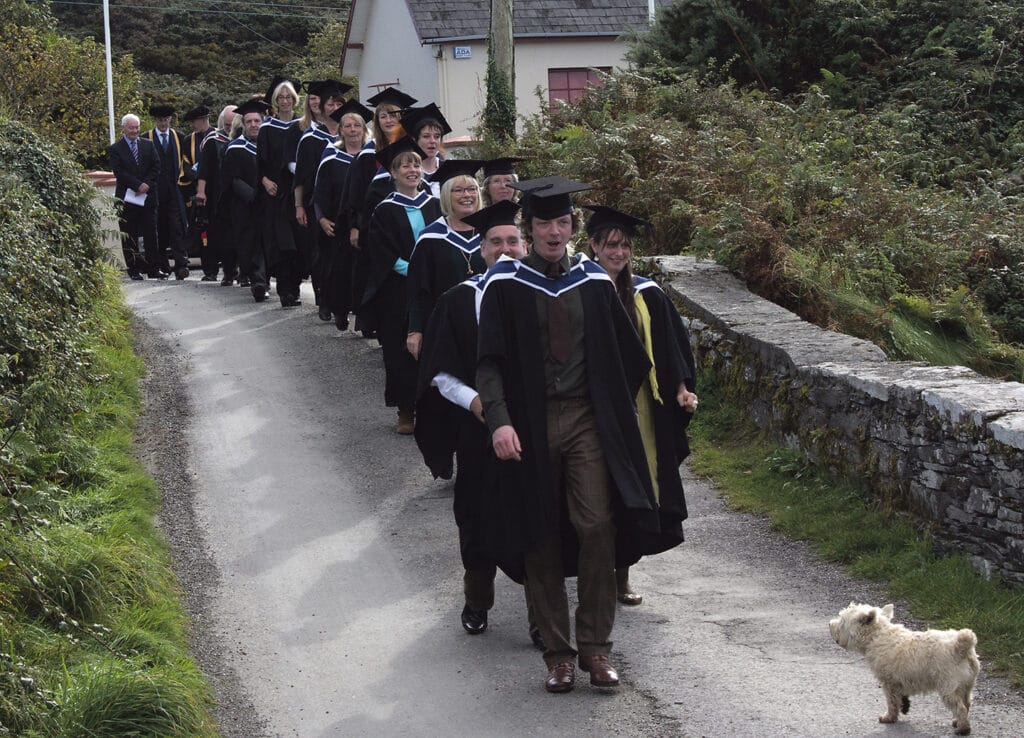