The War of Independence work ‘Men of the South’ by Sean Keating hangs in Cork’s Crawford gallery and is described in gallery literature as “a painting that is not about the grime and pain of war, but about the idealism and patriotism behind it”. One hundred years since the painting was finished, Pauline Murphy looks into both its origin story and the men it depicts.

The seed of this group portrait of an IRA party was planted by a solicitor called Albert Wood, who had represented Sean Moylan, the Commander of the North Cork Flying Column, at his trial in the springtime of 1921. Luckily for Moylan, the Truce was announced just in time for his trial to be dismissed and he walked free but, by that time, Moylan and Wood had struck up a firm friendship. The two met again in Dublin, in August 1921, where Moylan was attending a meeting of Dáil Éireann.

Albert Wood was a patron of the arts and a friend of Limerick artist Sean Keating. Wood brought Sean Moylan to the National Gallery where he suggested to the North Cork IRA leader that he should sit for a portrait painted by Keating.

Moylan agreed and met Keating at his studio in the Metropolitan School of Art. Moylan was at first wary but gradually grew comfortable in Keating’s presence and, as he sat for the portrait, he talked about the exploits of his men in North Cork.

Keating listened closely to these stories from the rebel county and in his mind was already putting together a composition of men in the hills, wearing trench coats and steely expressions, with weapons at the ready. He asked Moylan to bring some of the flying column to his studio for a group portrait.

Moylan picked column men from the Duhallow area, who arrived at the door of the Metropolitan School of Art with their weapons in hand. “We are here for Keating” they informed the startled porter who had answered their knock. The porter rushed upstairs to Keating’s studio to warn him but Keating just laughed and instructed the stunned porter to allow the men up.

‘Men of the South’ was not an easy creation. Midway through the painting Keating and his subjects had to relocate to a room in the Mansion House, and then back into Keating’s studio to continue the work.

Then Keating was not satisfied with his first painting; he put it to one side to start another afresh. That first painting today hangs in Áras an Uachtaráin after it was purchased during Douglas Hyde’s tenure as the Republic’s first President. The second painting is the one we are all now familiar with.

It took 11 months for Keating to finish his iconic painting. ‘Men of the South’ was first exhibited at the Royal Hibernian Academy and was bought for £250 by the Gibson Bequest Committee for the Crawford Art Gallery in Cork City, where it hangs to this day.

The ‘Men of the South’ came from rural farming backgrounds to take up arms against the might of the British empire. They were plain young men who found themselves in extraordinary times and circumstances.

Young men like Jim Riordan from Kiskeam, who is seen on the left of the painting with one hand resting on his weapon and the other resting on his leg. Riordan was quartermaster of the Newmarket Battalion. During the Civil War he was captured fighting against Free State forces in Kilmallock and imprisoned until Christmas 1923. He later married Sean Moylan’s sister in law.

The central figure in the painting, dressed in black with his hand resting on his hat, is Roger Kiely from the Millstreet Battalion. He was a school teacher who later became principal of Cullen national school from the 1930s until his retirement in 1961. Kiely made an impression on Keating who wrote in later years ‘Roger Kiely was about the best and finest man I ever knew….I went to look for him in County Cork and found him a poor school teacher in a poor little school near Kanturk….’

Denny Mullane stands on the left of the painting with both hands grasped around his rifle. Mullane came from Freemount and saw action in many ambushes including Clonbanin and Rathcoole. He later recalled such actions for the Bureau of Military History in the 1950s.

Dan Browne sits at the far bottom right of the painting. He hailed from Meelin and was a clerical student before joining the IRA. Browne was adjutant in the 6th Battalion Cork no.2 Brigade and was renowned as a skilled rifleman.

Jim Cashman stands at the back of the painting and was lieutenant of H Company Kiskeam. He was a notable athlete and was wounded fighting against Free State troops during the Civil War. The wounded Cashman was taken to Limerick Prison from where he escaped, but his wound slowed him down and he was recaptured and held until his release in 1924.

John Jones sits in the middle of Keating’s painting with his flat cap and sand coloured trenchcoat. Jones was just 17-years-old when he joined the IRA in Ballydesmond. In 1920 he was wounded when his comrade accidentally shot him in his leg. Jones recovered and continued in the fight for freedom. Following the end of conflict Jones emigrated to the US but later returned to his native home in the 1950s.

After the Civil War Sean Keating offered to paint notable events from the War of Independence but government officials declined his offer, telling him that Ireland needed to forget the past and move on with building the Free State.

In 1951 the Secretary at Áras an Uachtaráin wrote to Keating to enquire about the subjects in ‘Men of the South’. In his response Keating lamented the ignorance of the Irish State towards the past revolution: ‘Revolutionaries should remember that they are making history and that history belongs to posterity and should be documented in paint as well as print.’

Mon Sep 6 , 2021
Three West Cork farming familes have reached the finals of the 2021 NDC and Kerrygold Quality Milk Awards. The awards, dubbed the ‘Oscars of the Dairy World’ recognise, and celebrate, the highest standards of excellence in dairy farming with a focus on milk quality, animal welfare and sustainable farming practices. […] 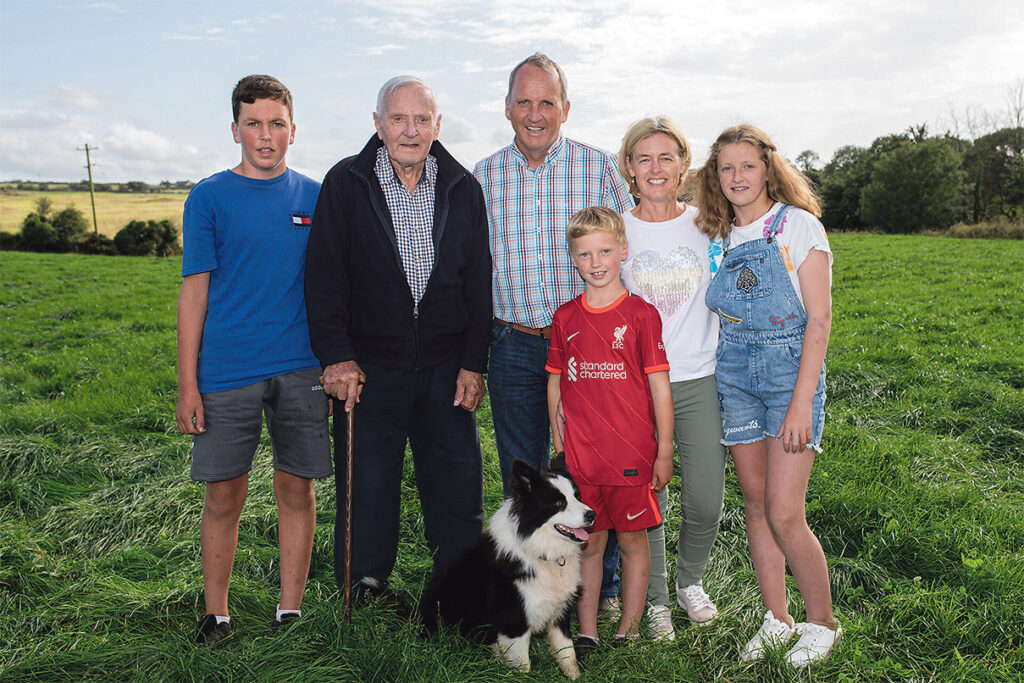