Everything in our world is cyclic. Like the seasons modes of human expression revolve, recapitulate, renew. The greatest fallacy of the contemporary art world is that art is on a constant path of ‘progress’, via radical deconstruction and conceptual evolution. But art is not technology. It is not a laptop requiring monthly updates to make it somehow ‘better’. Theatre is basically the same as it was 3000 years ago. And so is painting. Painters today move coloured mud over a surface with some hairs tied to a stick, just as they did in ancient Greece.

Over the last hundred years painters have worked in a more abstract way, their work more akin to the semi-abstraction of naïve medieval art, Byzantine iconography and the orchestral storms of Celtic ornamentation. The fruits of modernism can be seen in this way, as a return to the mystical abstractions of Byzantium and the magical coloured fantasies of the medieval period.

As the wheel turns, it should be no surprise, therefore, to see realist modes of painting come back into view. And it is an utter delight to now see the techniques of the ‘Old Italian Masters’ being salvaged and explored by a new generation of Italian painters. They are the ‘New Italian Masters’ and four of them are outstanding: Nicola Samori, Agostino Arrivabene, Roberto Ferri and Alessandro Sicioldr.

What the ‘New Italian Masters’ share is an active exploration of Renaissance, pre-Renaissance and Baroque methods, techniques and sensibilities. They are excavators of old knowledge, revitalising techniques such as ‘tempera grassa’ and supports such as copper, wood and stone. As craftsmen they have more in common with each other than other painters, and for these painters the exploration of their craft is everything.

Even as they revitalise ‘old master’ techniques and approaches, the ‘New Italian Masters’ are both like and unlike their forebears. By turns visionary, surreal, corporeal and postmodern, they carry the weight of a history embedded with transformation, on the one hand, and a loss of belief on the other. They inherit a culture which has largely lost belief in – or knowledge of – the painted image, just as it has lost belief in Christianity.

The work of Nicola Samori (b.1977), who is now considered a leader in contemporary European painting, hovers between belief and disbelief in the painted image. His typical approach is to recreate a Baroque masterpiece (in many cases paintings by Jusepe de Ribera), then ‘flay’ the painting by  carefully cutting and ‘skinning’ the layers of oil until a portion of it is left hanging, like a skin, from what remains. The visceral power of Samori’s work relies on his breathtaking rendering of the work of past masters. It is the incredible beauty of his rendering which makes the ‘flaying’ of his paint so shocking.

Samori belongs to a cohort of neo-Baroque postmodernists who love to paint the ‘Baroque body’, but who cannot quite believe in the illusion, and who find poetry in its sudden and jarring defacement. One reason for this approach, I would argue, is that artists, such as Samori, who are trained to approach art through a postmodern, dialectical lens, feel the need to create a bridge between the deconstruction of late modernism and their own desire to paint the figure. This need is allied to a deep faith in the idea of the avant-garde, the idea, since the advent of modernism, that art must always ‘break new ground’.

For Samori, to paint the figure in a true Baroque manner, and then ‘flay’ the very paint he has so beautifully applied, acknowledges both the desire for the painted  ‘Baroque body’ and the avant-gardism of both Lucio Fontana (1899-1968), renowned for his slit canvases, and Francis Bacon (1909-1992), who so famously appropriated and transfigured Velazquez’s ‘Pope Innocent X’. In slicing away the paint he also calls into question our own belief, in both the painted image and what it represents, whether it be a Ribera ‘saint’ or a Caravaggio ‘Christ’.

Where Nicola Samori plunges us into a post-Christian crisis of belief, Agostino Arrivabene (b. 1967) holds us within an affirmative spiritual crucible. Arrivabene, untouched by concerns of the avant-garde, bypasses the postmodernists’ dialectical dilemma and engages directly and deeply with visionary artists of the past and present. His work, resonant of William Blake and Gustave Moreau, plumbs the very heights and depths of visionary, mystical experience. It is a treasure trove of mysterious and beautiful visions, a veritable ‘ark’ of arcane visual knowledge and spiritual resonance.

Like Samori and Ferri, Arrivabene excavates Renaissance and Baroque techniques. But his excavations go much further, into the elusive and magical symbols of the subconscious. His is a primordial sphere of creativity which touches, like Odd Nerdrum, upon the shamanic and dwells in the border regions between life and death.

Paintings like ‘Il Rizoma di Pugin’ and ‘Albedo’ (2016) reveal both Arrivabene’s debt to Odd Nerdrum (discussed last month) and to the 19th century symbolists Gustave Moreau and Odilon Redon. Yet whilst those influences shimmer like ghosts within his forms, Arrivabene’s images are completely and utterly unique.

In ‘Il Rizoma di Pugin’ we see one of Arrivabene’s signature motifs: slender, luminous plants growing out of a radiant human form. This almost spiritual transfiguration of human being into light-filled, aboreal nature is developed to a fantastic degree throughout Arrivabene’s oeuvre. The mysterious clarity of the painting belies the density of its meaning, which, like a vision from a dream, lies elusively beyond the viewer’s conscious grasp.

The paintings of Roberto Ferri (b. 1978) owe something to Arrivabene’s therianthropy (shape-shifting into animal or plant), where limbs appear to be shooting plant-like roots into the ground, such as in ‘Sant’ Antonio’ (2018). Where, however, Arrivabene’s transformations become part of a mystical vision, Ferri’s emerge as mechanical, corporeal constructions. Figures are bound, chained, entangled, amputated and joined, by any number of means, including nails, tree roots, geometric instruments, handles and pipes, such as in ‘L’amore, La Morte e il Sogno’ (2017).

Just as Arrivabene channels spiritual light, Ferri shines the light of ‘reason’; he interrogates the corporeal via instruments of science, through de Sade-like constructions worthy of Renaissance chambers of pleasure and pain. Haloes and crosses, angels and cardinals vie with centaurs and oracles, almost every figure a vision of earthly beauty and an object of desire.

Like Arrivabene and Samori, Ferri employs techniques such as ‘tempera grassa’,  largely lost since the Renaissance. Unlike Samori he maintains a deep belief in the image of the painted ‘Baroque body’, his only concession to the modern era the organic morphing of limb into root.

Alessandro Sicioldr (1990) is the youngest of the artists I am positing in this group. His visionary surrealism reads like a dream-like merging of Hieronymus Bosch, Piero della Francesca, Odd Nerdrum and Agostino Arrivabene, his senior by 23 years. Even as his influences shine through, Sicioldr’s formal language and mystical vision are unmistakably his own.

Extraordinary visions like ‘The Birth’ (2018) are a testament to his outstanding ability to absorb and respell forms in compositions of internal poetic integrity. ‘The Birth’ is almost a metaphor for its own unfolding: figures, birds and a face emerge from shells and shells emerge from fish; all creation is linked, just as artists themselves are linked, one emerging from the other, Sicoldr emerging from Bosch, Nerdrum and Arrivabene whose very constructions he assumes, respells, makes new.

Between Sicioldr, Arrivabene and Nerdrum we see a spiritual chain of inter-generational connection in formation. Such links between artists in the 20th century were seldom made, as each sought to sever all links to the past in a perennial search for the ‘new’. But something that appears to be new without carrying an ounce of the past inevitably turns out to be hollow and lost. It is only through the absorption of languages past that artists can, in the crucible of the subconscious, reveal the unbroken chain of human vision in works both spiritually true and lasting.

New colour combinations to see a new year in

Tue Jan 18 , 2022
Having taken down the decorations, is the house feeling a little sad and bare? We’ve been surrounded by sparkling lights and baubles for so long that such a feeling is completely normal at this more dormant time of the year. To alleviate the January blues, now is the perfect time […] 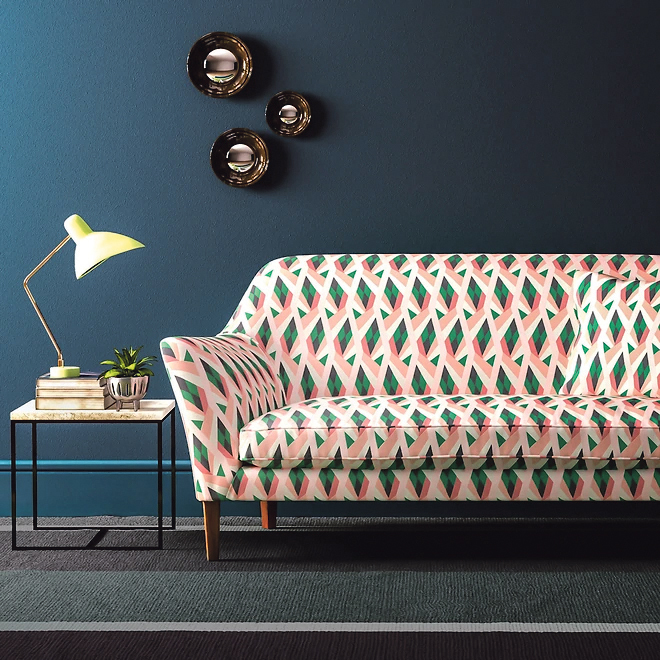