James Waller is an Australian born artist and poet based in West Cork. Through this new column James will be exploring the world of art, introducing the reader to major works of art and artists and reflecting on what makes them so engaging.

Whether it is a song, a poem, a dance, a painting, a performance or film, there is usually something we can recall that has moved us, resonated with us, made us laugh or cry, or held us with a quiet truth that we deeply recognise. Art has this incredible capacity to open us to ourselves and others, to trigger a sense of wonder, to excite our own creative desire, to reveal a sense of unity where before we felt none. Art draws us when it feels whole, complete, because we are not complete in ourselves. This is how it inspires. Dynamic, mysterious unity in a great piece of music is not only thrilling, it is healing: within it we can place all that is disordered and incoherent in our lives. We say to ourselves: “this composer really gets it, this singer understands me, I know this.” This is how art serves: by being a repository for untold feeling.

Art therefore is not escapism (though it certainly offers escape from the mundane and superficial). On one level it sparks wonder and a sense of possibility, and may trigger us on our own creative journey. On another level it is a way of deepening and refining our sense of empathy. Far from escaping, it brings us closer to an awareness of ourselves, and others.

At home and in the studio I often have art books open displaying works that inspire me, a habit that has prompted much journaling over the years. The last such series of journal entries I made was during lockdown last year, when I wrote a series of 60 daily reflections on various artworks. I will be using those entries as the basis for this new column, a journey into the world of art for all ages, called ‘The shape of things’.

I began the series of meditations with Henri Matisse’s ‘The Sorrow of the King’ (1952), a monumental paper cut-out, which he created bed-ridden, two years before his death in 1954. ‘The Sorrow of the King’ is for me one of the most joyful and uplifting compositions in Western art. Measuring almost 3 x 4 metres, its scale is wonderfully immersive. It has an unerring and magical sense of unity, a lyricism of shape and a visual syntax that is unequivocally Matisse.

Within ‘The Sorrow of the King’ we find celebration in the face of departure. It is as if the central ‘figure’ floats between this world and the next, the form of the body a cloak of night, upon which drift golden flowers and guitar. Is this figure the ‘king’, the artist himself, singing his own swan song? It is compelling to think so: the artist, incapacitated through illness, cutting his shapes, arranging his song, delighting in its gradual revelation and power. The work has also been linked to Rembrandt’s painting, ‘David Playing the Harp Before Saul’ (1655), which would go some way to explaining the title (Saul being, according to the Old Testament Bible, the first king of Israel).

Matisse employed in this composition the powerful form of a spiral, and there is nothing more visually magnetising. You can follow the spiral from the centre, below the lower white ‘hand’, clockwise around the rim of the black ‘cloak’ leading to the white ‘figure’, and then around again and again, to the outer edges of the composition. The powerful arcs of gouache-painted paper are countered by a grounding arrangement of coloured rectangles, their horizontal and vertical rhythms echoing outwards to the perimeter of the piece and beyond. Together they form a background ‘beat’ upon which the floating ‘song’ of arcs can resound.

Matisse developed a language of flat-coloured shapes, where the colours were separated, rather than mingled or blended. Colour, for Matisse, had the highest value, beyond concerns of line, form, illusion or narrative. He made colours sing and helped liberate others to do the same.

As a creative project you could try creating your own paper cut-out. All you need is coloured paper, scissors and glue! Try beginning with a single coloured sheet as a base. Using other coloured sheets, cut any forms you like the shape of (it can be completely abstract). Then begin arranging them on your base sheet. You could try placing them in a spiral-like form, or in any way you choose. Remember, using black will lend intensity to your colours. Happy creating!

James offers a range of studio-based courses for children and adults in Classical painting, drawing and printmaking at Clonakilty School of Painting.See www.paintingschool.jameswaller.org for details.

Mon Jan 18 , 2021
A few years back at a Mercedes ‘refresher day’ the company’s Irish Sales manager Ciaran Allen said that buyers of new cars now spend approximately 11 hours researching information on a car before buying. But those prospective buyers spend only 30 minutes in garage forecourts. Buyers know what type of car […] 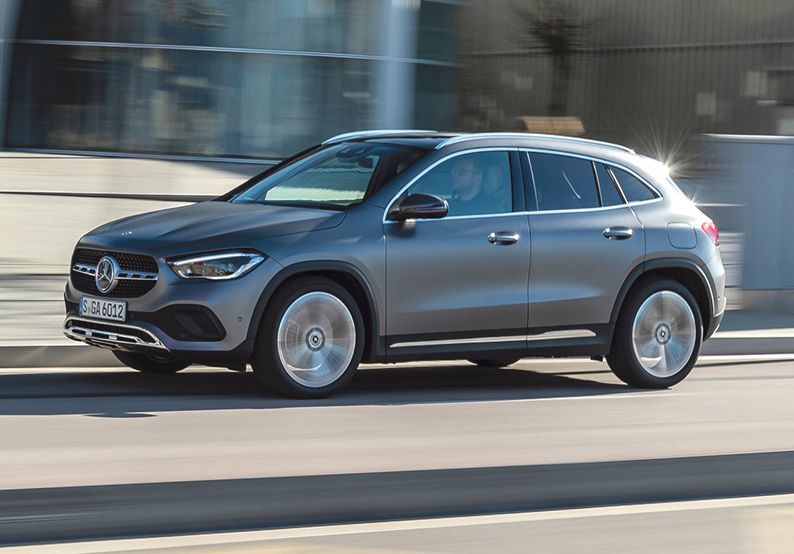