Eimear O’Herlihy grew up in Cork in a house where books were always part of the family Christmas presents. She is the festival director of West Cork Literary Festival, which takes place over one week in Bantry each July and includes writing workshops, readings, seminars and events for families and young people Several events from previous festivals can be re-watched on the festival’s youtube channel www.westcorkmusic.ie/WCLFYouTube. WCLF’s Literary Advent Calendar launches online on December 1 and will feature a short reading by an Irish writer each day until Christmas. The 2023 West Cork Literary Festival is scheduled to take place from July 7-14.

2022 was another excellent year for Irish writers, including Cork writers, and I could provide an endless list of wonderful new books. It wasn’t easy to narrow it down to six books but hopefully I have come up with a varied list that will appeal to many different tastes.

The Game: A Journey into the Heart of Sport
by Tadhg Coakley

Cork writer Tadhg Coakley is known for his fiction, including Whatever It Takes, a crime novel set in Cork city but he is also a sportswriter and in May this year his non-fiction title The Game: A Journey into the Heart of Sport was published. It’s partly a memoir in which Tadhg looks at his experiences as a player and a fan and how sport has influenced his entire life. He also looks at the good and bad sides of sport – how sport brings people together and how important sport can be to communities and for physical and mental health but also the darker side of sexism, homophobia, racism, corruption that can infiltrate sport. The Game is a really enjoyable and moving look at a life lived in sport and is a must for any sports fan.

Winter People is the third novel by Gráinne Murphy, a writer who lives in West Cork. It was published in October and it is so beautifully written. It is set in a small coastal town on Ireland’s Wild Atlantic Way and tells a story of forgiveness and resilience from the perspective of three different characters, Sis, Lydia and Peter. If you like literary fiction and books set by the sea you will love this book. It’s the perfect book to curl up with on a wintery day and what better place to do it than near the sea in West Cork.

Courting by Liadán Hynes was published in October with the subtitle Tractor Dates, Macra Babies and Swiping Right in Rural Ireland. It’s a non-fiction book and Liadán travels all over Ireland meeting people of all ages in rural communities to hear their stories of looking for love and companionship in rural Ireland, with quite a few stories from County Cork in the mix. The people she talks to represent the diversity of Ireland today and whilst there is laughter and sadness in many of the stories, they all contain hope. I think anyone living in a small community will relate to the stories in this book and will find it a very enjoyable read.

Michelle Gallen is a Northern Irish writer whose second novel Factory Girls was published in 2022. Factory Girls takes place in Derry in the summer of 1994. Maeve and her friends have just finished school and are working in the local shirt factory whilst they wait for their exam results and hopefully the opportunity to go away to university. As the summer progresses and marching season approaches tension grows between the Protestant and Catholic workers in the factory. The characters have no idea that the IRA will declare a ceasefire at the end of the summer and as a reader it was so interesting watching the date of that ceasefire approach as the novel progressed. It a serious backdrop but Michelle’s novels are also hilarious. You’ll fall in love with the characters and this book is a definite winner for anyone missing The Derry Girls.

The Shop of Impossible Ice Creams, written by Shane Hegarty and illustrated by Jeff Crowther (ages 7-12)

The Shop of Impossible Ice Creams is a children’s book written by Shane Hegarty and illustrated by Jeff Crowther. It was published in June and is suitable for ages 7 to 12. However I am a lot older than twelve and I also loved this book. Limpet’s mum wants to open an ice-cream shop and sell crazy flavours like carrot and garlic and chicken and cheese even though Limpet’s favourite ice-cream flavour is good old vanilla. His mum’s shop is under threat when the evil Mr Fluffy comes to town and opens his Mega Emporium of Amazing and Spectacular Ice Creams. Ice-cream lovers will be on the edge of their seats with the laughs, thrills and twists and turns in the company of Limpet and his friends. This is the first book in a new series and you won’t have to wait long for the continued adventures of Limpet as the second book will be published in February.

Truth Be Told is the second Young Adult novel by Sue Divin and it was published in April. This book is also set in Northern Ireland but in the present day. Two teenage girls, Tara and Faith, have been raised on opposite sides of the political divide and their lives couldn’t be more different. Their paths cross on a school trip and they are surprised to discover that they look almost identical to one another. They both have to question everything they thought they knew about their lives and their families. I don’t want to give too much away but it’s a great read and I can highly recommend it for the teenagers in your life. An extract from Truth Be Told will feature in WCLF’s online Literary Advent Calendar in December.

Happy Christmas and happy reading to all of you!

Take a leaf from an author’s books

Mon Dec 12 , 2022
Gráinne Murphy is a West Cork-based writer. Her most recent novel, Winter People, was published in October 2022 by Legend Press. It follows The Ghostlights (2021) and Where the Edge Is (2020), both published by Legend Press. She also loves to read and below are her favourites from this year. […] 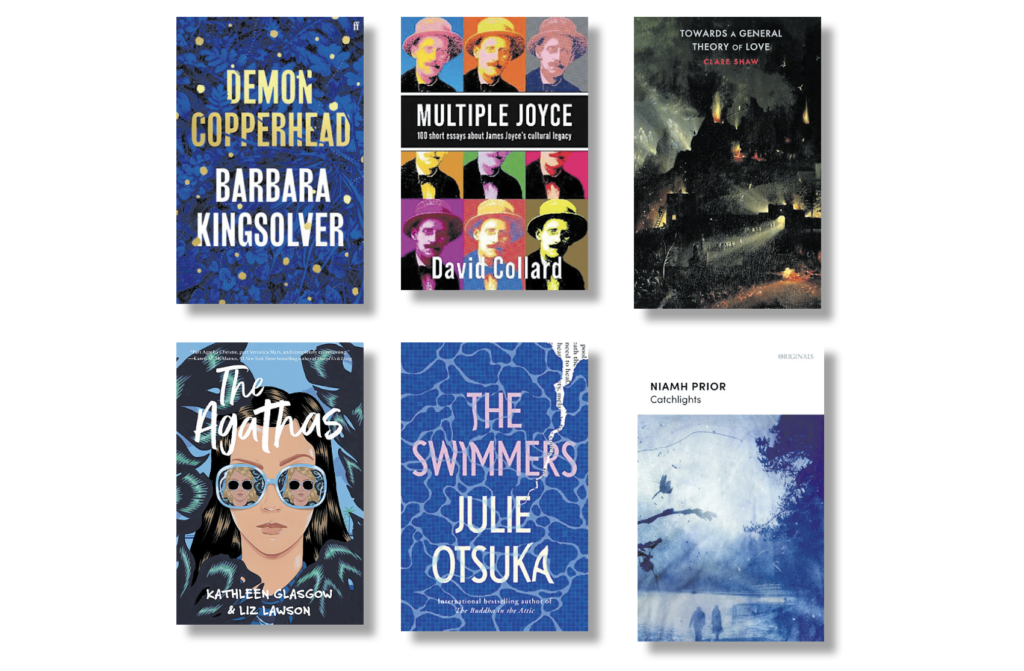