Along the Cork-Clonakilty main road there is a stone monument honouring the brothers Lane. Erected by their second cousin Jim Lane, the stone marker shares that brothers Thomas (Tom) and James (Jim) fought in two wars – World War I and The Irish War of Independence. Pauline Murphy shares the story of the Clonakilty brothers who, from the trenches in France to the hills of West Cork, fought with great honour and even greater bravery.

The Lane brothers enlisted in the British Army in the early days of WWI. Tom was only a teenager when he enlisted in the Army Service Corps in November 1914. Discharged weeks later due to his young age, this did not deter the young Clon man who enlisted again, this time with the Machine Gun Corps, with which he was sent to fight in France in 1915.

Tom was later transferred to the Tank Corps and finished the war as a Lance Corporal in 1918. He proved to be a brave soldier, as reported in The London Gazette of December 5, 1918:

“Lance Corporal Tom Lane was awarded the Distinguished Conduct Medal for conspicuous gallantry during an attack. When his tank received a direct hit, severely wounding three of the crew, including the commander, he and the remainder of the crew carried them to a trench. He then, under heavy fire, went and recovered a stretcher and got his officer back to a dressing station. The following day he went out with another non commissioned officer to the tank under heavy shell-fire, and after it had been mended drove it back. Throughout the action he showed utter disregard for his own safety and set a fine example to his crew.”

Tom’s brother Jim enlisted in the Royal Field Artillery and, like his brother, he too saw action in France, as described in a letter from Jim to his mother, which was published in The Skibbereen Eagle of October 30, 1915:

“…in the evening the enemy sent over some gas, it did us no harm but it made our eyes a little sore…Dear mother what do you think I saw a few days ago? Well, there were some regiments, or what was left of them, coming out of the trenches for a rest. They marched past where we were, one lot had pipes which they were playing…they were the brave Munsters. With the sound of those pipes playing on the battlefield, with death so close, and home so far away, I got lonely and then overjoyed so much so that I could scarcely speak…I suppose all the Clon boys were amongst those gallant Munsters but they would not recognise me in my present rig…”

When the Lane brothers returned home after the war, Ireland was a changed country to the one they had left. The Easter Rising in 1916 and the surge in support for Sinn Fein in 1918 saw a country change course from wanting Home Rule to wanting a free Irish Republic.

Like the legendary General Tom Barry who returned from fighting with the British army in WWI, the Lane brothers also joined the IRA. It was because of these experienced, battle-hardened veterans that the West Cork Brigade became the best fighting force of the Irish Republican Army.

The Lane brothers were members of the Clonakilty Company and were active service members from 1920 through to 1923. When the bitter Civil War erupted, the Brothers remained loyal to the Republican cause and were interned until 1924.

Jim Spud Murphy, section leader in the Third West Cork Brigade, mentioned the Lane brothers in his witness statement for the Bureau of Military History:

“Tom Lane, Jim Lane and myself came into Clonakilty to search for any tans that might be moving around the town. We searched a number of public houses and got some scouts to search others. We were eventually informed that there were three tans in Kingston’s public house in MacCurtain Hill, and two in a public house next door. Tom Lane was left to cover the public house next door while Jim and I moved to Kingston’s where I threw a bomb into the shop. The bomb blew out all the glass in the front of the shop, killed one of the tans and seriously wounded another…we then retreated via Astna Street and Clarke Street up the old hospital hill to whites of Clogheen…next day we attended a battalion council meeting at Sam’s cross….”

Spud Murphy recalled how he, and the Lane Brothers, had a narrow escape from the enemy at the close of the conflict:

“About a week prior to the truce, Major Percival initiated a pincers movement making a half circle from Ring, Bandon, Newcestown, Ballineen, Reenacsreena and Rosscarbery. He moved his line of troops to the sea, and a few of us were driven down to the cliffs at Dunnycove in the Ardfield district. After one night out on the cliffs, Jim Lane, Tom Lane and I decided to endeavour to break through. We left the cave about 9pm and, after travelling three or four fields, we saw a large party of military in the next field to us. We changed our route and went eastwards towards Dunnycove coastguard station, and then travelled west, crossed up through the townland of Ballyva on to Greenfield, up through Camus to Carrigroe, down to Lisavaird and on to Sams Cross. Part of Percival’s column was still operating in this area. We moved to Bealad where, on the following morning we commandeered a horse and trap and proceeded to Whites of Carrhuvouler, which was battalion headquarters.”

Mon Nov 1 , 2021
Commemoration can be a dangerous thing. Just ask President Higgins. The diplomatic corps in Ireland and Britain must have been working overtime, when the President turned down an invitation to “mark the centenaries of the partition of Ireland and the formation of Northern Ireland”. President Higgins is not just an […] 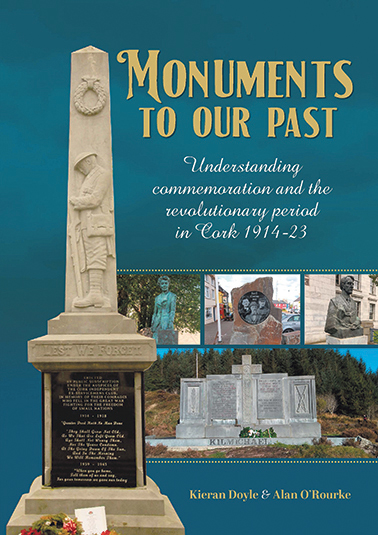