Ahead of the centenary of the death of Michael Collins later this year, the site of his fall at Béal na Bláth will undergo a much needed upgrade. Cork County Council is spearheading an enhancement of the historic site where people have gathered every August to honour ‘The Big Fella’. Pauline Murphy looks back on those commemorations over the decades.

The first Michael Collins commemoration at Béal na Bláth was held just a year after his death, in August 1923. The road today looks very different from the one on which Collins died; back then it was just a small lane mostly used by locals.

A small black wooden cross was erected at the spot where Collins was shot and those present included members of the Collins family, Kitty Kiernan and General Richard Mulcahy, who led a troop of Free State soldiers. Mulcahy delivered a short oration and an army chaplin said prayers. Following the laying of some wreaths, a volley of shots was fired by the soldiers to signal the end of the first commemoration.

In 1924 the army purchased a strip of land along the roadside at Béal na Bláth and commissioned the large limestone Celtic cross that stands there today. However, for engineering reasons the monument was built across the road from where Collins was actually shot. The railings surrounding the monument today are not an original feature.

WT Cosgrave unveiled the monument in front of a large crowd in 1925 and over the years the landscape has gradually changed to accommodate ever larger gatherings; the road was widened and scrub and many trees have been cleared away.

The ’30s were a difficult time at Béal na Bláth. In 1932 General Richard Mulcahy gave the oration to mark the 10th anniversary of the fatal ambush but the commemoration was blighted by the Blueshirts (the Army Comrades Association), a right wing facist group led by Eoin O’Duffy, who styled himself as an Irish Mussolini. They arrived at the site in large numbers, wearing their namesake blue shirted uniforms and giving the facist raised arm salute.

In 1933 the Blueshirts were at their peak with their leader O’Duffy becoming the first president of the newly formed Fine Gael party.

For that year’s commemoration the Fianna Fáil government ordered a ban on army participation and placed a Garda Síochána ring of steel around the area to prevent Blueshirts attending.

The following year Blueshirts marched on Béal na Bláth again and the event was marred by violence when scuffles broke out between O’Duffy’s men and those opposed to them.

O’Duffy showed up at Béal na Bláth again in 1935 and in1936, the last time he attended the commemoration – he used the platform to announce he was going Spain to fight for dictator Francisco Franco in that country’s civil war.

In 1939 a local Commemoration Committee was formed. That same year permission was finally granted by the government to erect a headstone over the grave of Michael Collins at Glasnevin.

Low key commemorations were held at Béal na Bláth throughout the 1940s. In 1948 an inter-party government replaced Fianna Fáil and the army was granted the right to participate. In 1951 Fianna Fáil were back in power and the army were once again banned. In 1972 that ban was completely overturned for the 50th anniversary of Collins’ death.

The political and social landscape is much changed for the upcoming 100th anniversary commemoration at Béal na Bláth. Tribal ownership of the statesman from West Cork has waned and, a century after his death, Michael Collins can now be remembered not by one side or another, but by all of us.

Lifelong learning on the farm

Mon Feb 7 , 2022
There’s some good news on farm this month with a clear TB test this time out. There will be another test required 60 days from the latest one and if that is clear then restrictions on the herd will be lifted. The weather has been excellent too and, I hate […] 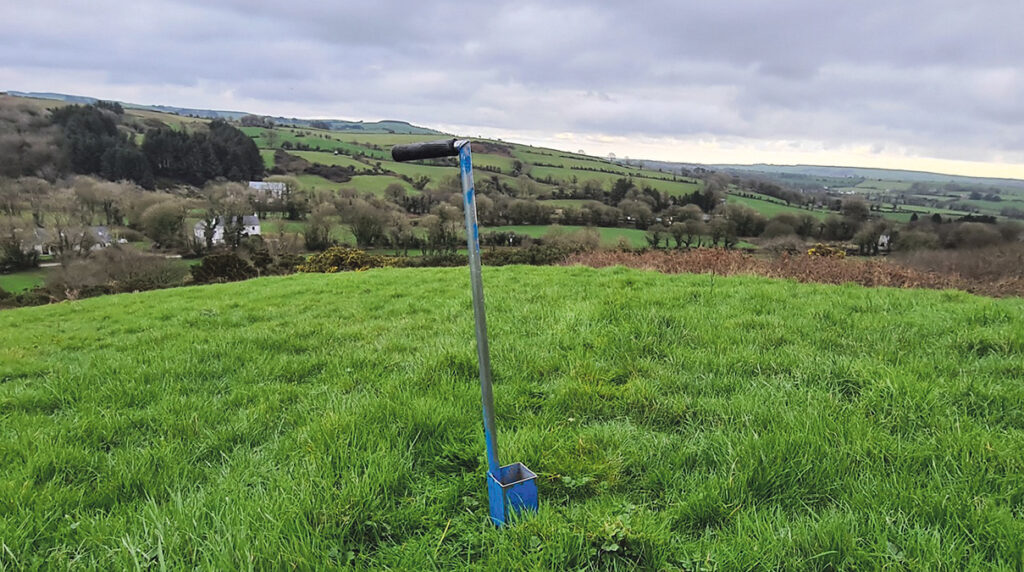