On Whit Sunday, May 15, 1921, 38-year-old Fr James O’Callaghan was shot dead by Crown Forces in the house of Liam de Róiste TD, on the northside of Cork City. Pauline Murphy marks the centenary of his death with a look at the life of this West Cork native.

Fr James O’Callaghan was born near Newcestown, in the parish of Templemartin, and took his first steps to the priesthood at St Finbarr’s Seminary Cork before going on to St Patrick’s Maynooth, where he was ordained in 1908 and dispatched to England for his first ministry.

In 1912, Fr O’Callaghan returned to his native soil when he was appointed to the Gaeltacht village of Ballingeary, where his love of Gaelic life and language flourished. He became a popular and influential figure in the burgeoning Gaelic revival of the Rebel County but in 1917 he had to leave Ballingeary behind when he was appointed Chaplin to the Good Shepard Convent in Cork City.

In 1920 Fr O’Callaghan was appointed Curate at the Church of the Most Precious Blood in Clogheen, on the northside of Cork City. While waiting for accommodation to be built, he, and his housekeeper Katie Kearney, took lodgings at the home of Sinn Fein TD Liam de Róiste, who resided at Upper Janemount in Sunday’s Well.

Like many involved in the Republican movement, Liam de Róiste never slept at his own address for fear he would be arrested, or worse. On the morning of May 15, 1921, the only people in the house were Fr O’Callaghan, Katie Kearney, Mrs de Róiste and her elderly mother.

It was just after 4am when a group of RIC Auxileries, masked with scarves,  made their way up Buxton’s Hill, which led to Upper Janemount.

The occupants in the de Róiste home were abruptly woken from their sleep by a loud banging on the front door, followed by the sound of its glass panels shattering, as the Auxiliaries burst their way in.

Fr O’Callaghan appeared on the middle landing of the stairs, where he was confronted by armed men rushing up towards him. Katie Kearney had bravely left the safety of her room and now flung herself in front of the priest, reaching for one of the men’s scarves, to pull it from his face.

A volley of shots rang out; a bullet grazing Katie’s hand, as she tried to shield Fr O’Callaghan. However, the intruders were intent on violence and they shot the priest dead, leaving him in a pool of blood, before calmly departing the scene and disappearing into the dark streets of the city.

Neighbours rushed to the de Róiste house and tried to help the slain priest. An ambulance was called but it was unable to proceed up the steep incline of Buxton’s Hill. Instead, with the help of the neighbours, Fr O’Callaghan was wrapped in blankets and carried to the ambulance at the bottom of the hill. He was taken to the North Infirmary, where he clung to life until he finally passed away on the following evening.

No one was ever brought to account for his murder.

There was a suggestion that the callous killing was carried out by an RIC Auxiliary group from Shandon Street RIC Barracks, who were locally and fearfully known as ‘The Charlie Chance Murder Gang’.

This gang was led by a notorious figure called Sergeant Charles Chance, who had a reputation for sadistic behaviour on the streets of Cork. Chance was a target of the Cork IRA but escaped several attempts on his life. Following the truce in the summer of 1921, the notorious Sergeant Chance left Cork, never to answer for his war crimes.

Fr O’Callaghan was one of three priests killed by Crown Forces during the War of Independence; Canon Magner was shot dead on a Dunmanway roadside in 1920 by drunken Auxiliaries and a Fr Griffin was abducted from his home and murdered in Galway the same year.

The funeral of Fr O’Callaghan was a large one; the procession included  several organisations and GAA clubs, along with brass bands and hundreds of clergymen. He was buried in the grounds of Clogheen Church, where he had been curate for only seven months.

In 1971 the 50th anniversary of Fr O’Callaghan’s death was remembered with the dedication of a Celtic cross over his resting place at Clogheen church. A GAA club named in his honour was founded in the Clogheen area. Unfortunately the club is now defunct but Fr O’Callaghan is still remembered in the locality with an annual anniversary mass and wreath laying ceremony.

Katie Kearney, who displayed immense courage on the night of Fr O’Callaghan’s murder, was a native of Inchigeela. Katie lived until 1976 but never forgot that dreadful night.

The formation of The Texas Rangers

Tue May 4 , 2021
The claiming of land in the West of America by white settlers is an often-romanticised notion brought about by popular media. Books, documentaries and television shows can often skew the view of reality. If one takes a step back and analyses the facts, the reality of the situation is far […] 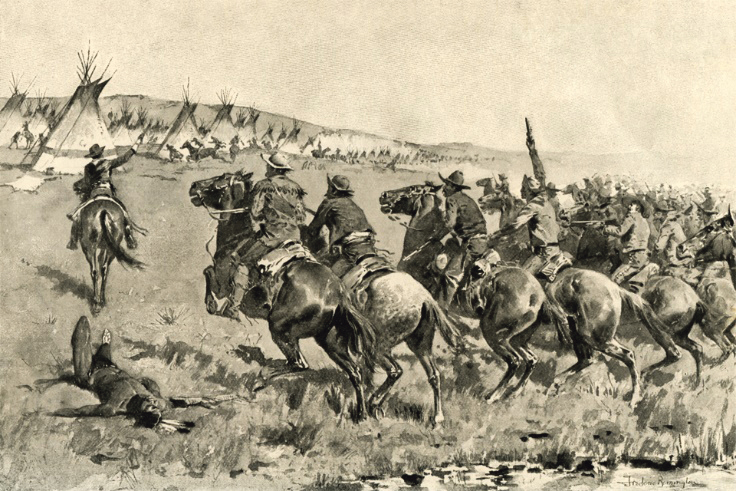