De Barra’s Folk Club is a renowned and revered place that has drawn many famous as well as up and coming musicians, comedians and even actors.  On Wednesday May 16, it made history by hosting history! The brainchild of Alan McCarthy and Jamie Murphy from the Michael Collins House Museum, and with assistance from Ray Blackwell in De Barras, ‘History Scoops’ was born. Jamie and Alan invited three speakers to the stage in De Barras, to discuss aspects of the Irish revolutionary history period.  The informal, relaxed and ambient venue turned out to be a perfect place for those who wanted to listen, have a coffee or beer and get a flavour from three different speakers. Of course I’m biased because I was kindly invited to speak on the revolutionary commemorative sites I wrote about in my last article. And fortunately for you readers, I was able to record the nights proceeding for the history show on www.westcorkfm.ie.

The two other speakers were Doctor Martin Donoghue from the University of Limerick and Professor Linda Connolly from Maynooth University. Dr. O’Donoghue, delivered an insightful talk on the politics of the revolutionary period with a particular focus on the 1918 general election and the 1920 local elections. What was fascinating to me was the political system that existed.  Dr. O’Donoghue points out how the 1918 election, was a first past the post system, which is still of course the system used in the UK today. And while there is no doubting the massive victory of Sinn Fein, gaining 73 seats to the Irish Parliamentary Party [IPP] six, this first past the post system, is more generous to the winner. At a glance these figures suggest an overwhelming majority for Sinn Fein, but they pooled 47 per cent of the vote, huge but not as dominant as it looks by judging it on seats alone. He points out that Labour did not contest any seats in the national interest and that many constituencies were uncontested, leaving free passage to some Sinn Feiners. However, Martin does acknowledge that the bright days of the IPP were now rescinding into the shadows and an increased electorate of younger, mixed gender and socially more diverse voter were seeing things differently to their fathers. [Not mothers – women couldn’t vote in Ireland until that election]. The IPP did rage, rage against the dying of the light. The local elections he points out, however used the new Proportionate Representation model, a model indeed to protect the minority interests such as Unionists. This did reflect a wider dichotomy of voter opinions and labour did exceptionally well and the IPP marginally better than 1918. Martin’s lecture is really clear and has an array of insight and information.  He also discusses the suppression of the Dáil and censorship –  make sure you listen in on the pod cast or live show.

Professor Linda Connolly finished the night with another brilliant lecture on sexual and physical violence against women during the revolutionary period. The extent of her research touches on such acts perpetrated by crown forces and the IRA. Professor Connolly set the tone when she stated what happened to some women meant there was an impulse to forget pointing to the psychological impact and cultural context where the reporting of such crimes often went untold. Connolly was at pains to point out that it wasn’t just men who were the victims of violence and she sheds a light on gender based violence during the period. Professor Connolly trawled through reels and reels of witness statement in the Bureau of Military history as well as other sources to find any hints or accounts of such atrocities. One particular gender based type violence was hair shearing. It’s a sight that we may recognise from World War II pictures of French women who had romances with German soldiers, being ‘punished’ after the war for their ‘crime’. This also happened here, during the revolutionary period. Connolly cites an incident, about a woman Eileen Barker, whose head was shaved by the IRA because she allowed British Soldiers to stay in the local hotel. Another example is from an IRA man who said, ‘I had to watch a girl get her head shaved forcibly and pitied her, but had to look on because I couldn’t intervene’.  There is always a debate around armed revolutions and the latest narrative that is developing amongst some historians is that armed insurrection was needed to free Ireland more so than any political path. Even if this is so, war and the actions perpetrated by those who rule with gun and might often spill into unsavoury incidents, and violence against women is something that Linda is trying to expose. Her lecture is a must listen. Perhaps one of the more disturbing incidents she points to is the gang rape of Eileen Biggs a Protestant woman, by eight Free State soldiers who raped her thirteen times. Their punishment? Nothing. Eileen had to learn to live with the physical and sociological scars and a knowledge that the men who did this walked free.  Indeed, the leader of that gang, Martin Hogan has a war memorial commemorating his death in the Civil War. Eileen and her husband moved to England and both had nervous breakdowns.  Only for Professor Connolly, Eileen Biggs’ memory and others would be forever in the shadows where they were forgotten, undisclosed and simply collateral damage of the fight for freedom. Connolly’s lecture will intrigue you.

I must mention of course local historian Sam Kingston whose documentary on the West Cork Brigade will be airing on RTE on June 13. Sam’s documentary looks at the conditions a flying column would have to endure during the War of Independence. In a unique twist to other documentaries, Sam took an unusual step in attempting to make history a living force. In essence a brigade was chosen from many volunteers who turned up at the boot camp and endure the many tasks they were set. The aim – relive the conditions of the men who fought 100 years ago. His documentary narrates the historical story of the Brigade but looks outwardly to discover attitudes of a different generation. It includes interviews with students from the University of Essex, a place that is synonymous with the notorious Essex Regiment of their forefathers. Well done Sam and good luck!

And remember everybody, tune into www.westcorkfm.ie live, fortnightly on Saturdays at our new time of 9:30pm or listen to the podcasts in the listen back section if you missed or any of our other history shows.  You will find a host of other content on the website in West Cork’s newest radio station.

Fri Jul 5 , 2019
Irish Community Rapid Response has welcomed the announcement by the Department of Health on June 14 that a service contract has been signed – and Ireland’s first community Air ambulance will be airborne within weeks.  Welcoming the announcement, ICRR said it looked forward to working is strong cooperation with the […] 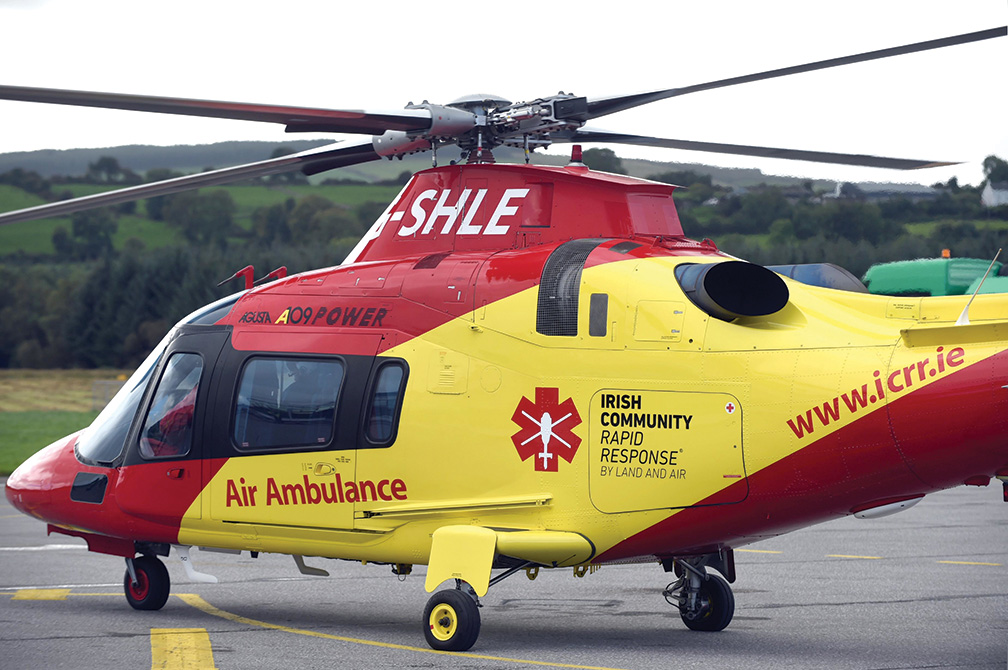