Following on from concerts with Thomas Zehetmair and Mezzo Soprano Paula Murrihy in October, the Irish Chamber Orchestra is back on the road touring in November for the first time since 2020. Renowned Grammy Award-winning German Violinist Florian Donderer makes his debut with the Irish Chamber Orchestra for three concerts, one of which takes place in Bantry on November 12

Berlin-born Donderer has devoted his life to chamber music and his energetic playing and emphatic interpretations make him a valued partner for ICO. His dynamic, brilliant, and incisive playing has seen him perform with some of world’s finest ensembles. As a conductor, he captivates orchestra, musicians, and audiences alike.

He has selected a rich baroque programme which opens with C.P.E. Bach’s ‘Symphony in A Major,’ a lyrical and intriguing work from his Hamburg sojourn. This is paired Hans Werner Henze’s arrangement of Bach’s Fantasy-Sonata ‘I Sentimenti’, which projects this expressive harmonic material into a larger instrumental range. Continuing the Bach showcase, Florian highlights short extracts from J.S. Bach’s The Musical Offering, written towards the end of his life, a period in which he became preoccupied with developing his expertise and bringing his high-mindedness to new levels. Mozart adds his voice to Bach’s music, paying tribute to the master of fugue with his ‘Adagio and Fugue in b minor.’ Debussy’s sophisticated ‘Danse Sacrée et danse profane’ is one of the finest works for harp and strings. Finally, ‘Leclair’s Violin Concerto Op. 10 No. 4 in F major’ demonstrates Donderer’s ability to tackle the often-fearful difficulties of Leclair’s music, with charm and brilliance.

The Irish Chamber Orchestra is resident at the Irish World Academy of Music and Dance at the University of Limerick and is funded by The Arts Council of Ireland/An Chomhairle Ealaíon.

Masters of Tradition online at Bantry House and other venues

Tue Nov 2 , 2021
Masters of Tradition (September 29 – November 17, 2021) takes place online this year but its mission remains the same – to journey to the heart of Irish music and provide a platform where subtle elements of the music can be heard. This unique festival presents Irish traditional music in […] 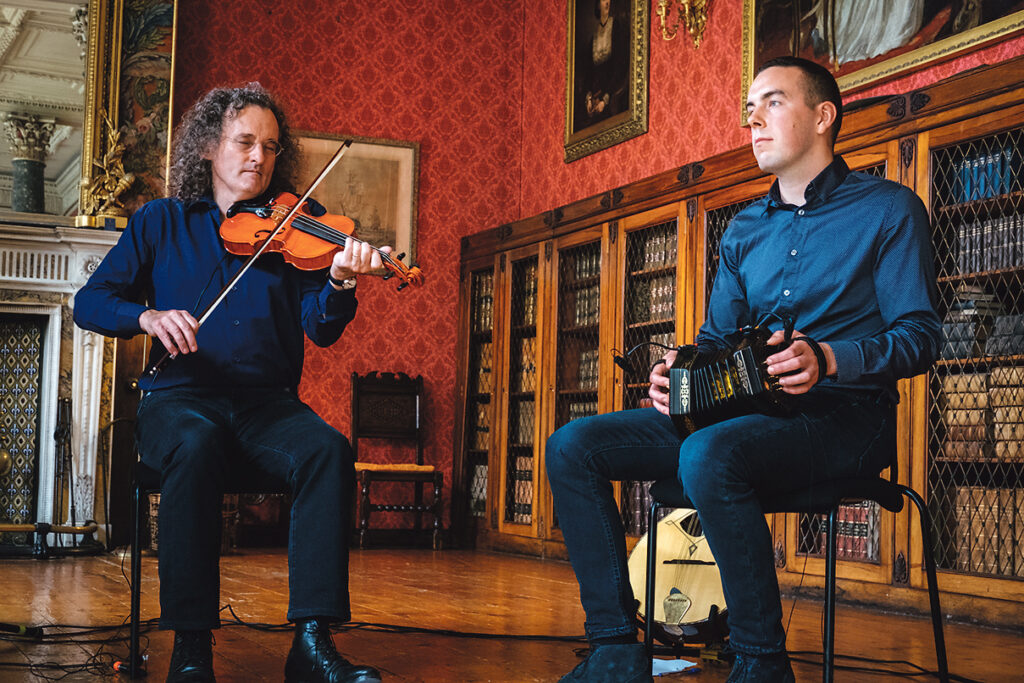