Art…what does that mean again? When I started researching definitions of art, I quickly realised that I was entering a minefield. It appears to be extremely contentious, which is astonishing when you consider that art has been made for thousands of years. Surely, I was thinking, there is something universal, something wonderful and mysterious underpinning millennia of human creativity? Perhaps there is, but what may have once seemed obvious, has in the last 100 years become unduly complicated. Because of war. And because of a urinal!

The trouble for the visual arts began with Marcel Duchamp and the Dada movement, which was essentially a protest against the senselessness of World War I. The Dadaists, for whom parody was key, presented (amongst other things) readymade objects as works of ‘art’, cynically suggesting that actual art made no difference to a civilisation ready to so brutally destroy itself. The most famous ‘work’ of this era is Marcel Duchamp’s ‘Fountain’ (1917). It is simply a urinal, presented as a ‘work of art’. Duchamp, one suspects, was not trying to re-define art, but was in fact mocking it. Art, from opera and ballet, to sculpture and painting was the epitome of a civilisation that had, through war, catastrophically failed. The anti-art antics of the Dadaists were born of legitimate rage.

Unfortunately the parodies of Dada gave birth to conceptualism; the aesthetic principles of visual art, which had stood for millennia, were effectively replaced with the idea that artists should constantly ‘stretch the boundaries’ of what art could be. This, beyond any question of content, became the aim. The Guardian Arts writer Jonathan Jones brilliantly summed up the conceptual art culture it has created, when he wrote: “It began in horror. It has ended in farce.” (The Guardian, 5 May 2016). What was meant as a mockery of art has, in the contemporary art world, become its central principle, one which governs all Western art institutions, from universities to galleries and museums.

Enter, stage left: Damien Hirst’s shark suspended in formaldehyde, titled ‘The Physical Impossibility of Death in the Mind of Someone Living’ (1991), Martin Creed’s ‘Work No. 227: the lights going on and off” (2000) and Maria Eichhorn’s ‘5 weeks, 25 days, 175 hours’ at Chisenhale Gallery, London (2016). These three ‘works’ are the descendants of Duchamp’s ‘Fountain’, and represent, in microcosm, the evolution of ‘conceptualism’. The last one (my personal favourite) involved the gallery closing for the duration set in the title. It leaves for dead Creed’s ‘work’ which involves the lights in a room going on and off every five seconds “ad infinitum”. Creed’s ‘work’ won the 2001 Turner Prize, the UK’s most prestigious art award and was subsequently ‘acquired’ by the Tate Gallery.

There is no doubt that Jonathon Jones is right: it is farcical. But here it is, dominating visual arts culture, from art history, to theory, to curation, and to practice. What was meant as mockery has become the presiding principle. It is important to understand this and to understand where it has come from, because our acceptance of it is eroding away the very foundations genuine art is built on.

And so, back to my question: art…what does that mean again? Ever since Duchamp, theorists and philosophers have been bending over backwards to accommodate conceptualism in their definitions. Robert Rosemblum (1927-2006), professor and art historian went so far as to write: “By now the idea of defining art is so remote that I don’t think anyone would dare to do it.” (Millán, p. 171). Art critic, Thomas McEvilley, concurred, stating “It seems pretty clear by now that more or less anything can be designated as art” (Millán, p. 171).

Composition is the key, the source to all art. Without composition there is nothing. Ask any painter, any composer, any choreographer or film director; all artists worthy of the term strive to arrange the elements of their work into a living, breathing whole. Dynamic unity is the goal, and always has been, for composition is the great, beautiful mystery which underpins all of human culture. Composition has – and this has never been explained – the cognitive power to move us, to unlock emotional states and states of awareness we have never experienced before. The cognitive power of composition is as mysterious as the laws that govern it. Artists are people who are not only in tune with these laws but who also have an urgent need to express their experience of the world through them, whether it be via film, language, clay, dance or paint.

In the definition I have given, transfiguration (or ‘transformation’, if you like) of a medium has to occur for a living, breathing composition to emerge. For example, a violinist, playing a piece by Vivaldi, transfigures sound into an emotionally resonant, unified composition. The violinist does this with their own aesthetic energy, fuelled by their passion for the music. Equally a sculptor chisels stone into organic, flowing forms; driven by emotion, inner vision, and a feeling for the stone, the sculptor resolves the forms into a living, breathing whole. Think of Michelangelo, or Henry Moore, or more locally, Michael Quane.

Aesthetic, ‘traditionalist’ definitions of art, such as I have given, hold true for all of the great art made throughout human history. If such a definition is exclusionary, it is so because art ‘is something’ that is ‘exceptional’. Not everything can achieve this designation because art requires a special kind of energy, vision, intuition and skill. A genuine work of art can inspire a thousand ideas. But an idea alone can never be a work of art. It is time that we called the charade of conceptualism for what it is; it is time to reconnect and create; to link back into the chain of human vision that guides, nourishes and sustains us.

Fri Mar 11 , 2022
Following on from the very well-received ‘The Valiant Father O’Connell’ and ‘Forget not the boys’ documentary, Spica 3 Productions’ writer Lar McCarthy and director Brendan Hayes have come together with stalwarts of the Kilmeen Drama Group, and others, to bring ‘The Battle of Crossbarry’ to the airwaves.  On March 19, […] 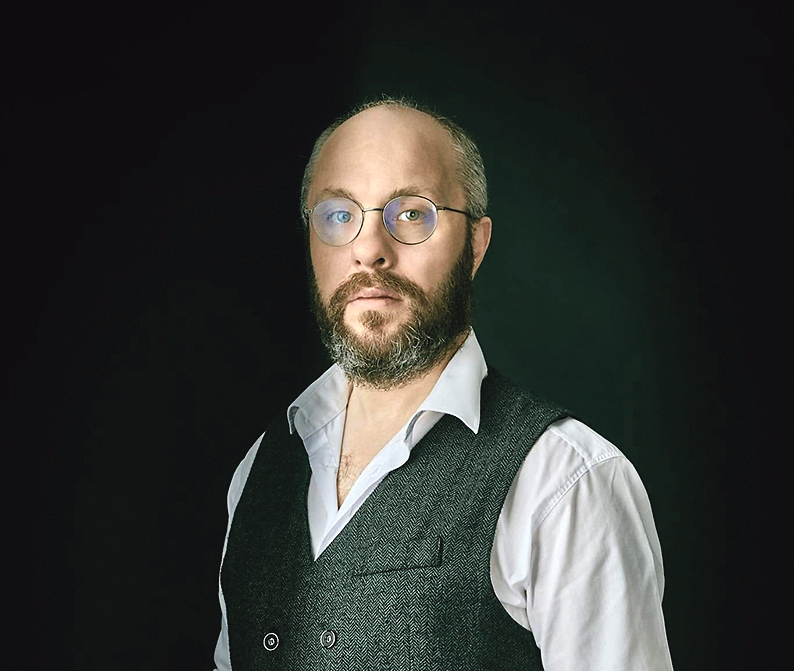