Dunmanway Community Council hopes to officially open a new community garden adjacent to the popular lakeside garden at the west side of the town in early August.

Work commenced at the end of June to clear the site of the former Vocational School on Chapel Street, Dunmanway to transform it into a ‘Garden of Expression’.

Sarah Cahalane of Dunmanway Community Council said, “At the end of May, we had a group discussion about how we could put this site to better use. We put a proposal to Cork County Council to develop the site as a new amenity for the community and tourism. In a very short time the idea grew from proposal to site clearing and, within a few weeks, we hope to open this garden to the public. This new garden will be adjacent to the popular lakeside garden and will further enhance the west side area of the town.”

The new space will include an interactive and interpretative sculpture garden for everyone to enjoy. The garden will also promote biodiversity with a giant bug hotel built by local man Charlie Horgan and a wild flower garden that will attract bees and butterflies. A number of local sculptures have also come on board with this project including Finn Kearney, Veronica Twomey Burke, Nathan Solomen, Maura O’Connell and Nigel Connell Bass. A piece created by French sculptor George’s OUDOT has been donated by the Quèven community, who have strong links with Dunmanway Twinning Association and the family of the late James McCarthy, Dunmanway have generously donated one of James’ pieces for display in this new garden.

The beauty in art

Tue Aug 11 , 2020
One of Ireland’s leading ceramic artists, Etain Hickey specialises in highly decorated and lustred ceramics and has exhibited both nationally and internationally. Inspired by the richness of her West Cork surroundings, she uses rich glazes and lavish decoration techniques incorporating gold to explore her love of colour, patterns and textures. […] 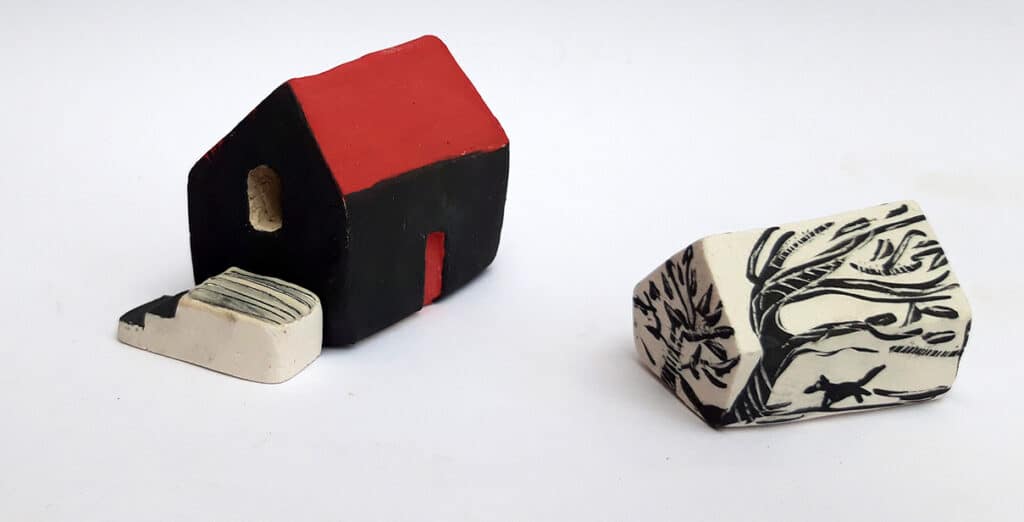