The co-founder of Brady Mallalieu Architects based in London, Angela’s side hustle as a creative glass maker is rooted in West Cork, where she enjoys exhibiting her contemporary glass designs in coloured fused glass in group shows.

Fused glass has been a passion for the past 15 years: “It’s a very special craft and hard to know exactly how your glass piece will turn out – after firing in the kiln – so every piece is unique and different,” shares the artist.

In 2015, the Dublin native who lives part-time in Ballydehob with her husband and business partner Robin, put together a group of West Cork based craftspeople called ’10 Hands Crafts’, that has exhibited in Ireland, the UK and China.

Angela graduated in architecture from TUD School of Architecture but has fed her passion for creating with continuous training over the years in various mediums including etching, clay sculpture, fused glass and pottery.

Her main inspiration lies in nature with many of her fused glass pieces bringing new life to beetles or butterflies – the shiny Dichroic glass gives a two-tone highly reflective shine just like real insects.

Not camera shy, the broadcaster has made a number of TV shows and videos promoting the many great designers and craftspeople in Ireland, her most recent being the ‘Designing Ireland’ TV series on RTE, which she co-wrote and presented with Sandra O’Connell.

“There are so many more stories out there to unfold that we would love to create another TV series on ‘Housing Ourselves – New ways of living’ taking inspiration for Denmark and showing alternative ways of living and co-habiting in the community that could work wonders in Ireland,” she shares.

While in her early career, her gender posed a challenge in a male-dominated industry, Angela broke new ground when she was elected President of the Royal Institute of British Architects (RIBA) –  the first non-British passport holder and only third woman to take up the post. Hailed as the most effective president of RIBA in 20 years, she received two awards for ‘services to architecture’, an OBE from Prince Charles and PDSA from Irish President Michael D. Higgins.

While all of these were massive highlights, she also mentions creating the ‘Designing Ireland’ RTE TV series as being a proud achievement.

Today Angela’s main challenge is persuading clients about the importance of the low carbon agenda and retrofit over new build. “We can be leaders with environmental improvements, but the politicians and legislation needs to back us,” she says passionately. Some of Brady Mallalieu Architects current projects with an environmental focus are in West Cork and include the CECAS centre in Leap. This Centre of Excellence for Climate Action and Sustainability aims to make a difference to our built environment, in teaching people what they can do to their buildings to minimise carbon use and cut their energy bills.

With her love of exhibiting in group shows, Angela is looking forward to the annual West Cork Creates show in Skibbereen. She lauds curator Alison Ospina as “ a fantastic creative who encourages so many artistic people to come together”.

She continues “We have so many great designers in Ireland from the Joseph Walsh Furniture maker who we featured on ‘Designing Ireland’ TV series on RTE to the dozens of creatives working in all areas of design and architecture like Grafton Architects ‘Dynamic Duo’ who are working on the Crawford art gallery.”

You will also find Angela’s beautiful glass work at the 10 Hands Crafts group show, which she curates, coming up in August (4-14) at The Aisling Gallery in Ballydehob supported by #DCCI and #AugustCraftMonth.

Fri Aug 5 , 2022
Cork Craft & Design, which brings together the best of Cork’s unique craft and design tradition has launched its 2022 programme for Cork Craft Month. Showcasing the best of contemporary Irish craft, over 50 workshops, artist talks, markets and demonstrations will take place across Cork City and County in August. […] 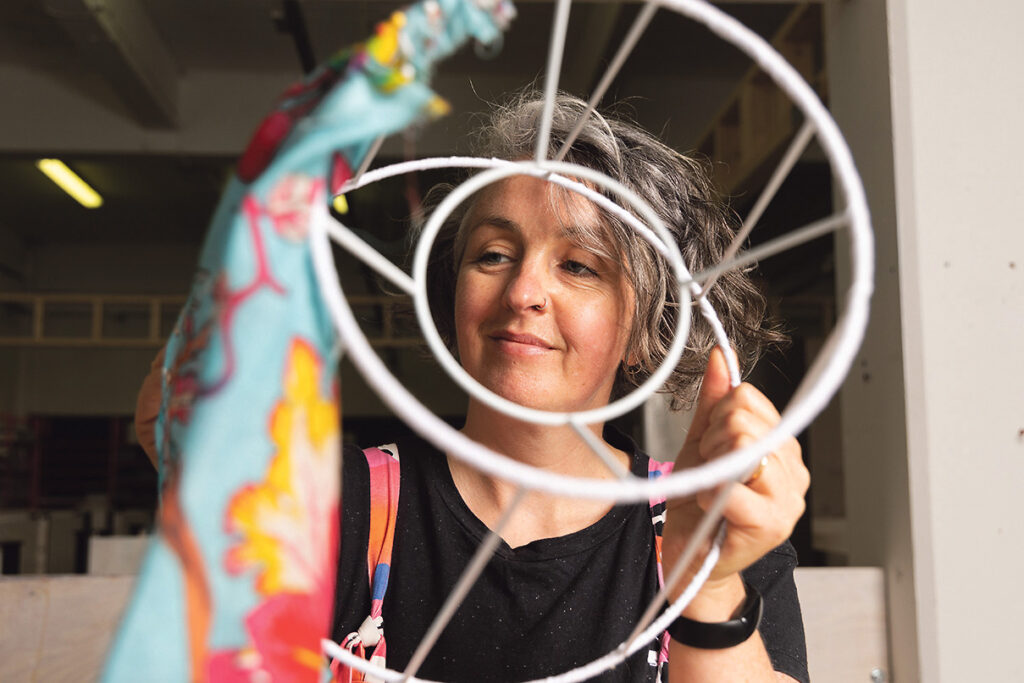