The ‘I’ in the LGBT QI+ abbreviations is one of the least talked about and least understood.

In this month’s article, I will try to give a brief overview of what ‘intersex’ (or ‘variations of sex development’, as they are also often referred by) is, and hopefully further the understanding of this complex topic.

As stated in one of my earlier articles about definitions of the LGBTQI+ terminology, intersex is the only group within the LGBTQI+ spectrum, that is considered a ‘medical condition’ or where there is a physiological and biological causality.

Generally speaking, Intersex is defined as a condition in which not all sex characteristics of a person align to one sex and gender. Some intersex conditions become apparent at birth (for example when a child is born with ambiguous genitalia), other intersex conditions don’t become apparent until puberty when the expected pubertal development either fails to set in or goes a different way than expected.

To understand this better, it is helpful to quickly refresh our general understanding of sex development.

Biologically speaking, our sex is defined on three different levels: Genetically through our chromosomes (XX for female and XY for male), through our gonads and their specific hormone production (ovaries in woman and testis in men) and through our external genitalia. So typically, a man has XY chromosomes, testis with high testosterone production and male external genitalia (penis and scrotum). A woman has XX chromosomes, ovaries with high oestrogen and progesterone production and female genitalia (vagina and clitoris). This development and differentiation takes place during the first few months of pregnancy.

In intersex conditions, there are variations in this development, which can either take place on the chromosomal level, gonadal level, or genital level, which results in not all sex-defining characteristics to be aligned to one sex. What this means is that the term ‘Intersex’ doesn’t refer to one specific condition or identity, but is far a more umbrella term for many different possible conditions.

One of the most common variations of sex development is a condition called ‘Congenital Adrenal Hyperplasia’ or CAH for short. In these cases, a XX embryo is exposed to high levels of testosterone during pregnancy, which can lead to a masculinisation of the external genitals at birth (enlarged clitoris).

Another common form is a condition called ‘Complete Androgen Insensitivity Syndrome’ or CAIS for short. In these cases, a XY embryo develops gonads that produce testosterone, but due to insensitivity of the androgen receptors, the testosterone cannot be absorbed and come to effect in the body. As a result, the internal and external genitalia don’t develop typically male, but are female instead. At birth, these children are identified as female. However at time of puberty, menstruation doesn’t take place and this is often when the CAIS is discovered.

There is also a ‘Partial Androgen Insensitivity Syndrome’ or PAIS for short. In this case, there is also a XY embryo that develops gonads that produce testosterone. But here, only some of the androgen receptors are insensitive, but not all. This means that testosterone can partly be absorbed and come to effect, but not to its full capacity. This leads to an under-development of the internal and external genitalia and children with PAIS are born with ambiguous genitals.

In another condition (5alpha reductase deficiency) children appear female at birth but will develop male at puberty. In these cases, the chromosomes in the embryo are XY and the internal genitalia develop male. Due to a deficiency in a hormone responsible for testosterone production, testosterone isn’t produced in utero, which results in the development of female external genitalia. However, at puberty testosterone production is not impaired, so a male development takes place then.

Another (very rare) intersex condition is called ‘True Hermaphroditism’. In these conditions, the embryo has cells with XX chromosomes, as well as cells with XY chromosomes, which can result in the development of both ovaries and testis (or a fusion of both) and ambiguous genitals.

As you can see, intersex is a very complex topic with lots of different outcomes and manifestations. Many people with intersex conditions identify as typical women or men. Most people with CAH for example identify as women and often don’t even want to be labelled as intersex.

Most individuals with CAIS identify as women and except for being infertile, don’t see themselves any different to a woman with XX chromosomes. Other people however do identify as intersex and claim (and fight hard for the right) to not be defined as male or female, as it does not relate to their lived experience and reality of their bodies.

The biggest challenge and controversy in regard to intersex and variations of sex development is in regard to the medical treatment of these conditions. Until very recently, the medical understanding has been that any child born with ambiguous genitalia should undergo genital ‘reconstructing’ surgery. This means invasive surgery to a very sensitive area of the body at a very young age, often requiring multiple surgeries throughout childhood to accommodate the growing body.

In recent years, this has been questioned more and more, especially from adult people with intersex conditions. Many have experienced the repeated surgeries on their genitals and hospital stays throughout childhood as traumatising. Many also argue that such surgeries should not be performed without the individual’s consent and that parents and doctors shouldn’t have the right to consent on this on their behalf.

Another critical aspect of these surgeries is that, due to surgical limitations, genital reconstructive surgery of an ambiguous genitalia most often means creating a female genitalia (as it is easier to take something away rather than to create), independent of the underlying intersex condition. While for many people with CAH, for example, this feels like the right decision and is in line with their gender identity, many people with Intersex conditions feel that they have been ‘mutilated’ or ‘castrated’ and would have wished to have kept their genitals or at least have given a choice to have a say in their treatment. All which isn’t possible as an infant or young child.

After working with many different people with variations of sex development and intersex conditions, and their families, I am a strong advocate of postponing any surgical interventions until at least adolescence so that the individual can decide themself if or what kind of medical interventions they would like, that might be most in accordance with their gender and sexual identity. Be that male, female, intersex, or anything else for that matter.

What this requires though is emotional and psychological support for the young children and their families to embrace the uniqueness and variation of their child’s sex and gender rather than pathologising and shaming it. And it also requires society at large to be far more tolerant and accepting of different biological and physical realities.

While we have come a long way in raising awareness and tolerance in regard to LGBT matters, we still have a fair bit of work cut out for ourselves when it comes to the ‘I’.

Tue Jul 6 , 2021
Hitting beauty shelves this month, everything from tongue scrapers to the latest serum that stops skin damage before it starts and a discount code! Read on for my roundup of what’s new in skincare, haircare, healthcare and more… Seoulista Glossy Locks: Packed full of hardworking ingredients, the latest addition to […] 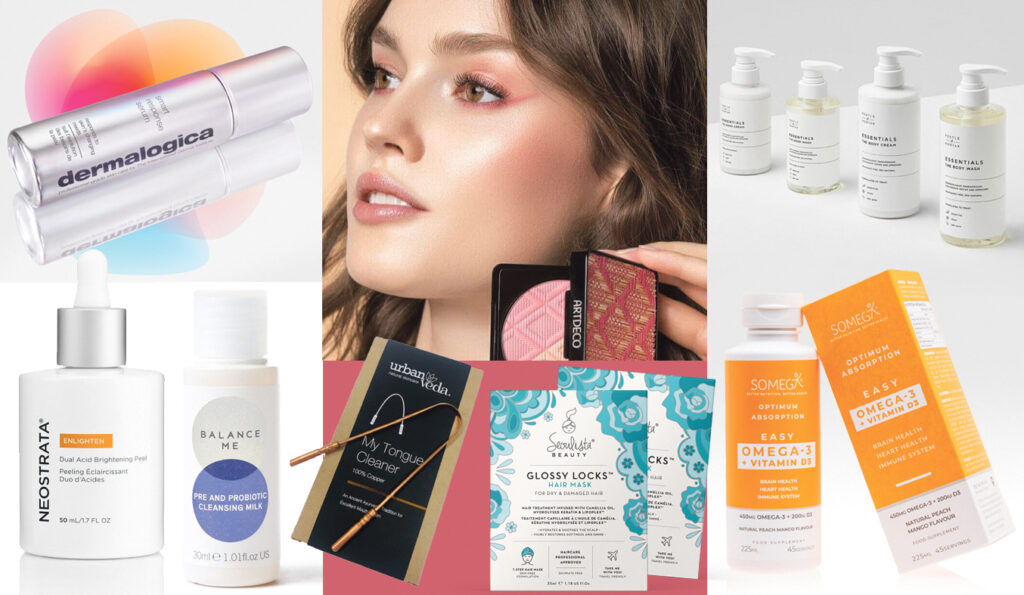