Jacques Brennan is the author of ‘Hungry Soul – How to Cook 100 per cent Vegan’ and is a frequent collaborator with the West Cork arts and health organisation MusicAlive. He is also a guest food artist for World Mental Health Day events at 49 North Street in Skibbereen…and occasional contributor to the West Cork People!

Fast Food is tasty, hot, and sometimes a little oily, with a choice of toppings and plenty of savoury sauce says Jacques Brennan

My first memories of fast food at home came from my father. He loved a late night snack and when he was really hungry this meant home fries! Now in term of fast food, it took a bit more work and time than the chipper, but, it was cheaper, we did not have to go out, it did have that bit of oil, and it was so tasty!

My father would start with a small mountain of washed potatoes, skins on always, and sliced into thin rounds. He would then fill a pan to nearly overflowing and drizzle a nice amount of oil over them. Soon we’d hear sizzling and slowly the house filled with that most wonderful aroma. We would be drawn to the kitchen, like wildlife, standing at the edges, waiting when we would get a chance to have our share. Only after he had filled his plate then we would scramble for the leftovers. Of course there was never enough.

Once teenagers – hungry growing teenagers – we started taking things in our own hands, crumbs from the master’s table would not do! We’d arrive home late, perhaps a friend or two in tow, smell the scent of fried potatoes still in the air and take in all that was left of my father’s work – a big oily pan floating in soapy water.

I would assign one to scrubbing, the other on slicing and I’d be at the helm with the frying pan. It took an experienced hand to turn all those sliced potatoes without them falling out. You wanted them fried nice and brown even crispy. A little patience is required, but the reward is well worth it. Serve up with plenty of ketchup or, as I prefer, mayonnaise and Dijon mustard, and do not forget the salt!  With age and experience, we even added slices of onion… I am hungry just writing this!

Today many of us cook these in the oven, as it’s easier than the frying pan and less oil is required, but I must admit that you cannot beat the pan-fried version … what’s the harm, from time to time!

5 or 6 big potatoes, washed but not peeled (if you really must peel them, go ahead)

A bottle of  vegetable oil

1. After washing the potatoes, slice then as thin as possible, 2 to 3mm.

2. Warm a nice layer of oil in your frying pan on medium heat.

3. Add the potatoes slowly and carefully, as they will sizzle on touching the oil.

4. Cook uncovered or the potatoes will not crisp up.

5. Turn them every few minutes to crisp as many as possible.

6. You may need to drizzle a little more oil overtop if you feel the need as they cook.

7. Keep at it until the potatoes are cooked.

8. Served them with a nice sprinkle of salt.

Get used to admiring glances in an Audi A1 Citycarver

Mon Apr 27 , 2020
‘‘Your mobile phone is still inside the vehicle.’’ That’s a phrase I heard a lot in the past week. I was driving the new Audi A1 Citycarver and any time I attempted to leave the car without picking up my mobile, that’s the message I got. I have got the […] 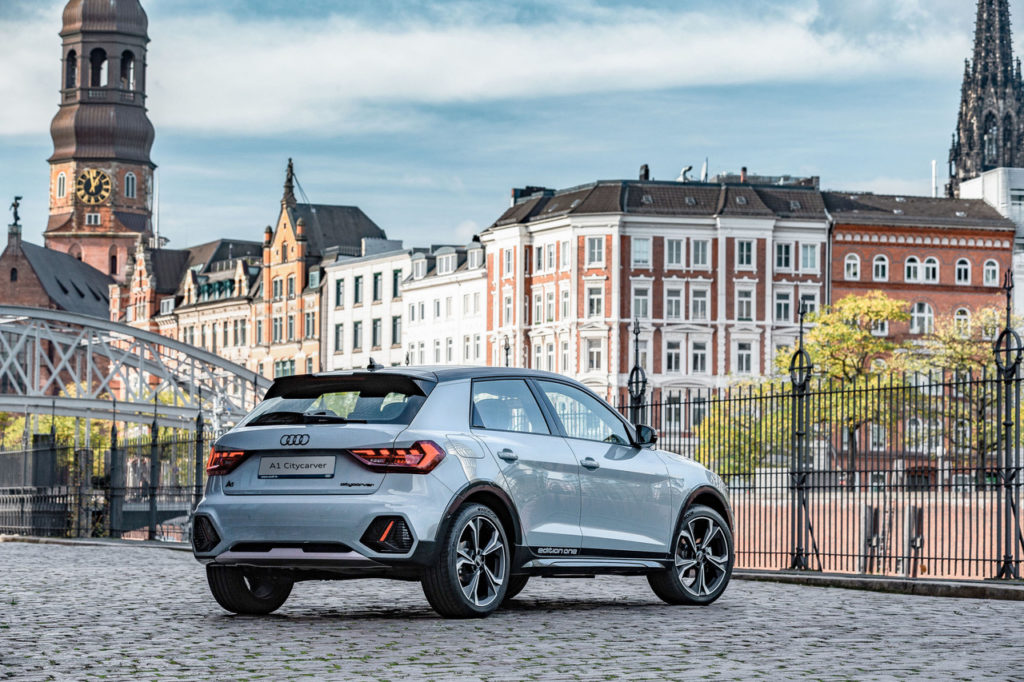