Pronouns are getting interesting, for the previous fifty years of my life they’ve always been there but they never really caught my attention, now they have. Sure, we were taught about them in school, and it’s no one else’s fault that I didn’t pay attention, or that I found them a little bit ‘meh’! But just because they didn’t matter much to me, as I took them for granted, does not mean that they are not vitally important to someone else, when we make assumptions about theirs. I am privileged; I work at the Gay Project in Cork and I get to attend seminars and training sessions about such fascinating topics. As a result I came out in support of people who do not have their identity properly recognised by others, by wearing a badge on my chest that declared mine (He/Him) so that people would know that I care, recognise the dilemma, am not making assumptions, and would like to start the conversation.

I am a Cisgender* male, of same-sex orientation*, easy really, nothing too complicated about that, He/Him, job done, until it hit me, right out of the blue. Why is it so important to me, such a fundamental part of my identity, that I am a man, a male, 100 per cent fully formed, and I can prove it. Look at how I walk, listen to the man-like things I say, I dress like an Irish version of a modern day cowboy for God’s sake! I don’t think I’m in denial and I’m definitely not trying to complicate my life, but I had never before stopped to consider why it is so imperative to my ‘self’-image that I project this and that no one else is in any doubt? Why do I protest so loudly?

I was brought up in an Ireland where Julie Andrews was still singing in the Hills and the word Gay(e) referred to a TV chat show host, still highly regarded, fondly remembered and coincidentally credited with introducing the whole concept of sex to the nation, which given our then extraordinary rates of procreation, is hard to swallow! The media reinforced our role models of gender identity; women were served up Maureen O’Hara, Dana and the like, men had a spectrum from John Wayne to Sean Connery to choose from. Did any of you see Goldfinger on RTE a few weeks ago, in which it seemed alright to slap other people’s bottoms, and the titular character was such a maxi-me of the Trumpmeister that it could hardly be a coincidence? And it wasn’t ‘just’ your manliness, but how you expressed it; you had to always be a little bit cross, permanently on the brink of boiling over. Wayne himself was pretty much hungover all of the time, they used to shoot in the mornings because by the afternoons he was beginning to slur and get nasty, all an acceptable part of the image. Some identity that was!

Anthropologists tell us that coming off the second wave of gender equality (1985), humanity learned about male identity, metro-sexuality et al., and we are now five years into a thirty-year cycle of gender identity. Parents, do yourselves a favour, get with the programme, it’s not going away. The terminology is not so complicated, it just takes getting used to, don’t be afraid to make mistakes, you can’t get done for trying and you will get there eventually.

And younger people; don’t underestimate old fogies like me, we have faced challenges all our lives, met with the unexpected, loved and lost, we all lose at some stage. Others around you may also be struggling with their identity, I don’t think that this gets set in stone during adolescence and remains fixed for the rest of our lives, we all grow and learn and develop as we mature. The most approachable, least judgemental person I know just turned 85 last week, some of the most conservative people that I have ever met are still in their 20s.

So we are asking you to Come In this Christmas. Try not to make automatic assumptions about ‘what’ other people are, and embrace the possibilities by informing yourself and shining a light on an integral part of human nature, of who we are. Let’s make this Christmas special, not just for people who like to listen to music on a loop and squander the planet’s resources on single-use plastics, but for Everyone.

For this Christmas season BROD will be featuring an Advent Glossary Calendar of LGBT+ terms, such as:

*Cisgender; identifies positively with the gender assigned to them at birth.

*Same-sex orientation; romantically attracted to people of the same sex.

A different one for each day, we are inviting you to follow us on Facebook, Twitter or Instagram, to send out the message of love and acceptance, that your home is safe and caring environment for all who live there, no matter what they are.

And before we go we must take this opportunity to thank Clonakilty Credit Union for their gift to us, sponsorship of our ‘BROD’ logo. Thank you and a very Happy Christmas to One and All.

The most wonderful time of the year

Tue Dec 8 , 2020
Did I just blink and the merry season is almost upon us? What happened? I do believe that this year ‘time’ is making a complete fool of all of us. One-minute Christmas seemed so far away and the next it is right in front of us. For the first time […] 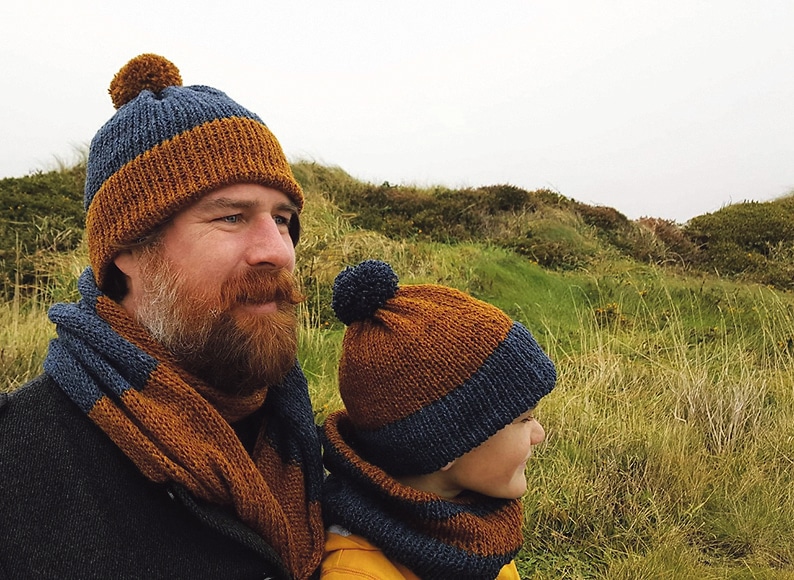