Brexit has impacted the currency markets since the UK’s June 2016 referendum. This, coupled with the tentative emergence of the global economy from the ongoing pandemic, has led to heightened uncertainty for many Irish businesses, many of which are still unprepared for dealing with the fallout from Brexit. Keith Bracken who works as Bank of Ireland’s Regional Treasury Manager for the South West region has been helping businesses to manage this uncertainty. He talks to West Cork People about how businesses can manage currency risk in a volatile market and gives an insight into some of the ways in which Bank of Ireland are supporting companies from every sector and scale.

“We look after both personal and business customers,” says Keith. In terms of a personal customer, exposure to currency risk might involve for example the sale of a house in the UK. All of a sudden the customer in Ireland has exposure to sterling because they are converting the funds from the sale back to euros. They want as strong a sterling as possible to get as much euros as possible after the currency conversion.

“Another example of a personal customer with exposure to currency risk is someone who has been working in the UK, renting property there, and has built up their savings in sterling. They may have decided to come home because of the pandemic or for work reasons and need to convert these savings to euros. I deal with a lot of customers in this type of situation,” says Keith.

Since the Brexit vote in 2016, sterling has weakened, which has worked out well for anyone sourcing product from the UK.

While Keith is positive about the year ahead, there is still the potential for a lot of volatility.

“Up until now we have been preparing customers, personal and business, for the volatility that was bound to happen with any kind of a Brexit deal or indeed in the case of a no deal scenario. Thankfully a Brexit deal did get over the line. While markets were expecting sterling to strengthen if there was a deal; the recent national lockdown in the UK is expected to further weaken the UK economy which is reliant on the services sector. In response to the outlook, the Bank of England may add further stimulus to support the UK economy and interest rate markets have already priced in a cut to 0% this year while the debate around negative rates in the UK is set to continue. If this does happen then the sterling might weaken but it’s very uncertain, as there are so many factors that influence the exchange market.”

Bank of Ireland can help companies to mitigate the impact of exchange rate changes. “We are open to any company calling us and talking about where their exposures lie from a currency point of view,” emphasises Keith.

How does this work?

The first step is managing currency risk and to do this it’s important to understand and quantify the exposure your business is open to. “We would ask the customer what level of risk their company could tolerate and then look at factors such as cashflow and where the company is sourcing and selling product,” explains Keith. If a company has a contract agreed in sterling and is receiving in sterling, we will help that company in hedging sterling cashflow.”

What level of risk can you tolerate?

“Our main aim is to make sure that the company is preserving its profit margin. If the company is getting paid in sterling they should be hedging that cashflow and locking in today’s rate, which allows them to lock in their profit margin in the background, which means the company is exposing itself to less risk in the future.”

“Irish people in general tend to have a glass half full attitude,” says Keith. “For example on the day of the Brexit vote, very few of our customers had looked at the worst case scenario; in fact many companies had deals agreed in sterling with no hedging in place. This meant there was a real rush to lock in cashflow after the vote.”

Bank of Ireland encourages businesses to have a Treasury Policy in place, which means the level of risk inherent in the business is looked at and such things as risk exposure level is decided upon in the policy.

After deciding on the level of risk that the company can tolerate, the next step is to look at Dual Invoicing, which is one of a number of ways that currency risk can be managed.

“The fact the UK has officially left the EU means that all our customers are legally entitled to ask for the price of anything purchased in the UK in both sterling and euro currencies and pay or receive in the cheaper currency,” explains Keith. “By getting two prices you can clearly see the effect of exchange rate differences, a mechanism, which has helped many businesses.”

Bank of Ireland also offers a product called a Forward Contract, which allows the company to lock in the sterling euro exchange rate at today’s price as far forward as for the next 12 months. “It is, in effect, ‘today’s rate, in the future’,” explains Keith.

“If you’re a business that’s getting paid in sterling and also have outgoings in sterling, then we would suggest having a sterling account to cater for the inward and outward flow of the currency.” This means you don’t have to convert from one currency to another and back again before transferring funds. It’s called a natural hedge,” says Keith. “We cater for all of the major currencies in the world (21 in total). You’d be amazed how entrepreneurial Irish companies are; many of them are dealing with far-flung corners of the world.”

FXPay is Bank of Ireland’s fully mobile FX pricing and international payments web application. It provides customers with live FX rates and it’s easy to use. There are no standard payment fees and international payments can be made securely. “You can log on from anywhere and get a live market rate, which updates every 20 seconds,” explains Keith. “It’s a very important tool for a company if they’re pricing their product in another currency.”

Bank of Ireland supports companies from every sector and scale, from small business to multinational. The Markets and Treasury team have a wealth of expertise across areas such as market rates, funding, treasury and economic trends.

According to Keith, Irish businesses are “really good at thinking outside the box; looking at new markets, sourcing cheaper products and so on. If I was to pick one good thing to have come out of Brexit, it’s that Irish companies are now looking beyond the UK market. As a result, they have sourced good markets for their products elsewhere and are exposing themselves to less risk.”

Keith is hopeful that the Irish economy can bounce back quickly after this pandemic.

“There are lots of opportunities out there for businesses and in Bank of Ireland we cater for industries across the board, so what we are seeing behind the scenes is pretty amazing. While we have had quite a lot of concerned calls from customers due to Brexit, there are so many supports within Bank of Ireland that more often than not we have the answer for that concerned customer.”

Keith feels that the fact that a Brexit deal has gotten over the line, albeit a bare bones one, is a huge plus, because the alternative would have meant taking a huge step backwards. “The fact that the vaccine is now being rolled and that by the end of March there could be nine vaccines available is very positive.

“Our economy was doing really well before this pandemic; we were outperforming all our peers in Europe, and my hope is that as soon as this pandemic ends, we will be one of the fastest countries to rebound.

“Possibly a glass half full attitude,” he says laughing “but this pandemic is temporary, Irish businesses have a lot to offer and we are here to offer support in as many ways as we can.”

For more information related to trading abroad including rates and market news, our FX product suite and also up to date information regarding Brexit go to bank of Ireland.com.

Bank of Ireland and its West Cork branches are committed to supporting customers during these challenging times.

Put the kettle on

Tue Feb 9 , 2021
I actually begin my day ‘planning the day’ the night before. Late in the evening before I go to bed, I put the kettle on and get my herbal teapot filled so it can steep overnight and be ready for me the next morning.  You don’t have to do this […] 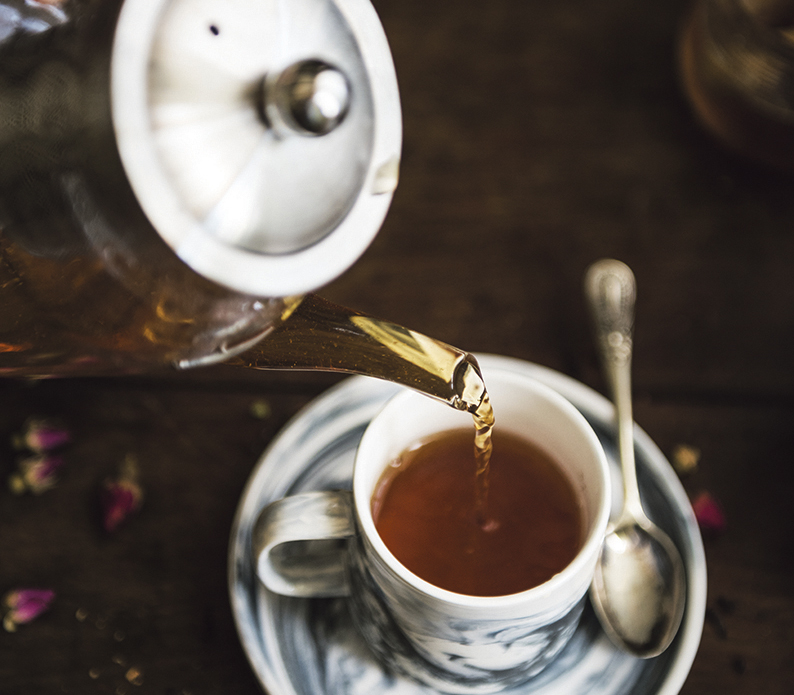