February is a mixed month of several Astrological dynamics pulling in different directions. So when you feel a bit stretched, compromised or concerned that you can’t plot a clear course of action, don’t be surprised.

If you want this to be a productive few weeks then a good approach would be to focus on ‘going with the flow’. If you have wanted to start practicing mindfulness techniques or taking up a meditation course this would be a perfect time. The frustration comes when you try to push things into places that they won’t fit, or expect tight schedules to go like clockwork.

Getting things done and achieving a sense of fulfillment will be less stressful if you allow plenty of room for options and alternative routes, as things unfold at their own pace and according to an unknown plan

We start the month with Mercury entering the sign of Pisces on February 3. It joins Neptune in this sign, which is strongly inclined to an otherworldly focus and a natural chaos as the norm. Pisces wants to merge and blend with an unseen rhythm and is best suited to following the heightened intuition and sensitivity that are typical with this water sign. Neptune is happily in tune with the sign Pisces and will be transiting here until 2025. Our mind, speech and communication, Mercury’s business, can become diffused and dreamy. It can also bring confusion and a tendency to delusions or deceptive thoughts. So this month it may be harder to recognise what’s true and what is pure wishful thinking or a negative imagination. It may also become apparent that the so-called ‘truth’ can be very subjective and not as reliable, as some people would have you believe. So care is needed when adhering to hard facts, as they may be softer and more malleable than you thought.

Mercury going retrograde in Pisces this month is only going to add to the feeling that we aren’t quite in control. Just before Mercury enters Pisces it reaches the degree in Aquarius that it will return to during this coming retrograde period, so technically we are already in the shadow of this phase. The station, or point where the planet appears to start moving backward in on February 17 and it starts forwards again on March 10 but it will take up to March 30 to move into new territory. So be aware that whatever is going on for you during the first few days this month may well come up again for review before early March. This is especially the case where you thought you had something in agreement or you knew where you stood, or that things were fully set and ready to go forward to suit your own ideas or desires.

If you can navigate the retrograde then there is areal chance to make progress. Mars, the planet of physical drive and energy, moves into steadfast and productive Capricorn on the 16th and joins the other planets in a Capricorn line up until the end of March. Again there can be frustrations as Mars in an earth sign gets slowed down, but this is an advantage if you need to take time to plan carefully or get a good longterm strategy worked out. Just be aware that the progress, for the next few weeks, may be in the approach, rather than the execution of your ideas.

Another transit to add to the complexity of February is Venus, the social and inclusive planet moves into independent and assertive Aries, on the 7th.  So there can be less compromise and more confrontation when it comes to our relationships and social connections. This can be positive or negative and depends on how you are situated. There may be a need to address whatever is no longer working well and make changes even if that doesn’t suit both parties initially. This planet placement gives the will to challenge a stuck or unsatisfactory arrangement. This can be an inward and personal experience or it may involve you and an other. Either way, the end result is better harmony and more truthful relationships, but only when the required action has taken place and the new dynamic integrated, and that may not happen until this month has passed.

Kate Arbon is a professional Astrologer based in West Cork.

Tue Feb 11 , 2020
Is there any basic truth behind the common knowledge that the game of chess helps developing children’s discipline, patience, creativity, mathematical capabilities, precision, concentration and aptitude in making accurate and fast decisions?  Many studies on chess would show exactly that. In any event, whether the strategic game of chess is […] 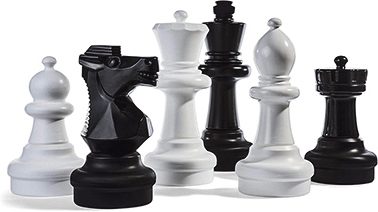