The Save Bantry Bay Kelp Campaign and Save Our Skibbereen (SOS) Campaign groups are celebrating success in the High Court in Dublin this week.

On Monday, Justice Deirdre Murphy ruled that the court had no jurisdiction to Judicially Review the Licence granted to BioAtlantis to mechanically harvest the Kelp in Bantry Bay, as the Government has yet to fulfill all the legal procedures required to issue such a licence

On Tuesday in the High Court in Dublin, An Bord Pleanala consented to the quashing of the decision of the Bord dated November 29, 2018, which had granted planning permission for the construction of a thermoplastic compounds production facility on Baltimore Road, Skibbereen.

The people of Bantry Bay have campaigned long and hard to save the native Kelp Forest, an area that not only houses a huge diversity of species but is a massively important Carbon Sink sequestering carbon from the atmosphere and also forms a natural protection against land erosion by the sea.

The Save Bantry Bay Kelp Campaign are under no illusions that various parties will likely appeal the decision to the Supreme Court, however the High Court’s decision appears to mean that BioAtlantis has never held a valid licence, because the Government has yet to complete all the formalities required to issue one.

In the case of the plastics factory planned for Skibbereen, the ‘Screening for Appropriate Environmental Assessment’ by the Bord was in breach of the requirements laid down by the Court of Justice of the European Union.

This matter of planning will now be returned to the Bord for further consideration, which may result in a request to Daly Products Limited (a wholly owned subsidiary of American parent, RTP Company) for a Natura Impact Statement (NIS).

Save Our Skibbereen (SOS) Campaign group will be informed of any decision to submit an NIS and will keep the people of West Cork informed.

It is not easy for community groups such as those centred around Bantry and Skibbereen to be granted Judicial Review Proceedings. Local community groups find themselves on a steep learning curve in order to protect their local environment, livelihoods and health. They have to embark on research and education in order to spread the awareness of the consequences of poor planning and licensing and they rapidly learn how to communicate this to their neighbourhood effectively. If they gain enough support from the local people to raise the considerable amount of money needed to bring Judicial Review Procedings then you can guarantee they have spent hours and hours of time over many months on a voluntary basis.

Whilst both the above decisions are welcomed by large numbers of people in West Cork, the people must stay vigilant, as neither decision in the high court this week ensures that the environment the groups are working to protect is now safe.

Both of these cases are important cases in terms of Climate Mitigation and Adaptation and in terms of Species BioDiversity.

The richest marine ecosystems on Earth make their home in Kelp beds. An immense ocean food web that supports a huge fishing industry is supported by the fish that find refuge in Kelp. Kelp beds buffer our coastlines from the waves and sequester carbon as effectively as tropical rainforests.

The plastic Nurdles that would be compounded in Skibbereen should the people not eventually prevail would be brought in to the ports in Ireland as raw polymer, made from crude oil. Make no mistake they are a fossil fuel product and require the continuation of drilling for oil at a time when climate scientists are urging us to leave fossil fuels in the ground.

It would seem that government’s role in declaring a climate emergency is to ensure that they act in a way that mitigates against and adapts to that emergency, and yet it is still up to small communities to act as watchdog. It appears it is also up to concerned communities to hold the government and the planning board to account and ensure that they comply with the law as it already stands.

That these small communities have so far been successful in protecting the people and the environment on which people depend is a statement of immense importance to future generations.

Currently Cork County Council is inviting submissions from the public on a Draft Strategy for Climate Adaptation 2019-2024. This document will provide a five-year road map, identifying key climate change risks and ensuring climate change adaptations actions and considerations are brought into all policy making and decisions of local authority.

The declaration of a climate change and environmental biodiversity emergency runs totally at odds with creating more polymer from crude oil and shipping it as nurdles and with mechanically harvesting Kelp.

Let us ALL make sure that the policy decisions in this road map take into account planning and licensing, in a way that protects us and the environment in accordance with laws that already exist and have become even more important because of this climate change and environmental emergency.

The Draft Strategy is available for inspection at Cork County Council Offices in County Hall, Mallow, Clonakilty, Skibbereen, Inniscarra and at all Municipal District Offices and libraries and can be downloaded from www.corkcoco.ie.

You have until 5pm on August 12 to send in your submission and make your observations in writing to Climate Adaptation Strategy, Director of Service, Environment/Climate Action/Broadband &Emergency Services, Cork County Council, Inniscarra. Or submit by email to climatereadycork@corkcoco.ie

I urge everyone to download these documents and read them.

I urge everyone to consider them carefully.

I urge everyone to comment; to make a submission that entreats the council to include in the full plan, when it is adopted, the need to more seriously consider the implications for climate change and biodiversity of the environment during planning and licensing for industry.

Neither of the cases above, in Bantry and in Skibbereen would have needed large fundraising efforts by the community and volunteer groups if the governments own processes for protecting the environment had been fully followed. For the next 10 days we have the opportunity to ensure a more robust set of processes to protect future generations against climate change. Lets ensure we speak up.

HSE’s new model of care for lymphoedema patients still a long way off...

Tue Aug 6 , 2019
In 2017, Caroline Costello from Cork developed secondary lymphoedema as a result of cancer treatment. Six months ago, Caroline paid for a surgery in the UK called lymphaticovenular anastomosis (LVA), an effective treatment for early lymphoedema, which isn’t available in Ireland. A long-term chronic condition that causes massive swelling in the […] 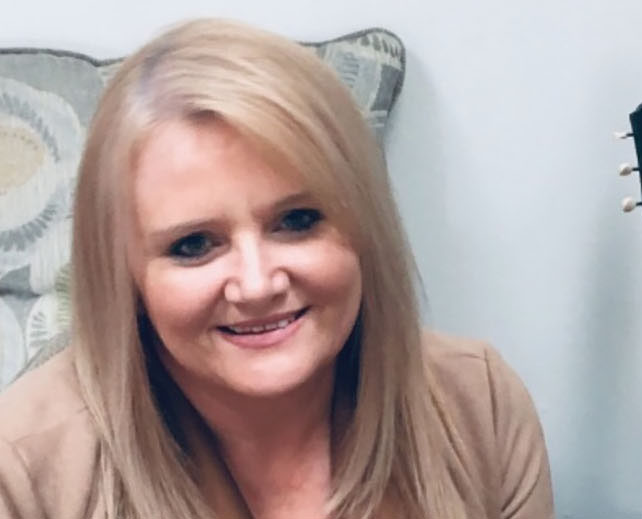