PEccles Hotel in Glengarriff is well on the way to becoming the destination resort that its General Manager David Manning envisioned when he set himself the challenge just over a year ago. New life has been breathed into this beautiful old building – you can almost hear Thackeray, Shaw and Yeats, who once stayed there, whispering their approval through its character-filled walls.

The historic property, owned by hoteliers Ray Byrne and Eoin Doyle, has lost none of its old world charm in its refurbishment. The exterior has been repainted in subtle greys and 37 of the ensuite bedrooms facing beautiful Bantry Bay have been tastefully refurbished with more to come. A Voya spa with outdoor hot tubs is due to open in June and Head Chef Eddie Atwell has settled well in to his post working his magic in the kitchen. There’s a sense of camaraderie as you walk in the door, a feeling that all that was needed here were the right ingredients to make this recipe work, a feat which is reflected in the five star reviews on Tripadvisor.

And the food! The passion that Attwell brings to the table is extraordinary. His excitement for his ingredients is tangible. Even the window boxes being planted for the upcoming season are filled with edibles – baby cabbages, lettuces, edible flowers and herbs. He admits he’d grow food up the side of the building if David Manning left him! ‘There’s something really special about seeing a chef cutting a flower before service and then seeing that flower floating in your drink or mixed in to your salad later on,” he says passionately.

A second polytunnel is currently being erected and a space being cleared at the back of the hotel for seating will also accommodate all kinds of edible plants and trees. “We’ll have about a quarter of an acre out there for growing,” says the chef.  Attwell is an enthusiastic forager, using everything from seaweed to pine needles to flavour his food. “We use the pine needles to flavour everything from salt and syrups to chocolate,” says Atwell.

With its microclimate and exceptional growing conditions, Glengarriff is one big wild garden that this top chef has taken great pleasure in discovering over the past year. “I see food everywhere,” he says laughing. One of the biggest disappointments so far was when the fruit of the monkey puzzle trees surrounding the hotel – an excellent alternative to pine nuts that Attwell was hoping to harvest – turned to dust in last year’s dry summer. “I was like a child crying,” he admits with a grin.

Before joining Eccles, the Armagh chef honed his skills working in top restaurants such as two Michelin starred Lenclume, St. Kyran’s Country House Hotel and Ardtara Country House. He was most recently named Local Food Hero for Cork in the Irish Restaurant Awards.

Eccles, which is making a name for itself as a wedding venue, has provided a different kind of challenge for the chef. “I’m still learning,” he admits. “I can’t just do a wedding from my tunnel, which has taken a bit of getting used to.”

Attwell has built up good relationships with local producers, citing Rosscarbery Recipes as one of his favourites. “It’s nice to have people like that around you,” he says. Just a few of the other local producers on the menu include Gubeen, the Natural Growing Company, Bumblebee Farm and Bantry’s Central Fish Market.

Although not a vegetarian himself, talk vegetables and Attwell gets really excited, so much so that he has created an entire menu for vegetarians, another unique element to this destination hotel. Dishes like the Butter roasted celeriac, pear, crispy kale, sprouting buckwheat, celeriac puree, puffed barley herb cream will have you wanting for more. There are also vegan and gluten-free menus available at Eccles.

Atwell sees his role as a food educator as much as a chef. “People are becoming more interested in learning about food,” explains Attwell, who regularly runs workshops and foraging expeditions across to Garinish Island.

There are also light and tasty bar snacks to nibble on such as Pork crubeens, Smoked beef fritters, Salt cod brandade croquettes, Cheese shortbread or a selection of Homemade breads served with butter and dips. For something more filling try the Ham hock and piccalilli, Cheese and pickle or Smoked brisket sandwiches. There are also open sandwices with garlic prawns or dressed crab. The Mussel Chowder – a mix of potato, mussel and orange and green peppercorn cream – also looks enticing.

“The menus are designed so the team can create amazing food for large numbers but also have time to run regular tasting nights, workshops and also participate in events like the A Taste of West Cork festival,” explains Manning. “I’ve said it right from the start – to bring this project forward we have to work together and work hard, but we also need to have fun on the journey.”

“The atmosphere here is unbelievable,” confirms Atwell. “Everyone wants to be here and we all work together. It’s a great team.”

‘We’re moving in the right direction and there are alot more exciting developments to look forward to at Eccles,” says Manning.

Here’s to the next chapter…

The journey to Glebe

Wed May 8 , 2019
Thirty years ago, in 1989, organic market growers Jean and Peter Perry moved with their four young daughters to The Glebe in Baltimore. As their children grew, so too did the five-acres of coastal garden at The Glebe, with the help of Jean and Peter. Today, the garden, which features […] 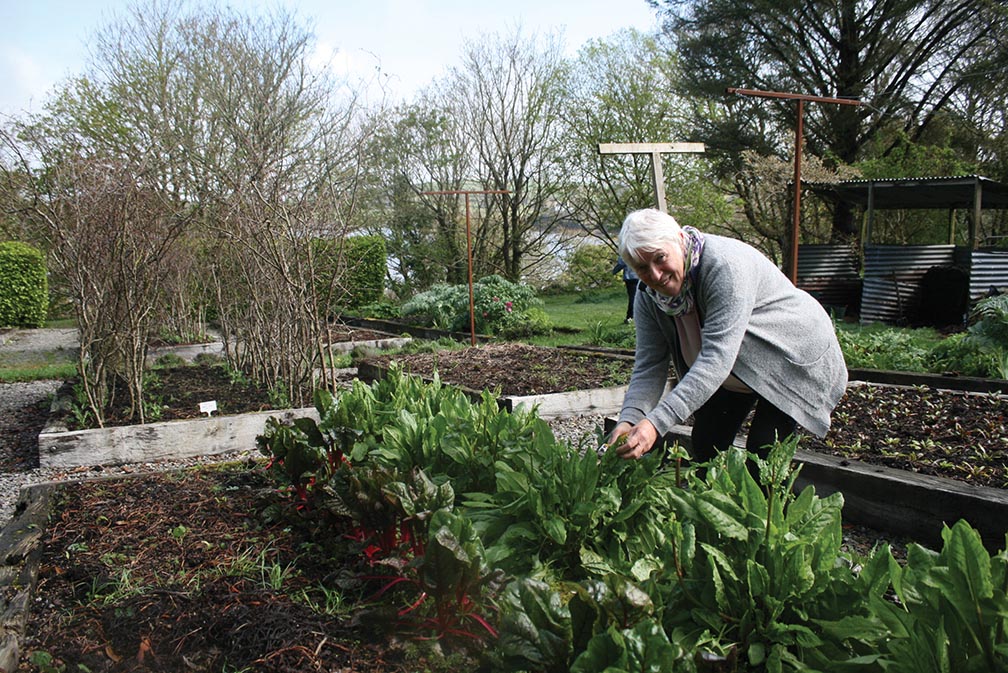