Potential of a ‘bad’ flu season and a shortage of both Emergency Medicine and Intensive Care Hospital Consultants increase risk of reduced quality of care for patients this winter.

IHCA President Dr. Donal O’Hanlon says “the current position of constant crisis in our hospitals could very quickly move to catastrophe if our acute hospitals experience any additional strains on their already overstretched resources this winter”.

According to the IHCA, since the Taoiseach Leo Varadkar first promised to commence talks with consultant representative bodies last October, with a further commitment from Minister for Health Simon Harris to commence talks this September now unfulfilled, an additional 53,135 patients have been added to outpatient waiting lists.

There are now 569,498 patients on outpatient lists, with one million patients waiting to see a hospital consultant overall.

The IHCA has expressed concerns that, with one-in-five of all permanent consultant posts now unfilled (500 posts) and the high number of patients being treated on trolleys now a year-round phenomenon and with tens of thousands of patients waiting ever longer periods to access care, service delivery at our acute hospitals continue to deteriorate.

With winter almost upon us, Emergency Medicine and Intensive Care Departments, both at the front line of the annual winter surge, are severely impacted by the consultant recruitment and retention crisis.

There are currently only 86 permanent consultants working in Emergency Medicine, while 25 posts are either vacant or not permanently filled;

Overall, there are 43 per cent less ED Consultants (86 vs. 123) than recommended in a HSE commissioned report from 2003 (Hanly Report);

Due to the shortage of EM Consultants, patient waiting times far exceed the national target of 75 per cent compliance with the six hours ‘Patient Experience Time’. According to the latest available HSE data, 38 per cent of all patients waited longer than six hours in an ED before being either admitted or discharged and 22 per cent waited longer than 9 hours.

Eleven per cent of older patients aged over 75 are waiting in excess of 24 hours for treatment in Emergency Departments.

There are currently only 35 ICU consultants working in our acute public hospital, 57 per cent less than the 82 posts recommended in a HSE report from 2009;

There is also a huge shortage of ICU beds. We currently have 249 IC beds, 40 less than ten years ago, and 230 less beds than required, again according to a HSE commissioned report.

According to the IHCA President, Dr. Donal O’Hanlon, “The extent of this year’s flu season is to the fore of potential risks which our public hospitals face this winter. With Australia, often used as the barometer for the rest of the world, experiencing a worse than usual flu season, which resulted in a much more severe illness for those who contracted flu.

“With a shortage of emergency medicine and intensive care consultants to the fore, our public hospitals do not have the capacity to withstand any such additional shocks.

“The failure of Minister Harris to honour his commitment to commence talks with consultant representative in September is extremely disappointing.

“The Government’s failure to address the consultant recruitment crisis is a neglect of its’ duty of care to patients to tackle our huge waiting lists, now the longest in Europe, and get our patients treated faster. The Government cannot continue to ignore this crisis but must commence talks this immediately”.

Tue Oct 8 , 2019
The Intergovernmental Panel on Climate Change (IPCC) released their latest major report on September 25. Evidence from scientists all over the world shows how climate change is affecting the ocean and the frozen parts of the earth. Urgent, ambitious and co-ordinated actions are called for to address these unprecedented and […] 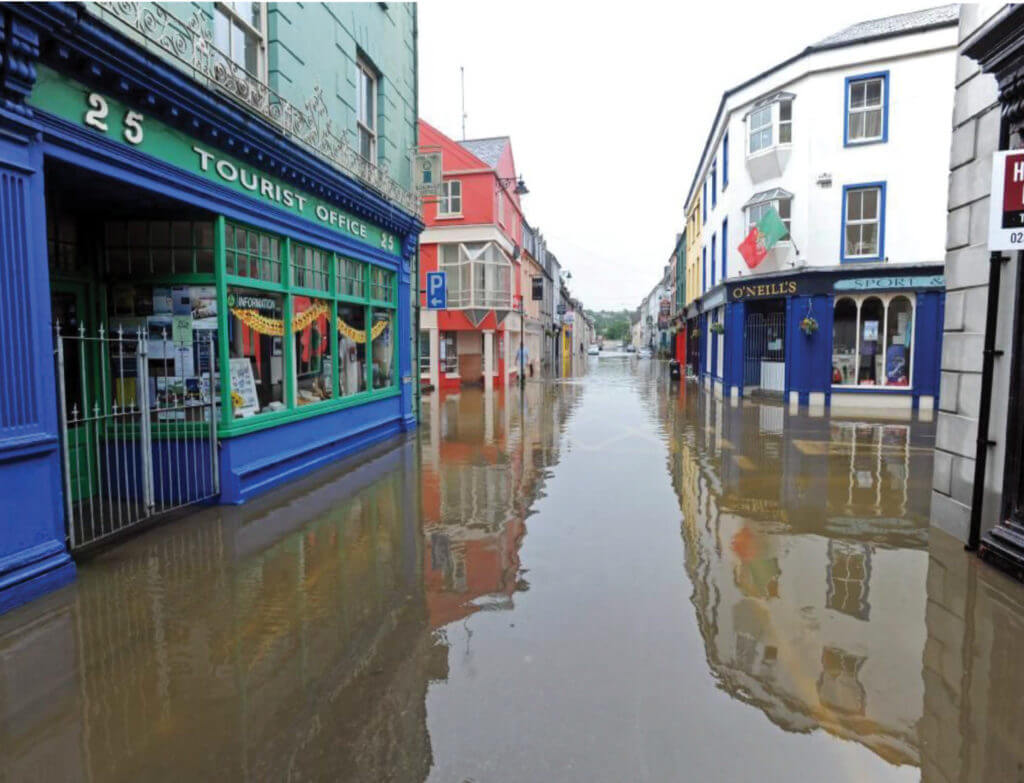