December marked the end of an era for the Baltimore Lifeboat with the retirement of Coxswain Kieran Cotter after 45 years of service.

At age 17, Kieran first became interested in Baltimore Lifeboat and he officially joined the crew on January 1, 1975.  In the early years as a crew member Kieran was involved in the dramatic rescue of the 1979 Fastnet Race. Baltimore Lifeboat was the first lifeboat launched and spent the longest time at sea during the tragedy. At the time it was the biggest rescue operation since World War 2. Kieran and his brother Liam were also involved in the rescue of Charles J. Haughey in 1985.

Kieran held the position of second Coxswain for a number of years before becoming Coxswain following the retirement of Christy Collins in 1989. During his 45 years at the station Kieran has received multiple awards for his roles in many rescues. Most notably, in 1991 Kieran was awarded the Bronze Medal for gallantry and the Maud Smith award for the bravest act of life saving that year following the 26-hour rescue of the fishing vessel the Japonica and her 15 crew, who referred to Baltimore lifeboat and her crew as “The Mad Men in the small boat” and the rescue of the yacht Atlantis Adventure and her five crew.  Coxswain Cotter and his crew also received recognition from the Swiss Embassy in 2008 for the outstanding bravery and commitment shown during the rescue of Swiss nationals in hazardous conditions and from the United States Congress for the rescue of the crew of Rambler during the 2011 Fastnet Yacht Race.

Kieran has seen many changes during his time at the station including the arrival of four different classes of all-weather lifeboats and the reconstruction of the lifeboat station and pen at Bull Point to accommodate the current Tamar Class all-weather lifeboat the Alan Massey and the Atlantic 85 inshore lifeboat the Rita Daphne Smyth. In September 2019 Kieran accepted the 100th Anniversary Vellum on behalf of the crew, management and fundraising team at Baltimore station.

Owen Medland, RNLI’s Lifesaving Lead Ireland, paid testimony to Kieran’s service. “It is true to say that the RNLI is built upon its people and in Kieran the team in Baltimore have had firm foundations. One of the longest serving Coxswains in the country entrusted with the safety of Baltimore’s lifeboats and crews since the late 80s having joined as crew in 1975 Kieran has a remarkable record of lifesaving service and community commitment.  As with every volunteer this service would not have been possible without the support of family and we are equally grateful for this support which has enabled Kieran to serve his community so well. We wish Kieran every health and happiness in his next chapter and he leaves the RNLI in Baltimore in good hands to continue their lifesaving work on the challenging coast of west Cork. Kieran has left a legacy of lives saved from the sea and witnessed the evolution of the RNLI’s service provision in the area over five decades for which he should be justifiably proud – thank you Kieran Cotter.”

Declan Tiernan, Chairperson of Baltimore Lifeboat, paid tribute to Kieran saying: “Natural leadership is a rare gift which Kieran Cotter has in abundance. It is the ability to instill confidence and trust in the people around you, calmly dealing with new and unforeseen circumstances without raising your voice. The ability to assess a situation, come up with a plan that your crew will execute because they have the utmost confidence in their leader.

“Kieran is also a wonderful communicator; in dangerous situations he can put people at ease, at other times journalists will want to go to Kieran for the most accurate report.

Napoleon Bonaparte famously said that he’d rather have lucky generals than good ones.  Well, Kieran Cotter is not only a good leader but also brings luck with him.

“Kieran Cotter gave 45 years of service to the Baltimore Lifeboat and when you think that in 2019 we celebrated the centenary of the first lifeboat arriving in Baltimore it really puts Kieran’s service into perspective.”

Tom Bushe, Baltimore RNLI Lifeboat Operations Manager, added “I first worked with Kieran when I stared as crew in the 1980s. Over the years his dedication and commitment to the Baltimore RNLI has been exceptional and his advice to me in my role has been invaluable. Fortunately, Kieran’s vast array of knowledge and experience will not be lost to Baltimore RNLI as he is going to continue to be involved by becoming a Deputy Launching Authority.  I must also mention Ronnie Carthy, another long serving crew member who also retires this week. Ronnie was also an outstanding crewmember of the lifeboat for almost 30 years.”

Kieran is leaving the Alan Massey and her crew in good hands, with second Coxswain Aidan Bushe now taking over the role as station Coxswain. In these times of social distancing Baltimore Lifeboat Station was sadly unable to give Kieran the send off he deserves, but looks forward to celebrating with him sometime in the future.

Tue Jan 19 , 2021
In Irish folk tradition, St. Brigid’s Day, February 1, is the first day of spring, and thus of the farming year. It is the festival of Ireland’s much-loved Brigid, who is often  called ‘Mary of the Gael’. She built her convent in Kildare (Cill Dara, the Church of the Oak). […] 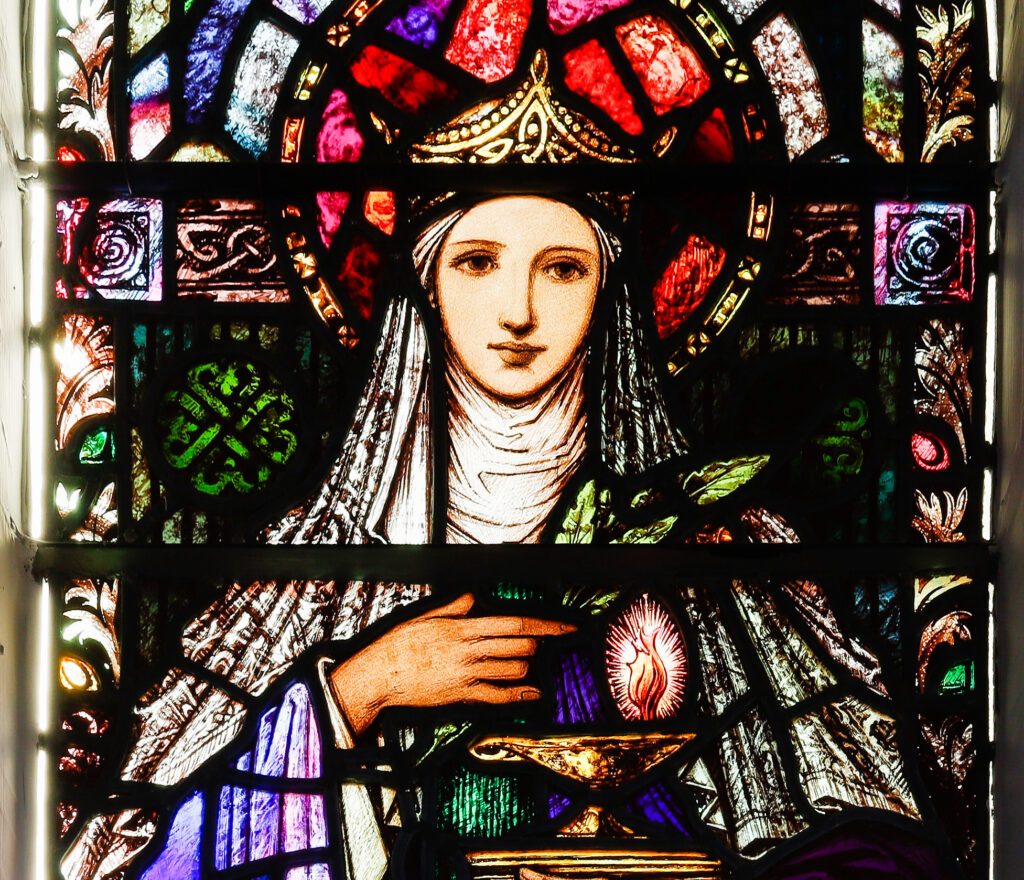