In this series of articles (‘Do we understand our child?’) Diana Radeva, child and adolescent psychotherapist sets out to consider the emotional life of children from birth onwards; and how relationships between children and parents evolve over time. It is a view of human growth, which recognises the importance of strong feelings experienced at each stage of development; thus offering ways that parents might find helpful when wanting to better understand their children’s growth.

Anyone who spends time with three-year-olds can see how quickly their minds, bodies and personalities are developing. Each day they seem to become more articulate, competent, imaginative and challenging. It is the time children establish their identity: ‘This is me!’

The child’s social world expands hugely during this year as children generally become more able to play together at nursery and at home, enjoying imaginary games and roleplay. One of the major tasks of children and their parents is to manage the separation from each other, as children expand their horizons and move into social settings outside the home.

Preparing for and managing the settling-in period at nursery is a huge experience for parent and child, providing a model for future separations. Those children who have had a satisfying one-to-one experience with mother (or father) in their early babyhood would in most cases find it easy to enter group care because they have inside them a secure picture of a caring parent figure with whom they have had an exclusive relationship. Children’s attitude and expectations of the outside world will depend to a large extent on their experience of home life with the adults closest to them.

Play is a child’s work, their way of developing imagination, creativity and emotional life. Over the course of the third year the child’s imaginary life becomes increasingly complex and children can spend long stretches of time wrapped up in make-believe games on their own or with playmates. How delightful to have magical powers, strength and potency. With a wand food can magically appear, there is no need to rely on Mummy to provide it, injuries can be instantly healed and ‘baddies’ can be killed off. Imagine how difficult it must feel for a small child to be constantly aware of all the things they cannot do by themselves, all the skills they have yet to master, all the good things they are still totally dependent on their parents to deliver. A child needs to have some escape into a make-believe world where they can take on the role of being in charge and triumphing over all danger.

Sometimes children develop an imaginary friend to help them manage feelings of exclusion or loneliness. Imaginary figures or stuffed animals can be useful for a child to transfer some of their feelings onto, particularly those feelings they might like to keep a distance from.

Children fluctuate in their ability to grasp reality and permanence, at times believing that anything and everything is possible. This may become more noticeable when a child is faced with a possibly worrying situation, or a change in routine.

If one only takes a look around a nursery at the beginning of the new term to see how many children come dressed as fairies, gauze wings fluttering, wand waving, or wearing policemen’s helmets or carrying an old briefcase of Daddy’s and a toy mobile phone. A phone helps them feel emotional contact with absent parents. These accessories and the way they allow children to imagine themselves as having special powers, can help children get through stressful times, when they might otherwise collapse into tears.

By three, the child’s feelings for mother and father will have undergone many changes and fluctuations, with sometimes father, sometimes mother in favour. At times, the couple together will be lovingly regarded, at other times jealousy could take over. If mother and father are living together, and even when they are not, the child will have an inkling of it at some level – that their parents have a separate and private relationship between them, of which the child is not a part. The child could feel intensely jealous of this relationship and become aware that they are excluded from this area. If parents sit together for a cuddle on the sofa, the child is likely to squeeze in between them.

The child may become angrily frustrated with their own small child’s limitations, longing to have the strength and power of Daddy or Mummy’s rich supplies of food, love and beauty. Most parents have heard their child declare their love to one parent saying ‘When I am older, I am going to marry you/live with you’ excluding the other parent, who might feel rejected. It can be helpful to consider that a small child often gets others to understand how the child is feeling by behaving in ways that stir up these same feelings in ‘them’. So, in this case, the child’s hurt feelings about being the one left out of the parent couple are passed on the ‘left-out’ parent, who gets first-hand experience of what this feels like. The child’s actions seem to be saying: “Let him/her see what it feels like to be excluded’.

It is reassuring for a child to see that parents can understand and bear these intense feelings while remaining tender, comforting figures for the child, as well as firm and boundary setting. Although each parent will bring her or his own style to parenting, it can feel safer for a child if both parents are able to take on both roles.

Life with a three-year old is exhilarating and exhausting, full of delights and dramas. By the end of this year children will be launched into nursery school and socialising with friends. They will be self-sufficient in many ways, but will still need the loving care of their parents and close family as they move on to the next adventure, aged four.

Tue Dec 8 , 2020
Christmas joy has always been expressed in music and song, in poetry and art. Not only have the great masters of art depicted Nativity scenes that capture the atmosphere of the most holy of nights, but simple artists and unknown wood carvers have portrayed in the Christmas Crib the great […] 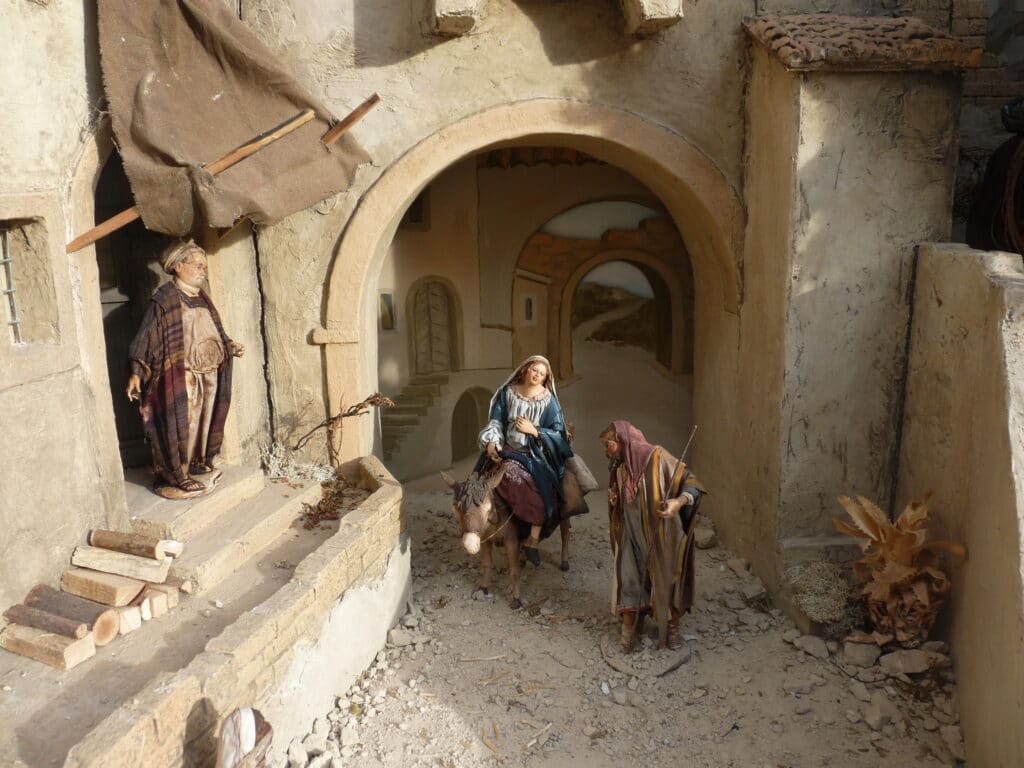