Christmas joy has always been expressed in music and song, in poetry and art. Not only have the great masters of art depicted Nativity scenes that capture the atmosphere of the most holy of nights, but simple artists and unknown wood carvers have portrayed in the Christmas Crib the great mystery of the Incarnation in a way that captivates young and old everywhere.

We must thank St. Francis of Assisi for the lovely custom of the Christmas crib. When Nativity plays became so sacrilegious that they were banned by Pope Innocent 111, in 1207, Francis found another way to show his followers what he felt about the birth of Jesus. ‘I desire’, he wrote to his disciple Giovanni Vellita, ‘to represent the birth of the Christ in Bethlehem in such a way that with our eyes we may see all that he suffered from the lack of necessities for a newborn babe, and how he lay in a manager between the cow and the donkey’.

On Christmas Eve 1224, after his return to Assisi from the Holy Land, he made a crib in a forest grotto in the mountain village of Greccio. Here Francis sang the Gospel and preached about ‘the Little Babe of Bethlehem’.  The simplicity of Francis’ crib became the model of all future ones.

Cribs at Christmas soon became popular throughout the country, and from Italy the custom spread all over Europe. Missionaries later brought it to the rest of the world. And so today the Peruvians have Llamas watching over the manger; the Japanese cribs have a procession of Samurai bearing gifts, and the Eskimos make igloo-cribs from blocks of ice, with the infant lying on a sled pulled by huskies.

For centuries certain places in Europe have specialised in making beautiful cribs – Provence in France, Olot in Spain, and Oberammergau in Germany. In Amalfi in southern Italy, fishermen make a crib beneath the clear waters of the Emerald Grotto, its life-size ceramic figures shimmering on the seabed. In many Basque towns, boys and girls build portable cribs and carry them on stretchers while they beg for alms for charity. In Milan’s Cathedral Square every Christmas, they make an extraordinary mechanical crib, whose figures perform two thousand movements.

The crib reached its greatest artistic expression in the 18th century Naples, thanks to the enthusiasm of its king, Charles 111, who loved to model the figures himself. Splendid examples of the crib-makers’ art can still be seen today in museums in Naples, in Trapani in Sicily, and in Munich, whose Bavarian National Museum has the greatest collection of the most beautiful cribs in the world.

Today the Christmas tree is probably more in evidence than the Christmas Crib, but has less significance. The crib is the true symbol of Christmas. It is the best reminder of the real meaning of the feast of the birth of the baby Jesus.

The Flower of the Holy Night

The Mexicans call the poinsettia the ‘Flower of the Holy Night’, after a legend that tells of a little peasant girl, who, on Christmas Eve, wanted to go to Midnight Mass with a gift for Jesus. She had nothing to give, but the angels appeared to her and told her to pick some weeds and take them into the church.

As she went in, everyone laughed at her. Suddenly the top leaves on every stem burst into a flame of scarlet. The congregation fell to their knees and the little girl proudly marched forward to make her offering at the crib.

There is no more beautiful name for a flowering plant than the ‘Flor de la Nochebuena (Flower of the Holy Night), the flame-coloured jungle plant, the poinsettia.

Today, the poinsettia is one of the most popular Christmas plants and has become the centre of Christmas decorations in homes, halls and churches. Its wealth of crimson flowers gives an exclusive and exotic glow to the trimmings of the festive season.

The poinsettia, as we know it today, was introduced to the world of plants by Joel Robert Poinsett, a keen gardener and botanist, who became the United States’ first ambassador to Mexico in 1825. One Christmas time he was strolling in a market place in Mexico City when he noticed the exotic flaming flowers that the people were buying for Christmas decorations.  Poinsett was fascinated with the strange plants that grew well in the hot lands of Mexico and Central America. They are ‘painted leaves, he told his friends, and on inquiring about their name, he was told they were the ‘Flor de la Nochebuena’.

On returning to the United States, Poinsett propagated the ‘painted leaves’ in his South Carolina greenhouse and sent cuttings to his botanist friends around the world. One grateful botanist named the flower after his friend, and so today, the name Poinsettia is a household word.

The poinsettia, as know it today, is what one would call a ‘tame variety’. The wild plant grows as high as a house, but, with chemical regulations, it has been tailored to a twelve-inch variety. The chief supplier of the poinsettia today is the Swiss American grower, Paul Ecke.  More than thirty five million plants are sent around the world from his five hundred acre strip of ‘Christmas in living colour’ in California.

In Ireland the poinsettia is now very popular since the advent of central heating, which it needs to flourish. It is now accepted as a special Christmas plant, and so thousands are bought for use in homes and churches at this time. This flame-coloured flower of the jungle, as red as the robes of Santa Claus, has rooted itself as part of our Christmas decoration.

Learning to use herbs on a daily basis

Tue Dec 8 , 2020
Incorporating herbs into your diet and routine can be as simple as each day making a pot of herbal tea, adding in a handful of mixed herbs to your soup or cutting fresh herbs from the garden for a salad or stir fry.  The last thing I do each evening […] 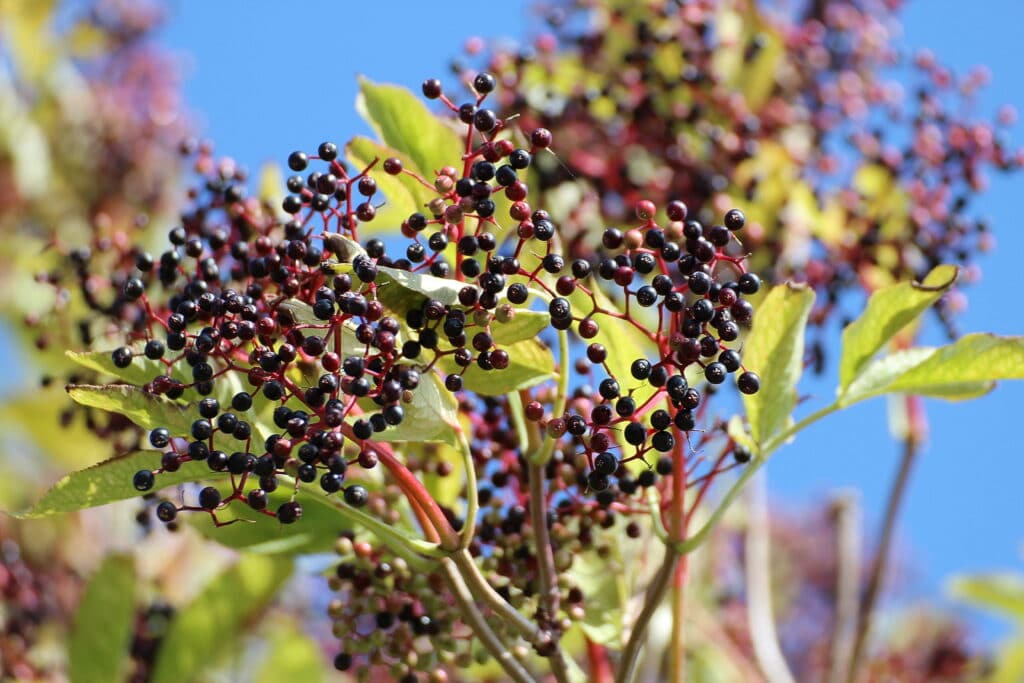