Ireland has a long association with seaweed. In fact it used to be a staple of the Irish diet. However in the mid-19th century, around the time of the Famine, seaweed lost its favoured status on the Irish table and became seen instead as a food associated with poverty. In more recent times this marine bounty has experienced a renaissance due to its immense nutritional and health benefits, with companies like Roaring Water Sea Vegetable based in West Cork pioneering seaweed farming in Ireland.

Today Ireland’s first seaweed farm, Roaring Water Seaweed co-op, produces a range of seaweed products for the kitchen. From vegan sausage burger and pudding made from homegrown wakame to Nori tapenade, Japanese miso and Sea moss syrup with new products being developed all the time. During lockdown, sales of the company’s carrageen boomed in the UK. During this time the company also developed new premises in Ballydehob and were this year awarded a license to farm seaweed in the pristine waters of Dunmanus bay.

Founder of Roaring Water Sea Vegetables, Paul Cobb, first arrived in West Cork with his daughter in 2002 on a converted Cornish fishing boat. On a smallholding in Lisheen, Paul learned about harvesting seaweed, first for the garden and then edible varieties.

After building work dried up when the recession hit in 2008, Paul decided to study Aquaculture at The National Fisheries College of Ireland in Castletownbere, completing work experience with the local Roaring Water Seaweed co-op.

At the time BIM was pioneering growing ‘brown’ seaweeds: Paul realised he had found his niche, as he grew tons of golden wakame in the cold months of the year. While harvesting was relatively easy, marketing a forgotten food however was another story. “We were trying to sell a new taste and texture in a meat and dairy culture,” explains Paul “which was challenging” While customers were willing to taste the product at his market stall, they were slow to purchase, as they weren’t familiar with how to prepare it. As a result, Paul started selling ready-to-eat products – vegetarian sausage, pudding and burgers.

“Sea vegetables are a bit like fish, it’s all in the preparation,” he says. “If a crab is cooked and dressed, it’s very popular, but confronted with the raw thing can be messy. I could afford to make these products, as we were growing so much wakame, so customers got the same proportion of sea veg, as well as all the other high quality ingredients, for the price of the raw seaweed available in the shops. Our first customers were mostly vegetarian, as seaweed filled the gap nutritionally for them offering lots of extra minerals and trace elements.”

Paul was also inspired by chefs like Dr. Prannie Ratigan who, brought up on sea vegetables in Co. Sligo, helped to launch a revival with books like ‘The Irish Seaweed Kitchen’.

Sea vegetables are also a great accompaniment to fish and meat dishes and, in Japan, kombu kelp is the first thing put into stock to make dashi, which is the base for so many dishes like miso soup.

With the help of its Japanese partners, Roaring Water has recently imported the live culture to make miso in Ireland, a product that has been fermented for six months at a controlled temperature and is a probiotic, unpasteurised living food.

“Farming seaweed ticks so many boxes,” shares Paul passionately. “It creates an environment for marine life to prosper, absorbs agricultural run-off, mitigates the environmental footprint of fish farms and requires no chemicals or fresh water.

“The West coast of Ireland is ideally situated for what is already a billion dollar industry in the Far East. Over the dormant winter months more tonnage of brown seaweeds can be produced than the equivalent in land crops per hectare, whether it be as a food supplement for animals or humans.”

Research is currently being carried out on growing red seaweeds like duilleasc and nori.

With the marine ecosystem in crisis, as illustrated by dwindling fish stocks; the kelp forest is the building block to supporting biodiversity.

“While mechanically harvesting wild kelp might be cheaper, growing seaweed is sustainable and has a positive environmental impact,” says Paul.

“I think there’s a huge future for seaweed aquaculture in Ireland with opportunities for marketing and processing like that in agriculture. From health products, food additives and animal supplements to biodegradable alternatives to plastic – we are all probably consuming seaweed in products across the board without realising it.”

Once the Christmas rush is over, Paul and his family are looking forward to trying out some of Prannie Ratigan’s delicious seaweed recipes from her new book ‘The Christmas Seaweed kitchen’.

Try adding some nori in with the dried nuts and fruit to your Christmas cake or pudding this year: Subtle in flavour but rich in micronutrients, nori could be the secret ingredient your pudding was waiting for!

For more information or to purchase some of the products go to www.roaringwaterseavegetable.ie.

Fri Dec 10 , 2021
There is one  indisputable fact in these uncertain times and that is that Christmas is coming . The decorations are going up in town and the Christmas tree has been installed. It’s a fine Christmas tree too, back to it’s pre Covid status and size which is most cheering.  As […] 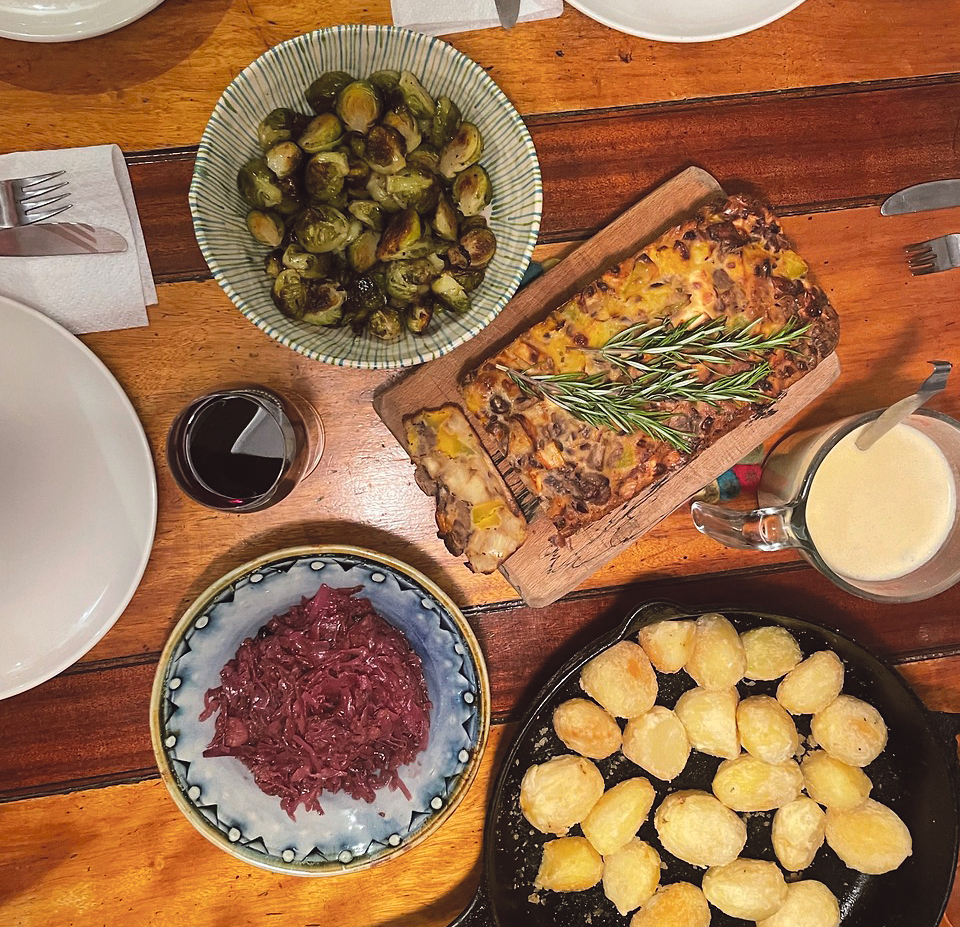