Many of us have given or received a DNA testing kit for a birthday or as a Christmas present, but what are they all about? In this column, I continue to provide a step-by-step guide through the basics of all forms of DNA testing for family history. What do your results mean and how can you use them to research your West Cork (or other) heritage?

One of the common reasons for DNA testing is to research ethnicity. It is a ‘just for fun’ element and some testers are not interested in other details. For those of Irish descent at home or abroad, ‘proving Irishness’ can be the sole objective. However, results are not straightforward and not necessarily what you might expect. In the last article, I mentioned that Y-DNA results indicate different arrival times in Ireland for the Donovan (original Neolithic hunter-gather settlers, who came and went as the Ice Age allowed) and Sullivan families (of Nordic origins). Autosomal or ‘atDNA’ looks much closer to home, probably within the last 400 years or so.

Despite testing companies using the term ‘ethnicity’, which is often a driver for kit sales, most genetic genealogists, both professional and the citizen scientist, use the more appropriate term ‘DNA origins’.

The E-word is full of social and political meaning. Historically and still, this term can easily be weaponised to the detriment of certain groups. It is best not used in the context of DNA testing. In anthropological terms, ethnicity describes specific people who come from a particular geographical area and share a common culture. They may not always be genetically distinct; tribal, or ethnic groups in the strictest sense of the word. This is not something easily applied to general ‘ethnicity’ results or indeed to the Irish people. Trying to understand ethnicity results is one of the most common questions I get.

Having tested and before you read your own ethnicity results, here are a few things to bear in mind:

Results are frequently revised and only reflect the modelling used by that company, i.e. if you share your raw DNA file between other testing companies or test with them, you will get different results. It is not an absolute. The other applicable e-word is ‘estimated’. This area of science is still under development. Ideas and results change.

Results depend on the size of the testing company’s database and where their customer base comes from. Theoretically, the larger the database, the more consistent the result. Ancestry is regarded as potentially more accurate in this regard and seems to be so for Irish testers. If testers come from the same part of the world they will contain little representation of DNA origins from further afield which may be applicable to you.

As mentioned in the last article, due to the randomness of DNA inheritance, DNA from some of your more recent ancestors may not have been passed on to you and will not be reflected in your results.

It is important that these type of results are not taken seriously and certainly you should not get worried or upset if your result is unexpected or unexplained.

With so many people testing, there are enough statistics to show the chances of inheriting ancestral DNA. From third cousins onwards (sharing great great grandparents, or 2xGGPs in shorthand), you may not share any atDNA at all. Except for the direct paternal (Y-DNA) and direct maternal (mtDNA) lines as described in the last article, DNA from some of your 2xGGPs and 3xGGPs and so on will not have reached you. So, those family stories of a Chinese great great grandmother or African great great grandfather may not be reflected in your results. They might be seen in your parents or grandparents (who are closer to your DNA origins) or even a sibling, which is why having the widest possible participant dataset in your family, particularly involving older generations, helps.

For the Irish, there is also the consideration of what genetically defines ‘Irishness’. The Irish have developed a clear cultural identity which is partly defined in the modern era by romantic historical notions Celtic culture, but genetically all Europeans are ‘mongrels’ from intermarriage, invasion, migration, and settlement. As all our DNA shows, modern humanity is undoubtedly of African origins and the ancestors who first settled in Europe had darker skin. So where do you draw the line with definitions on ethnicity? You can find a genetic point in time for any definition you choose. Recent studies have shown many Irish have close genetic connections to Scandinavians or the Basque people. It’s complicated.

For many years my own ‘ethnicity’ contained the appropriate amount of Irish ancestry based on my family tree. A year ago, an update at Ancestry changed my Irish ancestry into ‘Scottish’ with zero Irish ancestry. Currently, FamilyTreeDNA has my Irish ethnicity at 22 per cent. MyHeritage has seven per cent ‘Irish, Scottish and Welsh’. I have found specific pieces of my DNA connected to deep Irish roots, so I know this ought to be reflected in my results.

My wife’s Irish ‘ethnicity’ will be recognised by many in West Cork. Her family tree, supported by local church records, goes back to the early part of the C19th, covering the last 200 years. She is defined by Ancestry as 100 per cent ‘Munster’. More precisely 100 per cent ‘West Cork and Southern Kerry’. Within the area of West Cork, Ancestry defines six specific regions including ‘South Central Cork’, ‘South West Coast of Cork’, and ‘West Beara Peninsula’. How they do so is not clear. These do match her maternal and paternal roots.

My research finds clusters of matches relating to these specific areas. There are no signs of suspected earlier English, Scottish or Welsh West Cork settlers from some of her ancestral family names. MyHeritage has my wife defined as 92 per cent Irish and eight per cent Scandinavian. Could the latter have something to do with her many Sullivan families in Beara?

When you test for your own DNA origins, do not expect a clear answer.

For any questions that can be answered as part of future columns (genealogy@creativegraces.net). Follow the West Cork DNA projects based on my wife’s DNA and that of her genetic cousins, on Facebook ‘My Irish Genealogy and DNA’.

Tue Oct 5 , 2021
It’s finally feeling like the end of summer, time to get the socks out and start thinking about winter-proofing your family. This month we are focusing on immune support for kids, and we have put together five tips on keeping your kids well this winter.  Just like adults, children need […] 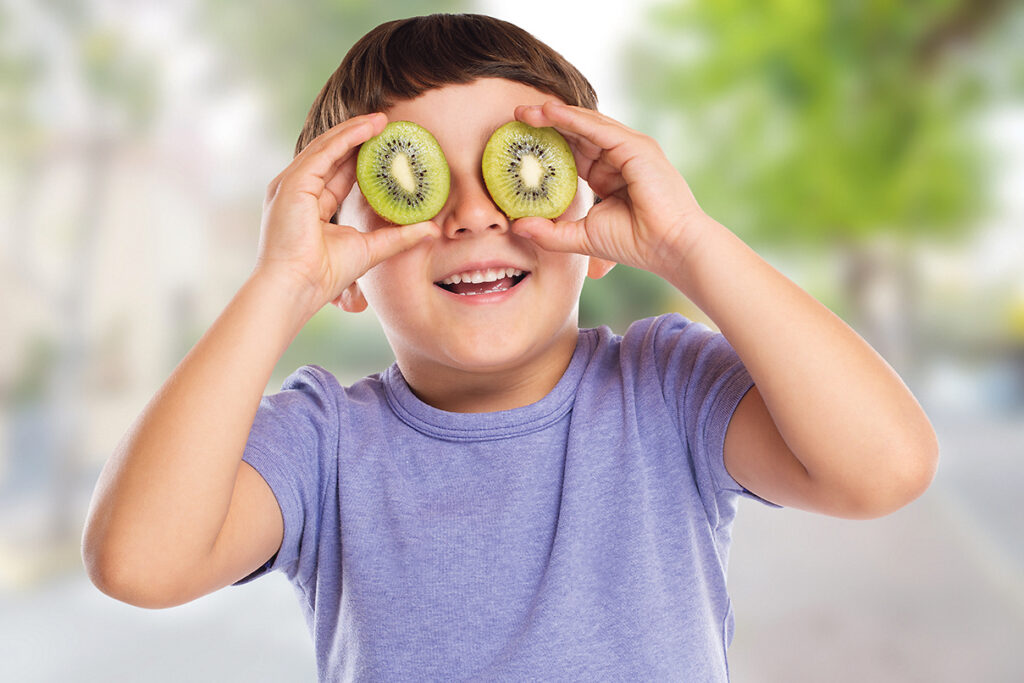