Nine members of West Cork Cycling Club along with their support team recently embarked on the mammoth task of cycling from Malin Head to Mizen Head non-stop over the course of 24 hours, which began on Friday, June 14 and concluded on Saturday, June 15.

Their heroic efforts were rewarded, as they completed the 580km cycle inside their allocated time, which represented an extraordinary feat for the cyclists and their support team. The nine cyclists recorded an average speed of 28.6 kph, as they made light of the often inclement weather conditions, lack of sleep and the sheer harshness of their challenge. They undertook the cycle in aid of the Irish Community Air Ambulance, who will complement the existing emergency services in Munster. The club members trained hard over the course of recent months, clocking up the miles around the terrain of West Cork. John Bohane catches up with West Cork CC secretary Padraig McCarthy who was delighted they completed their arduous task.

The Dunmanway native is still coming to terms with the sheer enormity of their achievement, as he recalls with great pride the feeling he experienced having finishing their gruelling 24-hour cycle. “The biggest emotion was knowing that you had just cycled the full stretch of the country on a bike, without sleep and all in one day! It is one of the milestones in endurance cycling on this island and we managed to pull it off.”

Padraig and his colleagues were understandably exhausted after they returned home to Malin Head. The West Cork Cycling Club members were afforded a great welcome upon their arrival into West Cork, which raised morale amongst the tiring cyclists. Upon their return home to the Mizen Head, they were met by a large number of jubilant friends and family members who were justifiably proud of their heroic achievements. The cyclists immediately all caught up on much-needed sleep before meeting up for well-deserved celebratory drinks the following day.

Padraig was delighted to celebrate with his family and friends at the finish line. “My body was tired and hungry for days. My legs and quads were sore for about four days afterwards. We slept from the second we arrived back in vehicles located in Mizen Head. We rose Sunday morning to unpack three vans, which we needed to get back to the hire company, so we had very little rest. We went out Sunday night to celebrate with the crew and and we had a good laugh which was nice. To see family and friends on route from Dunmanway to Mizen was amazing and it was a huge lift to us. All our families have been a huge support to us all since we started training last year. It was great for them to see it all materialise on the day and to be a part of it.”

The last few kilometres of their gruelling cycle were tough the cycling enthusiast admits, as all the cyclists felt the effects of their 580km cycle. Sheer determination and the constant support of their loved ones however enabled them to finish their challenge. “The finish line couldn’t come fast enough. We knew the road west was long and hard. We also had a wind against us. The 1.5km drag after Barleycove Hotel was like a mountain to climb with 3km left. To cross the finish line and see the big crowd was brilliant. It was the toughest cycle I have participated in from a different perceptive. Mentally, it was huge and trying to stay awake was an extra challenge, which I had never dealt with before. Cycling through the night was new, but we had trained for it. We had a short night, a good moon and the night was very cold. We had the correct gear and this was very important for the night stages. The support crew guided us brilliantly through the night. They did great to keep our spirits up.”

The main aim of the endurance cycle was to raise a considerable amount of money for the Irish Community Air Ambulance. By pure coincidence it was announced on the day the cyclists descended on their cycle that Ireland’s first community air ambulance will be in operation within weeks. Padraig was delighted to raise funds for such a great cause, which will impact greatly on every community throughout the country. “We got a great response. We got word at about 450km that the Go Fund Me Page had taken off. We should come close to raising funds of €12,000, which is great for the Air Ambulance. Minister Harris signing off on the day we took off on the cycle was an added bonus. The response time for this vital service will make such a difference to communities, especially in isolated areas.”

Padraig was thrilled to conclude the journey with eight fellow members of West Cork CC. He is lavish in his praise for the spirit they displayed throughout the unique journey, which will live long in his memory. “All the cyclists did really well. The training showed on the day and everyone rolled along with no risk of close contact. Everyone knew what gear to have on and how to fuel during the trip. Spending six months on the road with the lads showed on the day and that is why the trip was successful. The training was spot on for the challenge and we wouldn’t change a bit looking back. It was hard but worth the effort. For the last three weeks we were in tapering mode, which meant the weekly distance went down from 350km to 200km. We spoke very little on the road, which was strange, it explains the level of focus on the challenge. We relaxed once we entered County Cork and we realised the finishing time of the 24 hours looked good. We relaxed and started to chat more. We got a very cold wetting around 9pm, just hours after starting. We came into the food stop shivering and changed into dry clothes. Thankfully the rain stopped, otherwise we wouldn’t have made it.”

Padraig, who only got into cycling extensively in 2010, admits he felt the effects of their tortuous cycle halfway through. The encouragement from his teammates and his unrelenting spirit however ensured he maintained focus and sped on for West Cork where the wellwishers helped him achieve his goal. “My body ran out of fuel close to the half-way stop, but I was lucky to be only a few kilometres away from the food stop. I kept putting cold water on my face around Limerick to try and stay awake and I recall doing the same near Caheragh. Cycling south was always going to be harder with the wind, while the West Cork roads are harsh. The good West Cork welcome and support made cycling south worthwhile. The reception once we hit Dunmanway, Drimoleague, Durrus and Mizen was overwhelming. We still can’t believe the level of support since.”

The unsung heroes were the support crew who assisted and ensured the West Cork CC members achieved their target of cycling from Malin to Mizen Head within the 24 hours. Padraig is adamant they would not have realised their ambition without the considerable assistance from their support crew. “We had 11 support crew. We had one support vehicle behind us at all times, which carried bike spares. That vehicle also handled the navigation. Navigation was so important because our route was so direct and we followed no major road network. The second vehicle carried our food and clothing equipment, which set up stops every 60km. These lads did an excellent job in getting us in and out within the 15-minute window. The third vehicle floated and helped the other two vehicles when needed. Weeks of planning went into logistics and this was as important as the cycle. Without a great plan or crew, the challenge would not be achievable.”

Fri Jul 5 , 2019
‘Range Anxiety and slow charging points.’ They seem to be the two big worries for people who are thinking about buying an electric car. However, following the success of the Green Party in the local and European elections we can now expect a bigger push for more charging points for […] 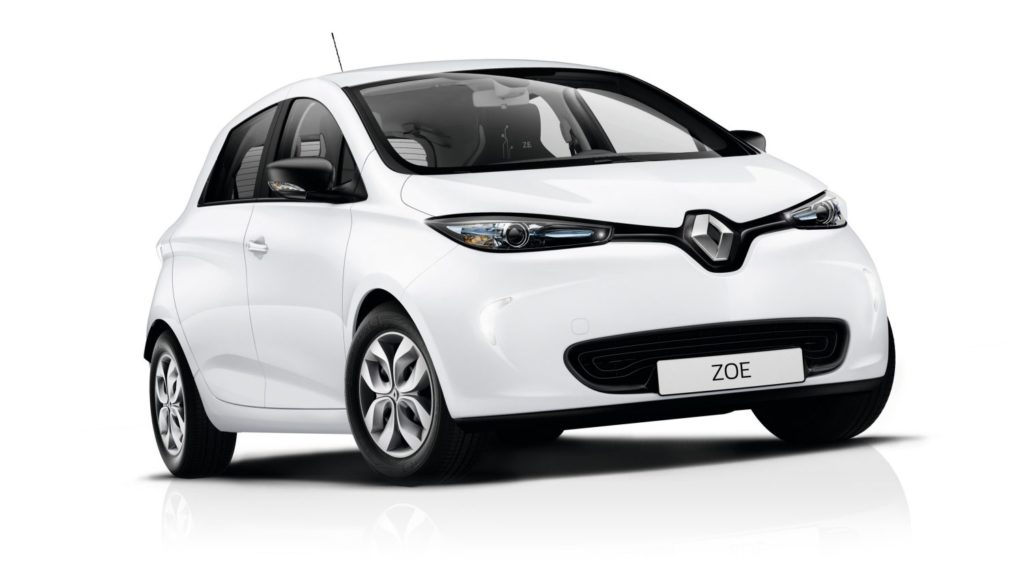