Castletownshend Rowing Club members Eimear Walsh and Ella Ciallis recently departed for Hong Kong, where they will represent Ireland at the World Rowing Coastal Championships. The ace duo enjoyed a great season for their beloved rowing club as they achieved podium finishes at each championship event they competed in during the summer season. Eimear and Ella secured their place in the World Rowing Coastal Championships in Hong Kong by virtue of their performances at the National Championships which were held in Antrim. They will represent their country in the woman’s double scull. Due to their national performances, the talented duo have already secured their semi-final berth which they hope to successfully navigate and secure their place in the World Championship final. John Bohane catches up with the rowing stars who are looking forward to representing Castletownshend Rowing Club on the world stage.

Eimear and Ella received a great send off before departing for their World Rowing Championship odyssey from their proud rowing club colleagues and members of their local community. They departed on Saturday, October 26. Their stay in Hong Kong will last for ten days. The rowers will train hard and attempt to acclimatise to the conditions in Hong Kong for the initial seven days in the build up to the semi-final. Ella revealed that they are eagerly looking forward to competing at the World Rowing Championships. “We are really excited. It is our first time representing our country in offshore rowing. Its our international debut as a double, so we are looking forward to seeing where we rank against some of the top athletes in the offshore world. The event will have competitors from all levels, from national champions right up to Olympic athletes. Also, neither of us have travelled to that part of the world before. We will get a week of training before race day, which will help us to acclimatise to conditions. It will also ensure that we will have enough time to get used to the rented boat and oars. It is quite humid in Hong Kong, so this may be a challenge but thankfully we will have a few spins on the water to get used to this. The event is taking place in Victoria Harbour in Hong Kong. It consists of a number of turns around buoys. Unlike the river rowing, there are no lanes in offshore and collisions are frequent and permitted. It makes for a great spectator sport and makes the racing a lot more tactical. The bow man in each boat navigates and shouts commands for steering. This is quite the task as you must account for wind, tides and currents. It’s a once in a lifetime experience,” revealed the ace athlete.

The Castletownshend rowing club colleagues are delighted to represent their beloved club on the world stage. Both their local rowing club and their respective families have played huge roles in shaping their careers. They are determined to represent their club and their proud family members to the best of their ability declared Eimear. “It is a very proud moment for both our club and families. It is like history repeating itself for Castletownshend Rowing Club, as we have had a great representation at international events previously with a number of podium finishes in both men’s and woman’s events. It is a huge honour to represent Ireland. We take enormous pride in representing our club at all events, whether they are local, national or international.”

The duo embarked on an intensive training regime prior to their departure for the World Rowing Championships. Their daily training programme was punishing and tough, but ultimately necessary as it resulted in both Eimear and Ella departing for Hong Kong in rude health revealed Ella. “We really put in the miles in, in the build up to the championships. Our training programme consisted of a mixture of endurance and speed work sessions both on and off the water. Even in our downtime, we planned scenic cycles around West Cork.”

The World Championship semi-final will consist of a 4km race, while the final will be a 6km race. The Castletownshend Rowing Club members have established a telepathic understanding of each other since they first started competing in the double earlier this year. Eimear, who has been a member of her local rowing club since she was eight-years-old, loves rowing with Ella. “The double is a special boat, as you are so reliant on each other. There has to be 100 per cent trust. You really do get to know one another. It’s a relatively new partnership, as we only sat into the boat together in January, but we both bring a lot of experience to the table. Ella started her career with Skibbereen Rowing club when she was nine. This is ideal as offshore rowing has elements of both coastal and river rowing. It is just as technical as river rowing, but you have the added challenge of the open sea to contend with. We have heard it referred to as the mountain biking of rowing. With some of the rough weather we have experienced, we would have to agree.”

Castletownshend Rowing Club continue to excel on an annual basis. They once again enjoyed a very successful rowing season, as they won a plethora of championship titles. The club boasts a very strong voluntary ethic and their hard working committee strives to ensure their facilities are ideal for their club members. Membership continues to grow, while having two of their club colleagues represent them on the world stage represents a huge fillip for the community-based club. Eimear is thrilled with the continued progress her club continues to make. “Our club has had a fantastic season. For a small club with limited resources, it is fantastic to see athletes from Castletownshend competing in each boat class; singles, doubles and quads. We have had great success at both local and national levels with podium finishes throughout the year. This culminated in three national titles in the men’s quad, woman’s quad and woman’s double scull at the National Championships in Antrim in September. We really are like one big family in the club. It’s not just about the athletes, each member makes a valuable contribution to its success. From maintaining the boathouse, towing the trailer to regattas, to supplying tea and biscuits at club meetings, everyone has their part to play. People’s positive attitude towards the club and each other make it a lot easier to get out of bed on a blustery winter morning.”

The rowing enthusiasts who are both 25-years-old, are delighted they took up rowing when they were younger. Coastal rowing continues to grow on an annual basis throughout West Cork. The ladies are great advocates and ambassadors for the sport. “We both started rowing at quite a young age,” explains Ella. “As kids we were constantly asking our parents when could we take it up. Once we caught the rowing bug we never looked back. Little did we know when we graduated from playschool at the age of five, that twenty years later we would be rowing together in the World Championships in Hong Kong. It’s a fantastic sport to pursue. It teaches you lots of valuable life skills like good discipline and how to be a team player. It is also a great way to de-stress; a spin on the water on a Friday after a busy day at work watching the sunset is a great way to clear your head.”

Both Eimear and Ella are indebted to their local community for their continued support throughout their rowing careers. The encouragement from their friends and neighbours has been brilliant in the run up to the World Rowing Championships. Competing in this prestigious event in Hong Kong necessitated raising a large sum of money. Eimear and Ella received very generous financial donations, which enabled them to pursue their rowing ambitions on the world stage. Eimear was delighted with the great support they received. “Castletownshend and the wider community have always been a huge support to our club. Our fundraisers have always been a great success. Over the last few weeks we have been overwhelmed by people’s generosity in the build up to the world championships. We have had donations coming from as far as America. Any money we we have received is going directly towards flights, accommodation and boat rental in Hong Kong.”

Myross Rowing Club will also be performing at the World Coastal Rowing Championships in Hong Kong. Their neighbouring club will be well represented in the men’s quad and singles event. Their members include, Richie Browne, Kevin McCarthy, Kenneth McCarthy, James Lupton, Richard Hurley, Ciara Deasy and Carmel Connolly. Ella is delighted the Union Hall based club will be strongly represented at the World Rowing Championships. “Myross have also enjoyed great success this season. It is nice to see neighbouring clubs doing so well. It is a great honour to be making the trip to represent Ireland and our respective clubs.”

The ambitious duo are determined to enjoy a productive and successful championship in Hong Kong. Eimear is hopeful they will represent Castletownshend Rowing Club to the best of their ability. “As its our debut on the world stage, we don’t quite know what to expect. We want to go out there and row our best race and get a feel for where we rank amongst other international athletes. Above all, we hope to make our club, parish and supporters proud.”

Tue Dec 10 , 2019
Courtmacsherry and the Seven Heads Peninsula are celebrating success in the Islands and Coastal Communities category of the 17th annual IPB Pride of Place Competition in association with Co-operation Ireland. Mayor of the County of Cork, Cllr Christopher O’Sullivan has congratulated the communities on their win. Boherbue were also awarded […] 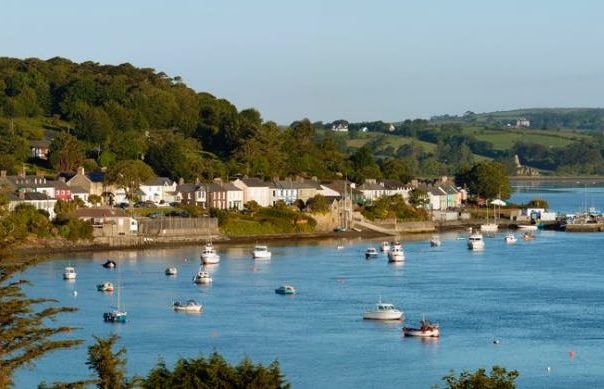