Having covered much of the basics in previous articles, this month I will start by providing brief synopses (in alphabetical order) for my wife’s West Cork ancestral lines and what we have learned from atDNA matching. If you have DNA tested and related to any of these families, or simply have a family connection, do get in touch.

As mentioned in last month’s feature, my wife’s ancestry is genetically proven to her three-times great grandparents, which also reaches the boundary-defining available church records in County Cork. This provides a solid and verifiable dataset for anyone finding a close match potentially within this genealogical timeframe. Her DNA is available for matching on GEDmatch, Ancestry, MyHeritage and FamilyTreeDNA if you have tested there. In last month’s DNA origins update from Ancestry she is defined as ethnically 98 per cent Munster.

The BRIENs of Rathbarry are an ancestral family to two lines of local FITZPATRICK families. Although earlier records are not available we know that my wife’s three-times great grandparents Daniel BRIEN and wife Abigail SULLIVAN were married sometime before 1809, in the village. The 1796 list of flax growers includes Daniel, so presumably he was born in the 1760-70 period.

The connection is based on paper only as no DNA has been directly assignable to this family yet.

There are many people on family tree websites who choose to select local hero General Michael COLLINS as a family connection, despite dozens of local namesakes to choose from. This may also happen as we approach the centenary of his death.

My wife’s connection comes from information passed directly from the Collins family itself, that the General and her grandfather were ‘second cousins’. This is a story that is difficult to prove genetically, despite the reliability of the source (the General’s nephew) and that we should be well within genetic range to prove it using atDNA matching.

It is currently assumed that the connection must be through Kate COLLINS, grandmother of my wife’s grandfather, however she was born before church records. Another difficulty is that although much has been written about the General being a seventh son of a seventh son, and that the family tree is lodged with the National Library of Ireland, no females of the line are mentioned, assuming they did exist. Kate might be one of the General’s un-named aunts if the second cousin relationship is taken at face value. That too may not be entirely accurate.

This a puzzle that will only be resolved using DNA and we are currently looking for bona fide descendants of the family who have DNA tested to provide some marker segments that could be used to build a DNA-proven tree.

My wife’s FITZPATRICK family is connected specifically to neighbouring townlands of Kilruane and Derryduff, situated just west of Lissavard and east of Rosscarbery. Derryduff includes the sub-townland of Ballinavar in the NE corner, which is commonly mentioned directly in records and includes the farm known locally as the ‘Old Fitzpatrick Place’. My wife’s three times great grandfather is an unknown FITZPATRICK farmer at Derryduff, whose was born c1760 in the Rosscarbery area. The wider area is a concentration of the surname in county Cork.

Both Jeremiah FITZPATRICK and his wife Johanna BRIEN (above) are DNA-proven ancestors as DNA matches have been proven from three of their children;

John FITZPATRICK (1833-1902): On his baptism, further evidence of the close relationship between the FITZPATRICKs and BRIENs is evident by sponsors Daniel FITZPATRICK and Margaret BRIEN. John first married Margaret DONOVAN in 1854 Rosscarbery, and then married Mary CALLAGHAN prior to 1871. The family appear to have lived in the townland of Coolcraheen. Son Jeremiah (1883-1970) left for New Zealand. Son Timothy (1893-1957) moved to Montana in 1914. The lines of Jeremiah and sister Anne have provided DNA matches.

Other BRIENs sponsored children of Jeremiah & Johanna. Mary BRIEN for James FITZPATRICK (1835) and Stephen (1836) and Catherine BRIEN for Paul FITZPATRICK (1839) and Daniel. Uniquely within this set of records, Paul’s mother is recorded once as Johanna BRIEN MONGAIN (Mongáin). This agnomen or regional clan name in its diminutive form means ‘hairy’ and can be found also as a family name – Mangan or Mongan. MANNING is an anglicised corruption and is another family associated my wife’s ancestry; which will be discussed in a future article.

Mary FITZPATRICK (1848-1924) is my wife’s great grandmother who married Michael O’DONOVAN of Derrylahan (near Dunmanway) in 1884. Michael was known as ‘The Count’ in his role as Clonakilty’s Town Clerk. They provide the final DNA vector currently assigned to the FITZPATRICK families.

There are few, if any, FITZPATRICKs from this family known to remain in the area today due to emigration and no earlier family stories reported that may clarify some of the wider relationships for the same name in the area around Rosscarbery.

Comments, questions, and issues that can be answered as part of future articles can be emailed to DNAmatchingprojects@gmail.com or follow the West Cork DNA projects on Facebook blog ‘My Irish Genealogy & DNA’.

The soothing balm of self-compassion

Tue Jun 7 , 2022
As I sit and reflect on a compassion-based mindfulness theme for this month, it is a recurring theme that comes to mind, a practice that I believe transforms us, mindful self-compassion.  What do you feel when you read or hear the words self-compassion?  Do you feel anything in your body?  […] 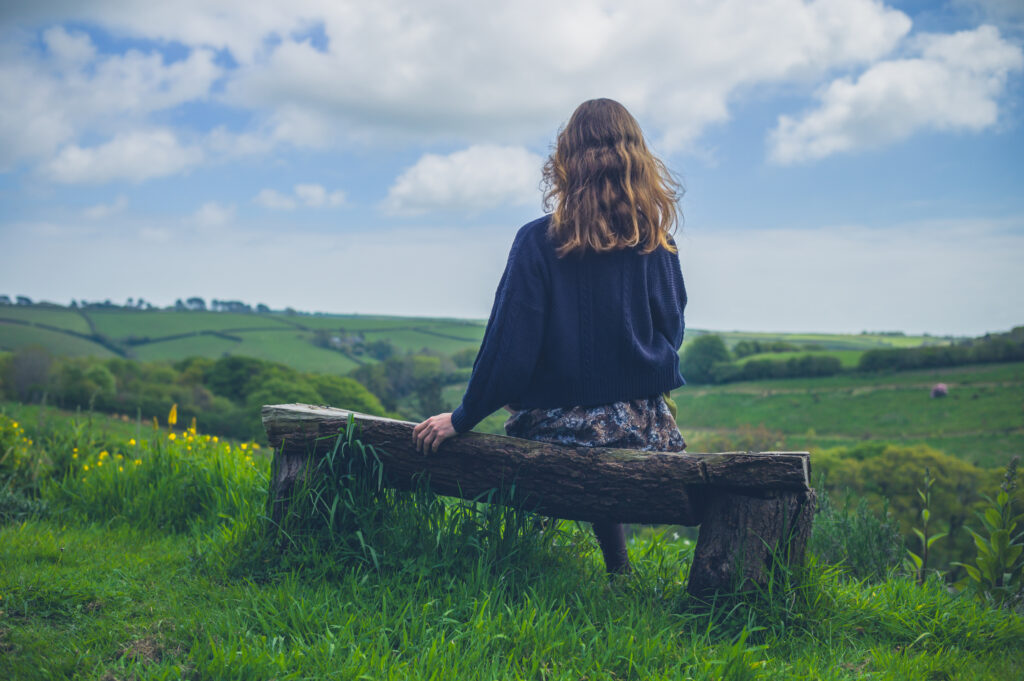