One of the first emails I got during Lockdown last year was from Kia confirming that they were extending their famous seven-year warranty. The ‘Kia Promise’ was designed to support Kia customers whose movements may have been limited because of the pandemic. The ‘Kia Promise’ extended the warranty of all eligible vehicles for a few months until the Lockdown was lifted.

Yes, Kia are naturally very proud of their famous seven-year/150,000Km warranty and now the Korean company has introduced a plug-in hybrid version of their Sorento, coming only a few months after their new diesel version. Up to now the Sportage has been Kia’s best seller, but the Korean manufacturer’s flagship motor has always been the Sorento.

This is the fourth generation of the impressive looking Sorento, which first arrived in Irish garage forecourts in 2002. A lot has changed over the past 20 years and Kia is now rightly regarded as one of the most dependable brands around. My abiding memory of Kia cars in the early days was that the indicator lever which was located on the ‘wrong’ side of the steering wheel.

Those little quirks have long been rectified and Kia has been producing some excellent, petrol, diesel and electric cars. Their e-Soul was voted Continental Irish Car of the Year in November 2019, the last time we had an awards dinner. That win certainly pleased Marketing Manager Aidan Doyle and all the other staff at Kia’s Irish headquarters in Ballymount.

The structure and layout of the new platform means the Sorento is able to accommodate electrified powertrains for the first time. It’s a massive motor and the dimensions are impressive, coming in at 4.8 metres long, 1.9 metres wide and 1.7-metres high.

In recent years there has been much discussion about the benefits of electric and the value of plug-in hybrids. If you happen to suffer from ‘range anxiety’ then a plug-in car is the one for you. You have the best of both worlds; you can drive in pure electric mode for approximately 57 km, maybe 70km in the city.

However, if your daily commute means a long journey there are no range worries with the plug-in as the 1.6-litre T-GDI (Turbo-Gasoline Direct Injection) kicks-in automatically and you have 67 litres of fuel to get you to your destination when you run low on electric power. So much depends on your own circumstances.

The new Sorento is the first Kia vehicle in Europe to feature their Blind-Spot View Monitor (BVM) technology. This ‘second pair of eyes’ for drivers is designed to enhance safety for Sorento occupants, by eliminating a driver’s left and right-side blind spots. The ‘blind spot’ technology works once you indicate left or right and a new screen appears on the dash.

My test model came in an attractive coloured Mineral Blue. The rotary gear shift dial in my automatic version was very easy to use. It’s a massive seven-seater SUV and there is not much luggage space available when all seven seats are in use, but how often is that? You get a spare wheel, which is located underneath the car. My test car was fitted with 235/55 Continental Tyres.

Prices start at €50,000 including SEAI grant. Road tax is €140. No mistaking the car from the front and at the back the name Sorento is spelt out in large letters on the door, just under the number plate. Take a test drive, you will, like me be singing the old Roger Miller hit, ‘King of the Road,’ if you are old enough to remember the song!

Tue Jun 8 , 2021
Last June, in the midst of a pandemic, the wheels were set in motion towards a very different model of education in West Cork. As the school year draws to a close, the West Cork Sudbury School Bantry – where students have an equal part in the democratic running of […] 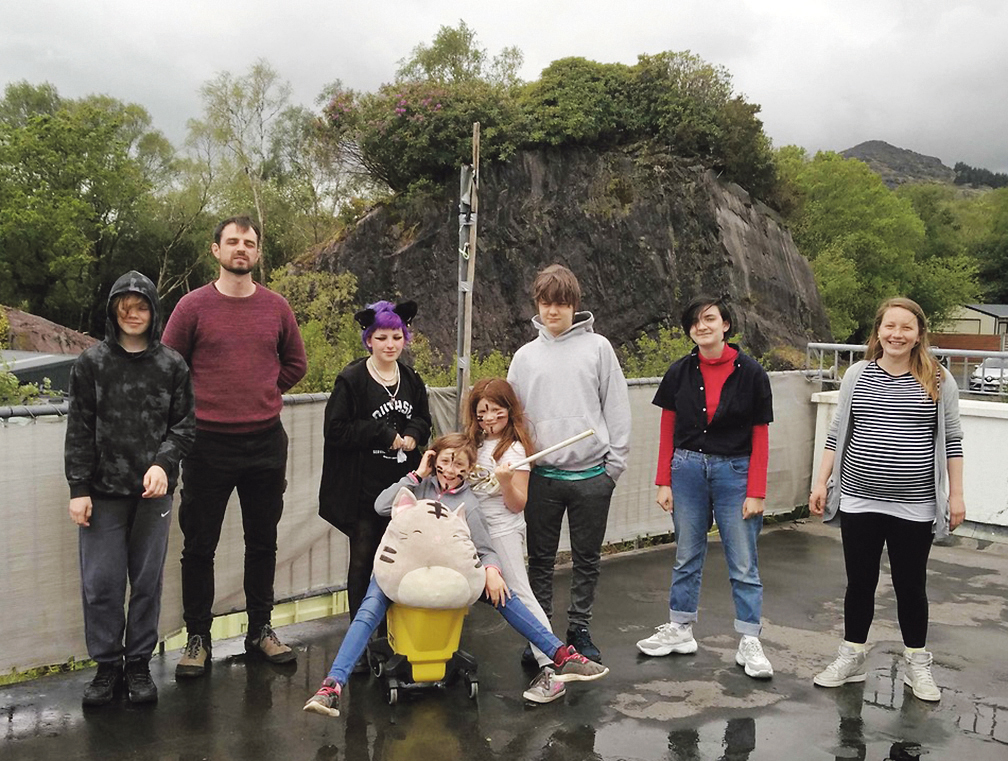