I bet at some time during your life you’ve emulated another person – whether it’s a style of dress, mannerism, tone of voice or enunciation! That’s imitation and is the ‘best form of flattery’ according to the saying. However, when your dog copies your actions, that’s different. He’s not flattering you – it’s just the only behaviour on offer.

When my daughter was only a toddler, I came upon her copying our dog by squatting on all fours and trying to eat out of his bowl. And she started walking with an exaggerated, bow-legged gait because she was imitating a man whose natural manner of walking resembled that of a seafarer. In both cases, she wasn’t so much flattering the dog or the man. Rather she was copying the behaviours on offer!

So, when I’m training with people and their dogs, the first recommendation is that they get themselves in control before they ask their pets to have self-control. After all, if you or I for that matter are totally out of control with anger, waving our arms or jumping up and down in excitement, our dog watches and performs his own out of control actions – Monkey see, Monkey do! As far as he’s concerned that’s the behaviour you want from him.

If we react nervously to things, so does our dog. If we’re impatient, we teach our dogs to be impatient. But, when we learn to take a deep breath and ground ourselves, our dogs pick up on that and tend to copy that calm behaviour instead.

I saw this concept in action long before I began training dogs and it fascinated me. This guy owned two female dogs, litter siblings. He was notorious for his brusque, rude, ignorant behaviour to people. His dogs mirrored his objectionable manner! They would roam off lead terrorising other owners with their dogs, approaching at speed and growling in a confrontational way. Just like him, they never actually did anything but were totally unpleasant. Their reputation preceded them. I was always on guard to protect my own dog, refusing to let them come close to her. If you stood up to him and his dogs, they all backed off and went away!

And then for a whole week I noticed that someone else was walking these two dogs. He was a calm man, who simply got on with the job of walking them in a quiet, unobtrusive manner. During that week, not once did those dogs behave aggressively but minded their own business. That was an eye opener! (It’s also worth noting here that dogs are friendly by nature. Their antagonistic manner was simply the product of their owner as it was the only behaviour on offer and he never checked them.)

I never forgot this incident when I started teaching basic obedience to owners and their dogs because it was a major clue to getting suitable responses. My first female Boxer was a great teacher for me too. I would practice all sorts of things with her and watch the signals she would give me. I wanted to put my interpretations to the test. So, one day I asked Freya to sit and stay while I walked a few feet away. Then I started staring at her and began thinking derogatory thoughts about her. I scowled and leant forward slightly in a confrontational manner totally at odds with my normal behaviour to her.

At first, Freya just looked at me in incomprehension. Then a look of hurt flitted across her face while she kept searching for a softening to my hard stare. With none forthcoming, she then stood up a little straighter, her head came up higher, her ears went back and her eyes went hard. The next thing, she made a lunge for me! And this change in attitude took less than five minutes. I couldn’t believe how speedily her demeanour had altered. I quickly bent down, softened my look with a smile, and held my arms wide in welcome. She was so relieved at the change in me and jumped all over me, licking my face and cuddling in. And I apologised profusely while I returned her cuddles. Just imagine if I’d continued being confrontational towards Freya, I might have turned her into a reactive dog!

One of my stock phrases when teaching is: ‘What you put in is what you get out!’

And the above examples fully illustrate what I mean. As owners, we have a huge responsibility to our canine companions to give them good examples of the behaviour we want from them. The next time you’re interacting with your pet, ask yourself which of your behaviours do you want your dog to copy.

Strong at the core

Wed Aug 11 , 2021
In this Olympic summer it is hard not to be inspired by all the athletes breaking records and making dreams come true. In the words of the under-two-hour marathoner Eluid Kipchoge, it really does feel like “No human is limited”. And it shouldn’t just inspire young athletes with Olympic dreams, […] 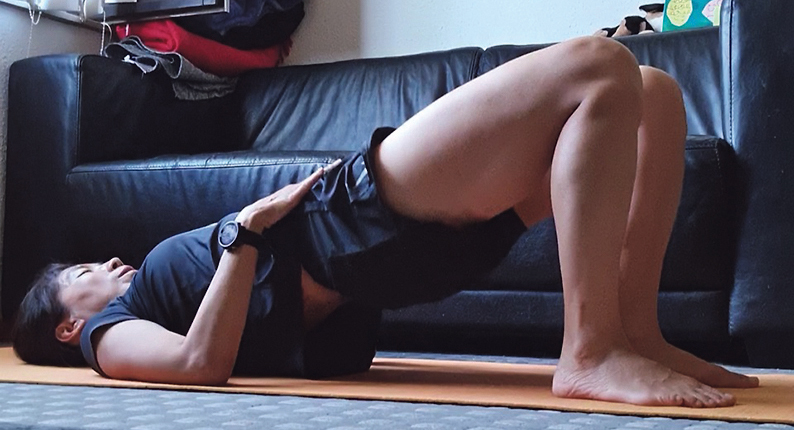