With less developed countries around the world feeling the effects of climate change, conflict and rising food prices – Somalia is suffering from its worst drought in a century – organisations like World Vision are focused not only on providing emergency support to countries but developing sustainable solutions to challenging issues and empowering communities to make change.

World Vision is the world’s largest child-focused humanitarian and development organisation. Clodagh McLoughlin from Dunbeacon works remotely from her home in West Cork as Programme Manager of Development Programmes for World Vision Ireland and has recently returned from trips to Tanzania and Uganda to see some of the organisation’s longterm projects on the ground. Clodagh grew up on a farm and is currently completing her Green Cert so she is very interested in agriculture and innovative growing methods and the positive impact that sustainable agriculture projects can have on people’s health.

Clodagh is in charge of the AIM Health Plus, a programme that is aimed at tackling maternal and infant health challenges and has seen an inspiring improvement in birth outcomes with a drop in the numbers of women and infants dying during childbirth.

AIM Health has been running in Mundemu, Tanzania for the past 10 years. It has now reached a point of viability and sustainability and has been taken over by the local community, who are operating it independently. Funded by Irish Aid, the programme is being implemented in four countries in Africa: Mauritania, Sierra Leone, Tanzania and Uganda.

“One lady we met on the trip to Tanzania shared how much the programme has meant to her,” says Clodagh. “She told us how one of her twins had died after birth and the other was very malnourished. She was able to access support from the health facility to treat her malnourished child, who is doing very well now.”

The project has improved medical care in terms of capacity building to staff, infrastructure and equipment.

“The programme has really made a difference; there has been an increase in use of community health services, a much greater number of women accessing health facilities to deliver their babies, improvements in child nutrition, mothers exclusively breastfeeding and there is also a greater engagement of the male partner in the pregnancy process,” says Clodagh.

AIM Health Plus is delivered largely through Community Health Workers (CHWs). Interventions for covering the first 1,000 days of life are promoted to mothers and their supporters through home visits.

The programme also employs World Vision’s Citizen Voice and Action (CVA) model, an approach to community level advocacy that aims to increase dialogue between ordinary citizens and the people who provide services to the public. This has been successful in securing more health workers at health facilitates, more health facilities and improvements to services/equipment and stocks.

At Mpendo Dispensary, which serves four villages, the doctor-in-charge, Hassan, has been working closely with the CHWs and AIM Health Plus to try to increase the numbers of deliveries in the facility. Hassan went on visits with the CHWs to each sub-village to speak with women to understand their needs and encourage them to access services. Through working together, the dispensary is now seeing over 400 deliveries a year. When he started, the delivery target was 312 deliveries per year but the facility was only reaching 182. They are now ranked as number one in the district.

Clodagh and her colleague visited a number of other health facilities in the region supported by the AIM Health Plus programme.

They also visited the home of Mzee Amon Tulus and his wife Monica, who have been implementing many of the elements of the AIM Health Plus local partner CESuDE’s Kaya Bora (holistic household) approach. They have a five-acre farm with crops like maize, millet, ground nuts, cassava and sunflowers as well as cattle and goats. They also grow banana, mangoes, lemons and papayas.

Prior to training by CESuDE and government agricultural extension workers, they used to think their land was not productive. Now they grow crops and trees. What they do grow, they are doing in a more productive manner than before. Their income is no longer sporadic, and they no longer go into town to buy fruit.

They are even growing types of fruit they thought were only possible to grow in areas like Kilimanjaro. They no longer face any issues of hunger and have begun expanding their house. Neighbours and community members now come to learn from them and some have begun applying similar approaches.

The Nguji CVA working group has made much progress since Clodagh’s last visit in 2018.“When I was here last, their action plan was to build a health facility in their area and they had collected a pile of bricks,” she shares. “This year, the facility was nearly built. It amazing to see that progression.”

Other projects showing the positive outcome of longterm initiatives supported included a bee-keeping project run by an enthusiastic and skilled group who are training individuals in the community to set up their own hives; a community savings scheme, where people living in financially challenged circumstances come together to share their carefully gathered resources and support others in the community to take out loans for personal needs or small enterprises; a group of women running a piggery. One of the women, Judith Mulugu, encapsulates the success of the enterprise, which is committed to building and bringing new members on board. Judith is a widow and mother of five. Through her pig-breeding business she has managed to support her children and make improvements to her home and living circumstances, including the installation of a solar panel, which provides her with light.

The region is hot and dry, and the worsening impacts of climate change over recent years means that projects like those supported by World Vision around conservation growing are vital.

“Our indicators are showing that for many households in Tanzania and other East African countries, food security is becoming more challenging due to the effects of climate change,” says Clodagh.

Agriculture is a vital source of sustenance and money, and with supported learning around innovative growing methods, individual farmers, families and communities have been producing nutritious fresh fruit, vegetables and grains.

Regular donors in Ireland contribute to particular children via World Vision’s child sponsorship programme, with donations and direct correspondence, in what has become a focus-point of World Vision’s work. It provides funding that is carefully invested in supporting the child, their family and the wider community.

While World Vision is providing life-saving emergency relief in places like East Africa, where its teams in Somalia, Ethiopia and Kenya are assisting people on the brink of starvation, the work in places like Tanzania is also hugely important.

“It’s essential that we continue this work, in parallel with the emergency aid we provide. It’s about giving hope and continuing with our focus on helping children, along with their families and communities, to build long-term infrastructure, skills and experience that will see sustainable solutions to the many challenges faced in some of the world’s most difficult places…solutions made possible with support from you, the general public, and other funding sources, including, importantly, Irish Aid.”

Go to www.worldvision.ie to donate or sponsor a child.

Mon Dec 5 , 2022
The holiday decorations and music insist that, ‘it’s the season to be jolly’ but the reality of balancing work, home and finances at Christmas time can be stressful and affect your energy levels and mood. The emphasis is for families to come together, so for those who are bereaved, without […] 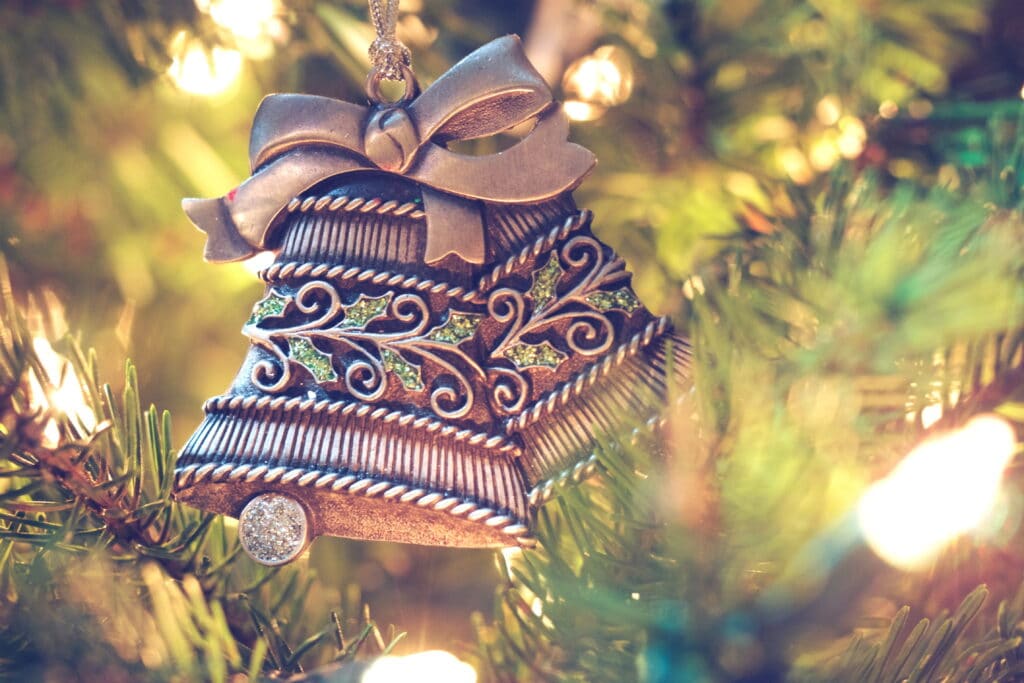