Tom Conlon is a psychotherapist and group facilitator living in Glounthaune, Co. Cork. With a particular interest in the health of men, Tom has worked with men in a number of settings, including a group within the Men’s Shed and with men serving time in the prison system.

A ‘Positive Living for Men Group’ will commence on Monday evenings in Bandon in May, beginning with an Open Evening on Monday 29 April 2019 from 6.30-8pm at An Tobairín Health Food Shop, Station Road. Given a similar group has been operating in East Cork since early last year, I thought it would be helpful for me to tell you what that group has been like for its members.

“One of the best decisions we all ever made was to join this group…it’s turning out to be a great mutual support”.

This is feedback received from a member of the Midleton Positive Living for Men Group. It highlights some of the main aims of the group – to provide a mutual support network; to learn from the wisdom of others; and be compassionate to others who are struggling. But what type of person was involved in the Midleton group?

Nine people started the group at the start of February 2019,. The group involves a weekly meeting of an hour and a half. Seven men went the full distance of the ten week duration of the group. The two men who decided to drop out discovered that the group wasn’t for them and, indeed, groups can be a challenging experience for some. The seven who stayed did not know each other before they started and were drawn from all age groups. Some had a chronic health condition (for example, one has Parkinson’s Disease) and some have experienced substantial challenges with their mental health. What I discovered that all the members were experiencing some form of social exclusion, be it estrangement from their families, being unemployed or not involved in work, or not being involved in the community around them. The group proved to be an effective form of ‘social prescribing’, a way of bringing people together in order to talk about the real-life challenges that they face.

Many people ask me what, if any, connection is there with the Men’s Shed which is a very important support organisation for men. My answer is that the Positive Living for Men Group is primarily a safe and confidential place for people to talk openly about their mental and physical health. It often is difficult to speak about matters like this in other contexts – and my work as a psychotherapist means that I am able to channel anything that gets disclosed in a protected and safe manner.

A typical session involves an initial check-in with each of the members to find out how they are doing and to give them a chance to highlight anything important going on their lives. The group then engages in topics of mutual interest. The Midleton group was particularly interested in nutrition and mindfulness and we brought in some local health practitioners with specific expertise in these areas. We also set up a WhatsApp group where members were able to share resources and insights in the general area of health. I confess to being amazed at the range and depth of the issues that the members were able to deal with. And contrary to what many believe, men are well able to talk about what really matters to them when they feel that they will be heard.

A group like this is a wonderful way to be heard, to have your voice included and to develop a support network of a kind that you may not have experienced before. Please come to the Open Evening and get involved – it will be fantastic to see you there. 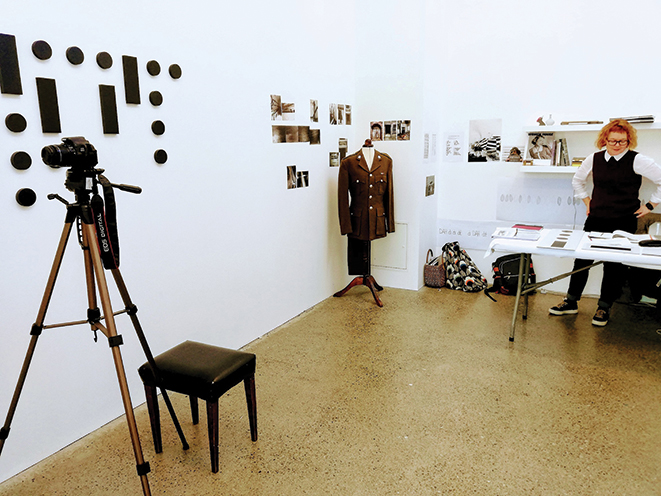