It is a common misconception that gluten issues are primarily gut-related, such as coeliac disease. Research has shown that not all gluten issue’s manifest in the gut, in fact many people suffer with neurological manifestations from ingesting gluten that affects their brain.  Conditions that are caused by gluten that are not coeliac disease are called Non Celiac Gluten sensitivity (NCGS).

Gluten is one of the most immune reactive foods — no other food is more of a trigger for neurological dysfunction and neurological autoimmunity than gluten. This stems in part from the intimate relationship between the gut and the brain. The foods we eat and our gut health have a profound impact on brain health. So does this mean everyone should give up eating gluten? The answer to that is no, because what really matters is if you are having an immune reaction to the gluten you are eating and that will be different from person to person.

Many people do have gastrointestinal complaints caused by eating gluten-containing foods such as breads and pasta. When that is the case it can be easier to feel the link between eating a certain type of food and the subsequent symptoms of eating it. But if you are in the situation where gluten sensitivity is actually causing other problems being able to feel the relationship between eating gluten and subsequent reactions is harder.

So how do you tell if you have an issue with gluten?  There are two options – do some blood tests or do a complete exclusion of gluten from the diet.

Many blood tests that are used for testing for gluten issues fall short. That is because they only test for alpha-gliadin, which is only one of many types of gluten found in wheat. Many people have immune reactions to different parts of the wheat proteome. Additionally screens for ceoliac disease only look for antibodies to Tissue Transglutaminase2 (TTg 2), which is found in the gut but they don’t look for reactions to TTg3 or TTg6, which are found in the skin and brain respectively. There are specialist tests that do look at these run by Cyrex Labs (www.cyrexlabs.com) and these are the tests that we use.

It is also worth noting here that other forms of testing such as saliva or hair samples are not valid and do not give accurate results so should be avoided.

Removing Gluten from
your diet

By using testing you are able to come up with a more definitive diagnosis of gluten issues and differentiate between celiac disease and NCGS but at the end of the day removal of gluten from the diet is essential in both cases. This is not a simple as it sounds, unfortunately there are a number of additional issue’s that mean just removing wheat, barley and rye from the diet is not enough.

Many pre-packaged foods that we eat today have gluten in them either as part of the ingredients, or because these foods are made in factories producing other gluten-containing foods where cross contamination can happen. Even a very tiny amount of gluten can cause problems for a susceptible person.

Another factor are cross-reactive foods – whilst these foods are not gluten-containing foods they have a similar amino acid sequence which can fool your immune system into thinking that they are gluten and cause the same immune system reaction and therefore no change in your symptoms.

If you are looking for help with any of the symptoms above or you think you have an issue with gluten please do get in touch with me through www.marketstclinic.com or give me a call on 087 9582362.

Eoin Roe is a chiropractor and functional medicine specialist working at Market St Clinic in Skibbereen.

Mon Sep 6 , 2021
Are you tired all the time? Do you feel like you’re running on empty? Perhaps you’re pulled in too many directions and are emotionally drained and physically exhausted. Once upon a time, deadlines may have motivated you to get things done but now, as you keep saying yes to others’ […] 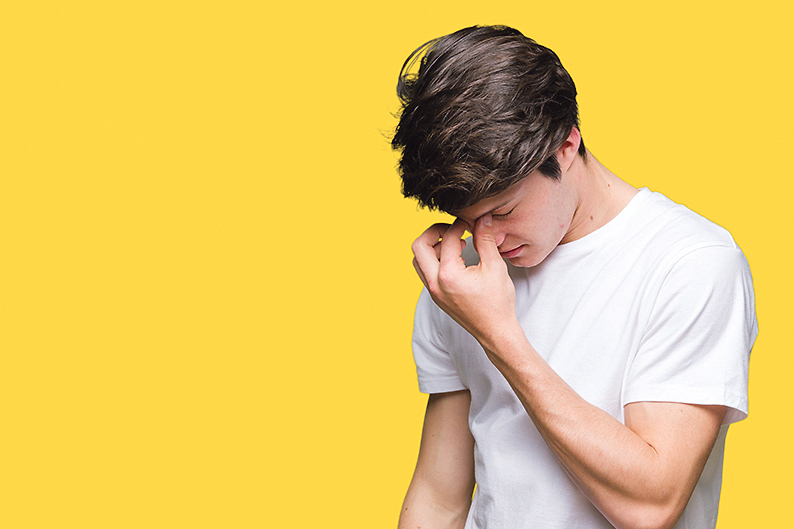