St Valentine, the well-known patron of lovers, often used both beeswax and honey in his cures; and is also recognised as a saint patron of beekeepers. Beekeeper Andrew Shinnick shares more on this saintly connection with bees, which also exists with St Gobnait, the latter of whom has a special connection to Cork.

Beekeeping has always been of great importance to human kind: From mythical tales to varied cultural beliefs. Honey bees have always held a special place in our hearts and indeed, bees are so special, that they are the only insect on the planet to produce a food that we humans can eat. Honeybees give us so much: honey, propolis, wax; and with them, sweetness, health and light. They also tirelessly work to pollinate so many of our food crops. Honeybees alone pollinate 80 per cent of all flowering plants, including more than 130 types of fruits and vegetables. It’s no wonder we revere them so highly and that we have so many patron saints responsible for keeping them – and us, the beekeepers – in good favour.

St Valentine, the well-known patron of lovers – who celebrates his feast day on February 14, has also been long-recognised as a saint patron of beekeepers since 496AD. St Valentine was a Roman priest who suffered martyrdom and was killed during the persecution of Christians by Emperor Claudius II Gothicus in the third century. While he has been removed from the General Roman Calendar in 1969, due to lack of reliable information, he continues to be recognised as a Saint by the Roman Catholic Church. One story about the priest recounts that, while preaching christianity to the Roman nobility, he was jailed by Judge Asterius. While on house arrest, St Valentine was asked to prove his faith by curing the judge’s daughter of blindness. By placing hands over the child’s eyes and praying, the Saint was able to restore her sight. The grateful father released the priest and became a convert to christianity. Unfortunately for St Valentine, he continued his mission of preaching and converting and was eventually arrested again. In trying to convert Claudius himself, the priest angered the Emperor who then sentenced him to death by beating with clubs and beheading, The situation was further complicated by the fact that St Valentine also became known for marrying Roman soldiers in secret – Claudius forbade young men to marry since he believed unmarried men made for better soldiers. After his execution, a letter addressed to the once-blind daughter of Judge Asterius was found in his cell – it was signed ‘Your Valentine…’

As a physician, St Valentine often used both beeswax and honey in his cures and was well connected with honey bees. And, since bees have historically and culturally been associated with love (with honey being long believed to be an aphrodisiac. Yet another reason to buy our multi-award-winning Irish honey!), it is easy to see how he became the patron of beekeepers – who also symbolise the protection of marriage and families. Calling upon his intercession, is also thought to ensure sweetness of the honey harvest and protection for those who protect the Bees. St Valentine is also a Patron of epilepsy, young people, and travellers.

Other patron saints of beekeeping
St Gobnait, this Irish Saint also goes by the name of St Abigail (‘gives joy’) or St Deborah (‘honey bee’) and celebrates her feast day on February 11. She was born around the sixth century in County Clare but ran away from home due to family problems. After she spent some time on Inis Oirr in the Aran Island, an Angel appeared to her urging her to journey inland to a place where nine white deer could be found – there she was to live out the rest of her life. Eventually, St Gobnait found her deer and settled in Ballyvourney, County Cork (which is now known as St Gobnait’s Wood).

There, accompanied by her brother St Abban, she built a convent and spent her life leading a group of religious women, tending to the sick, and keeping bees. She is also credited with saving her people from the plague. According to Irish symbolism, the souls of the dead escape the earthly body as butterflies or bees, so it is no wonder that St Gobnait found such significance in honey bees. As a healer, she also used honey to treat the sick and tend their wounds. Legend also has it that she urged her bees to protect Ballyvourney from a brigand by sending an angry swarm after him. With such powerful form of persuasion, he was forced to return stolen cattle and run for his life. In addition to being a patroness of beekeeping (and fertility), she was originally also a patron of ironworkers.

St Kharlamii: Bishop and healer from Asia Minor who used honey and beeswax in his healing practices. He is especially celebrated in Bulgaria where, on his Feast Day on February 23rd, women bake hive shaped pies to give to their loved ones and honey is blessed in churches.

St Benedict: Born in Umbria in 480AD, he organised a form of monastic life in twelve small monasteries. During that time, monasteries kept bees that provided them with honey and wax (and mead), so St Benedict became associated with beekeeping. On his original feast day on March 21 (now celebrated on July 11), the traditional practice of blessings of the beehives took place. In France, many beekeepers attach his medallion to their hives.

St Bernard of Clairvaux: A Doctor of the Church and a French Abbott born in the late 11th Century. He had quite the reputation as a miracle worker restoring sight to a blind man and curing a child with a mimed arm. Due to his excellent preaching abilities – and the ‘honey sweet’ language he used – he became known as the doctor mellifluus or the ‘honey-sweet doctor’. He is the patron saint of beekeepers, wax makers, and candlemakers. His feast day is on August 20.

St Bartholomew: Celebrated in many parts of Britain as the patron of beekeepers, his feast Day on August 24 is honoured with the blessing of mead.

St Ambrose, or Ambrose Aurelius, born around 340AD, was one of the four original doctors of the Church. Legend has it that, when St Ambrose was an infant, a swarm of bees landed on his face leaving behind a drop of honey. This event signified to his father that the baby would eventually grow up with a gift of a ‘honeyed tongue’. The saint’s feast day falls on December 7. He is the patron of bees, beekeepers, and candlemakers and is often depicted with bees or a beehive – a symbol of wisdom. His name is still referenced today as Beekeepers use the term “ambrosia” for the mixture of pollen and nectar that is fed to bee larvae by worker bees.

St Dominic and St David: Said to have begun the practice of beekeeping in a monastery in Wales.

So as you can see, there has always been and continues to be a strong link between the church and beekeeping. And while some may have their favourite patron saint, it’s nice to know that beekeepers clearly have many options and therefore we should ‘bee’ (pun intended) well-protected in any eventuality. Happy St Valentine’s day – patron saint of both lovers and beekeepers!

Ballyhooly native Andrew Shinnick, with his brother John, is a third generation beekeeper. When they’re not beekeeping, Andrew is a senior Army Officer and John, a full-time dairy farmer. Together the brothers run the award-winning Blackwater Honey.  blackwaterhoney.ie

Mon Feb 7 , 2022
It’s like there is a switch in the middle of January which kicks everything into action again. Those few more minutes of extra daylight give out a message that even our geriatric chickens respond to. Suddenly we have eggs and all the green things in the garden perk up. We […] 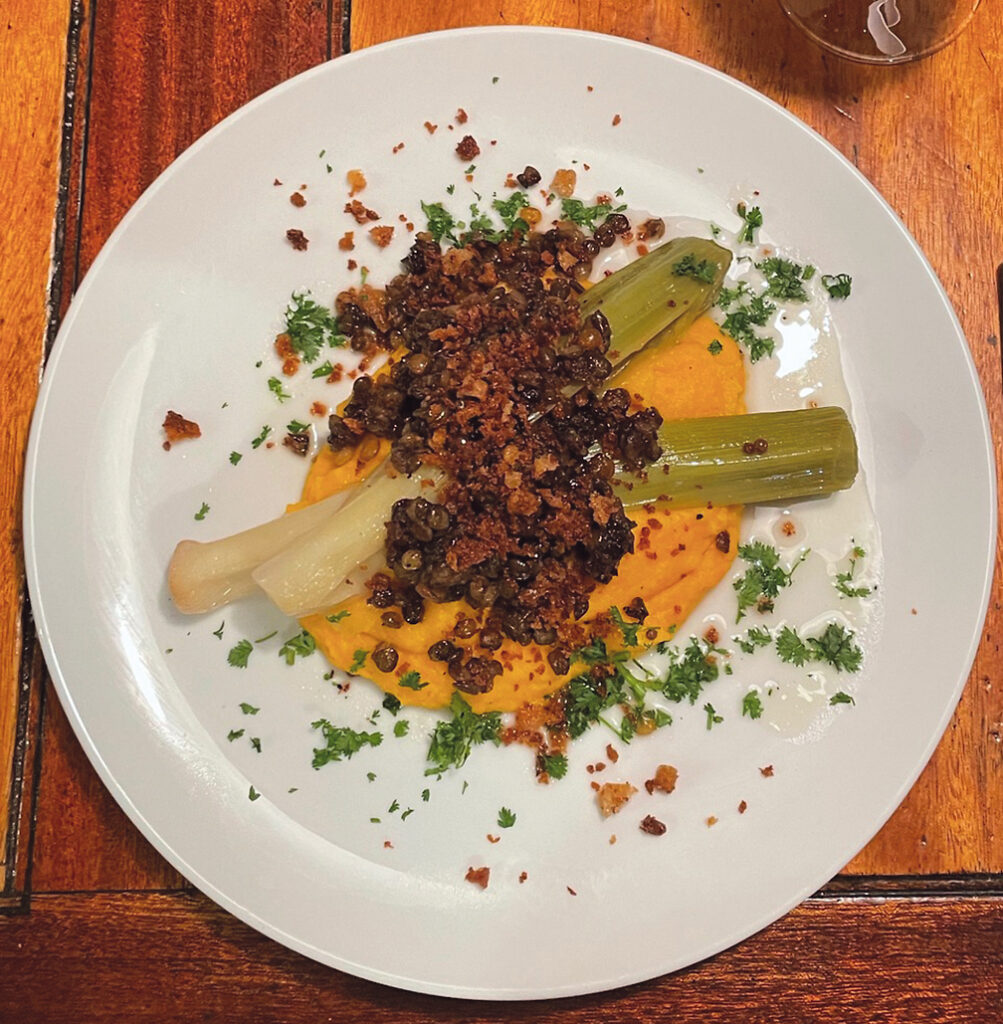