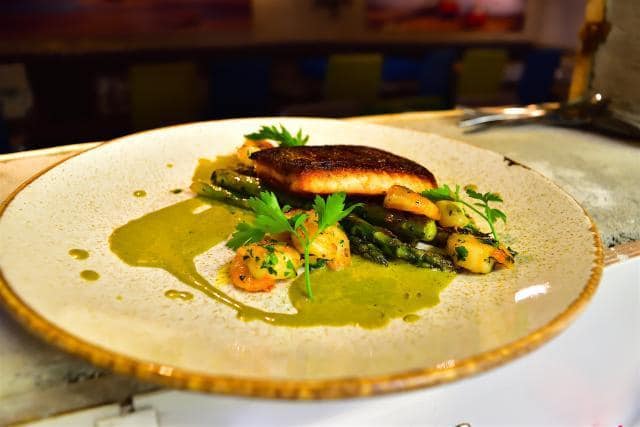 “The welcome we have received has been amazing. I’ve had over 50 locals ringing me to wish me well. That’s special. There’s a real good atmosphere down here.”

He was last in Kerry running a boutique hotel.

“This is as good and as beautiful a place as Kerry is. It has everything. We have the magic of West Cork, the magnificent Atlantic and the local ingredients are second-to-none.”

“There is a great future here for us.”

He has travelled the world. Worked in Australia. Taken on all jobs from bottle washer to front of house.

“I want a place that has great food. We have local produce that is full of incredible flavours. The restaurant has great atmosphere. And that is what we are about – great food, great service, and giving people a great night out.”

They are going to open daily from 11am for cakes and coffee. Lunch is served from noon until 4pm and after a short break, dinner service starts from 5.30pm until 9pm.

“It’s been a hectic few months. We’ve a ten-week-old baby as well. So, it’s all go but we’re ready and excited to be opening on Friday, March 6. It should be a great night. We’re giving 50 per cent off and we hope that people enjoy the night. It’s a soft opening. Might be a few issues but we’ve a great team raring to go!”

Bantry is due another significant boost from Fáilte Ireland, which has identified it as a tourism destination town. New funding will facilitate the delivery of new public realm works to provide improve wayfinding to Wolfe Tone Square and Bantry Tourist Office, along with improved story-telling signage, up- lighting and seating around and leading to the main square. It’s a good time for O’Connor’s to be re-opening.

“Bantry is a great place both to live in and to visit and the Destination Town project will help it to develop to its full potential,” said Mayor Christopher O’Sullivan at the time of the announcement. “It’s set to make Wolfe Tone Square more attractive and should bring about an increase in visitors’ numbers and dwell time.”

And the food? What can customers expect?

“We are going to serve modern Irish seafood with a twist using and sourcing the finest West Cork ingredients. Our team of five chefs all come from seafood backgrounds,” Shane says. “We will be working closely with our local butchers, fish mongers and vegetable suppliers in Bantry. Our motto here is to keep it simple. We want a menu that attracts all ages. Our breads and pastries will all be made on site.”

From December to now. Hard work. Bringing everything together. Using all his experience. Creating a new team.

If you are in Bantry on Friday night on March 6 – check out the new O’Connor’s.

“O’Connor’s was known for great seafood and a great atmosphere. With some new twists, that’s what we are bringing, and we think people will really enjoy dining out with us.” Shanes adds at the end.

But before he goes.

“And tell them all thanks for the support. Bantry people have been great. We are really looking forward to meeting everyone and most importantly, for our chefs to create great working relationships with suppliers in and around Bantry.”

And then he is gone. Things to do. A big opening to get ready for.

Getting the recipe right at Organico

Mon Mar 9 , 2020
A celebration of all that’s good and in season in fresh organic produce, local where possible – the food at Organico Café in Bantry is renowned for being wholesome, healthy, and full of flavour. Sisters Rachel and Hannah Dare have now added something new with the introduction of a more […] 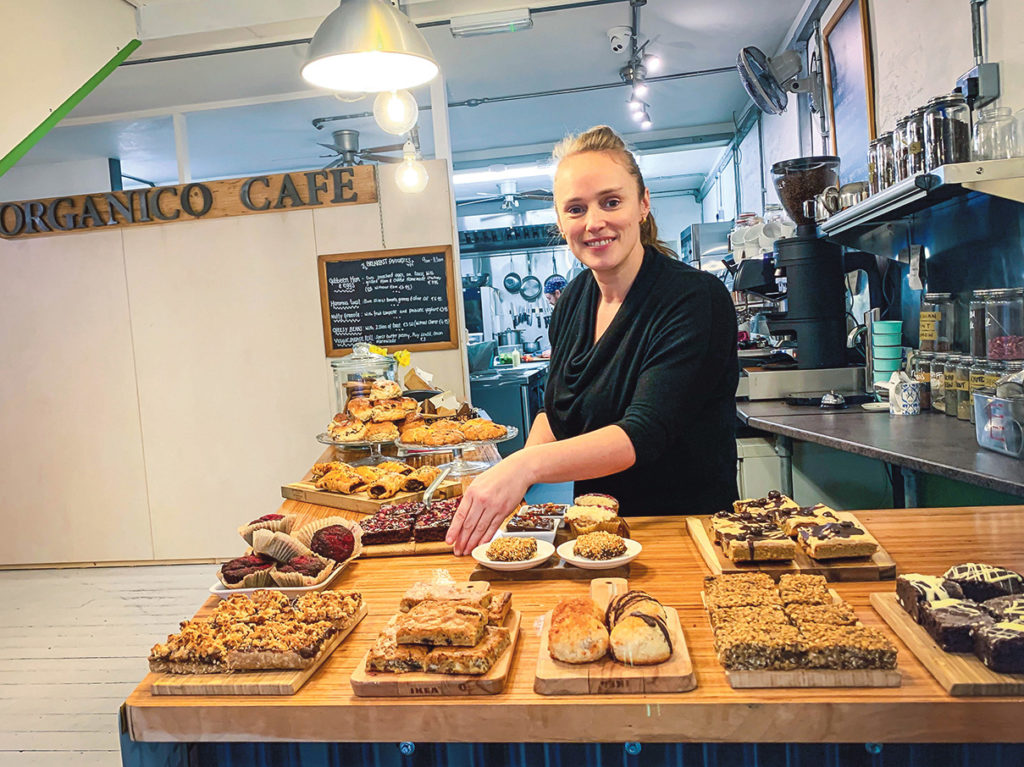