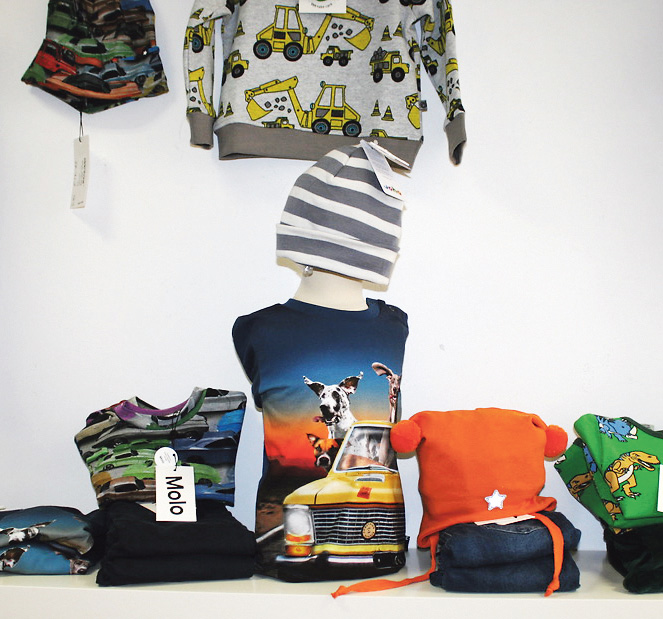 Barbro Fahre’s journey into retail was a serendipitous one. A student of history and philosophy, the Norwegian had set her sights on becoming a teacher. Instead her travels around Europe and further afield drew her into the retail trade, shoes to children’s clothing, and inevitably to setting up her own business – not in Norway but in Clonakilty, West Cork, where she and her teenage daughter Ella now call home.

Ten years on and Grasshopper Clothing in Clonakilty continues to bring the best of Norwegian and Scandinavian fashion to West Cork.

Carrying brands like Molo, Katvig, Joha, Lasticot and Smafolk to name a few, as well as a selection of quality handmade local lines like Little Green Dot, Cake & Elf, Rosie’s Orchard and Cailín – Grasshopper draws customers from all over Ireland and even delivers packages across the Atlantic.

“One thing that’s really great about Norway is that it’s so outdoors…kids are encouraged to go outside from an early age,” says Barbro. “That’s what I am trying to do through my clothes – I want people here to do the same and understand that there is no such thing as bad weather when you’re dressed right.”

One of the big attractions to living in Ireland for Barbro was the entrepreneurial spirit that’s encouraged here. “That doesn’t exist in Norway,” she says. “There everyone follows the mainstream and you feel like you have to keep up with the Joneses. I’ve met so many creative people here who have done interesting things, which in somewhere like Norway would be a lot harder.

“It’s a much more relaxed and friendly way of life here in West Cork, which both I and my daughter love.”

It’s apt that it was in the children’s playground in Clonakilty that the vision for Grasshopper was born. “Ella was three at the time and on each occasion we went to the playground, other mums and dads would comment on her clothes, the fun patterns, the comfort, practicality and the quality,” says Barbro, who dressed her daughter in Scandinavian brands.

At the time Barbro was working for a high-end furniture shop in West Cork, which closed after the recession hit. So Barbro, like so many others during the post-crash years, took the plunge and set up her own business.

“I saw a gap in the market and I was very inspired by POP, a Swedish franchise brand, so I wanted to do something similar – bring colourful, comfortable and fun prints and practical outerwear for kids to Clonakilty,” she explains. “Waterproof, windproof and breathable is possibly the sentence I’ve said most since opening ten years ago,” she says laughing. “It’s very important to me that kids can play outside comfortably.”

“The biggest challenges in my business are the seasonality of it, the different sizes (up to 20) and having to pre-order a year in advance,” says Barbro. “Most of the brands that I carry are produced only after orders are placed, which makes it difficult from a sales point of view but the upside of this is that it’s very environmentally friendly, which is something I’m very proud of – there is no waste.”

Barbro has played with the idea of changing her business model slightly and expanding but the shop is doing so well that she is slow to take that jump into the unknown. “I’m really proud that I’m here after ten years and I really believe in the concept reduce, reuse and recycle, so selling good quality kids wear is very important to me, even if that means I sell less.”

There are of course ups and downs in every business.

In 2012, the town of Clonakilty flooded and so did Grasshopper. “We had to gut the entire shop,” says Barbro. The wooden floor, shelving, 80 per cent of the stock was destroyed. However, although the shop was destroyed, as is in her nature, Barbro persevered. “People I’d never seen before came into the shop and offered to help. That local support and a busy summer helped us get back on our feet again,” she shares.

“You’ll always have days where you feel like chucking it in, when the footfall is really slow, but then you’ll just have someone really nice come into the shop and that’s what keeps me going. I love what I do and the quality of the clothes…it’s fun stuff to sell…but it’s my customers who keep me going. I am so very thankful for all the local support I’ve received in the shop over the past ten years.”

There is huge job satisfaction. “It’s very satisfying to create something on your own. While I don’t make the clothes, I’ve become a personal shopper for so many of my customers. I know their sizes and tastes and I think of them when I’m putting in my orders,” says Barbro.

All of Grasshopper’s clothes, except the raingear, are organic and the raingear brand she carries, Mikk-line, is now working really hard to only use recycled plastic.

So many of Barbro’s customers are returning visitors. “Part of their holiday experience is to come here and that’s so lovely,” she says. “A lot of them come from cities and they really appreciate the small interesting shops we have here in Clonakilty.”

There is of course a part of Barbro that misses Norway, her friends and her family, but she says she wouldn’t be anywhere else. There are only five million Norwegians in the world and at least four live here in Clonakilty so she does at least still get to speak her native tongue now and again!

When she does get time off from the shop, she’s most often to be seen outdoors in the thick of nature, which she loves, but she also admits to having an indoor passion for collecting vintage Scandinavian clothing, most of which doesn’t fit her! “I have a whole roomful, I just love it, the quality of it and the history of fashion,” she says.

“I believe that clothes should be made to last.”

And the rest is history!

Mon Mar 9 , 2020
Thanks to its unique economy and environment, West Cork is home to many multi-skilled, entrepreneurs who have integrated more than one profession to create a career unique to themselves. Samira Branch epitomises this in her business; Samira Branch – Acupuncture and Yoga. She shares her experience. Breaking away from the […] 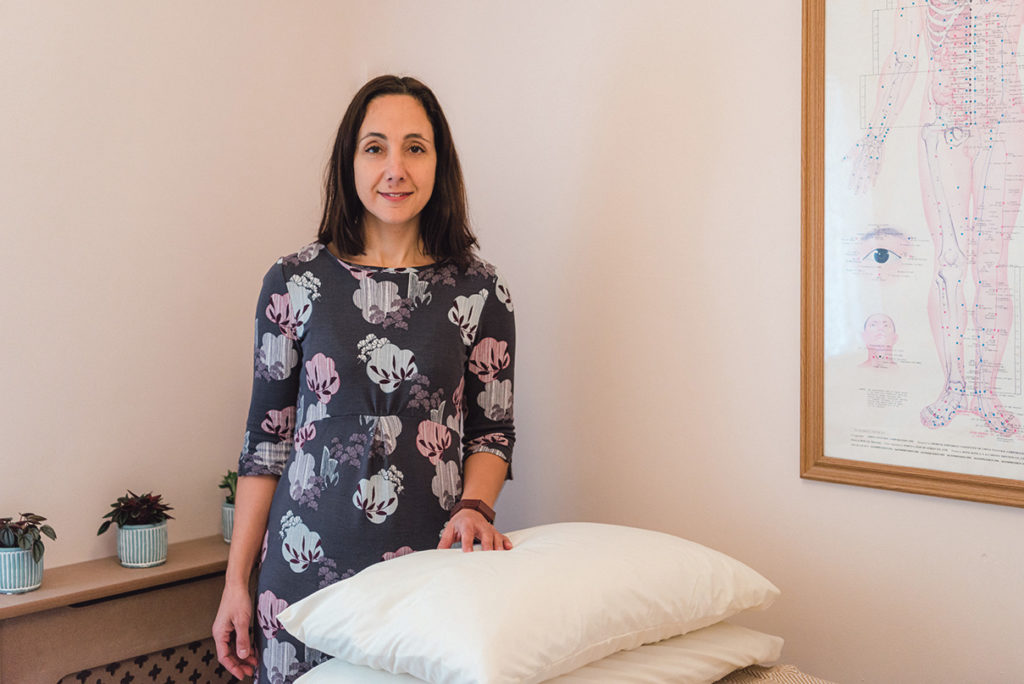